A COMEDIAN reckons he has summed up Scotland – posting a picture of his dad “sunbathing” next to a pile of snow.

Marc Jennings, from Clydebank, West Dunbartonshire, shared the picture of his father in shorts and sandals enjoying a sliver of sunshine.

Hilariously, the rest of the garden is in deep shade and there is a large patch of snow just feet away, a remnant of the ‘Beast from the East 2.’

Marc captioned his snap: “If there was ever a picture to sum up Scotland in March it’s ma da out the back garden soaking up some rays while there’s still a big pile of snow next to him.”

Social media users were loving it and the post has attracted over 17,000 likes and been shared almost 9,000 times. 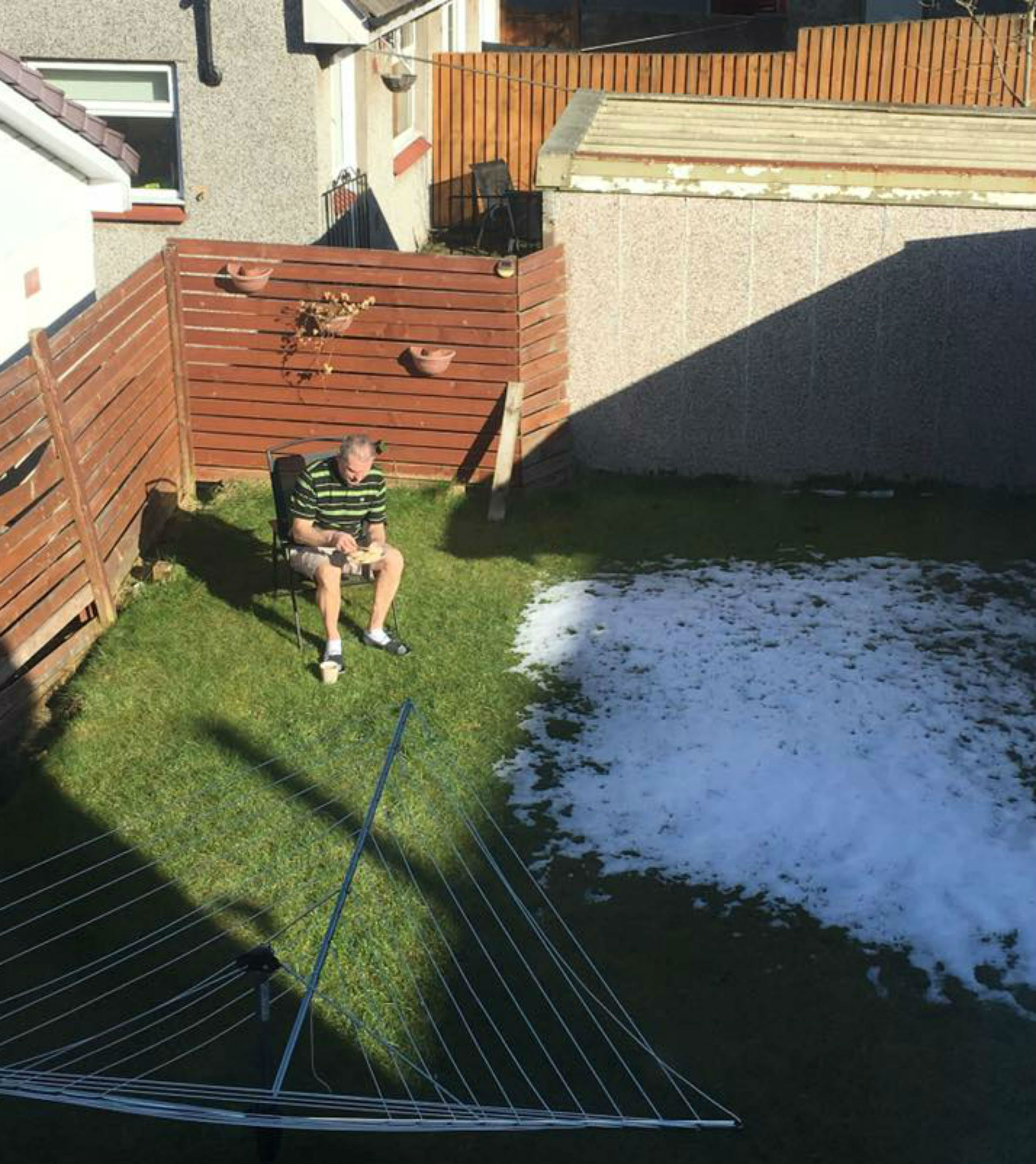 The image shows Marc’s optimistic old man sitting bathing on a deck chair in the only corner of his garden which is kissed by the sun.

He is wearing shorts and a t-shirt while also commiting the cardinal sin of wearing socks with sandals.

To complerte the happy scene, he has a plate of biscuits on his lap along with a cup of tea.

The image shows that Marc’s dad could stretch out with one of his sandals and touch the large, stubborn patch of snow still covering much of the lawn.

The temperature yesterday (tues), when the picture was taken, reached a balmy 10 degrees C in Clydebank. 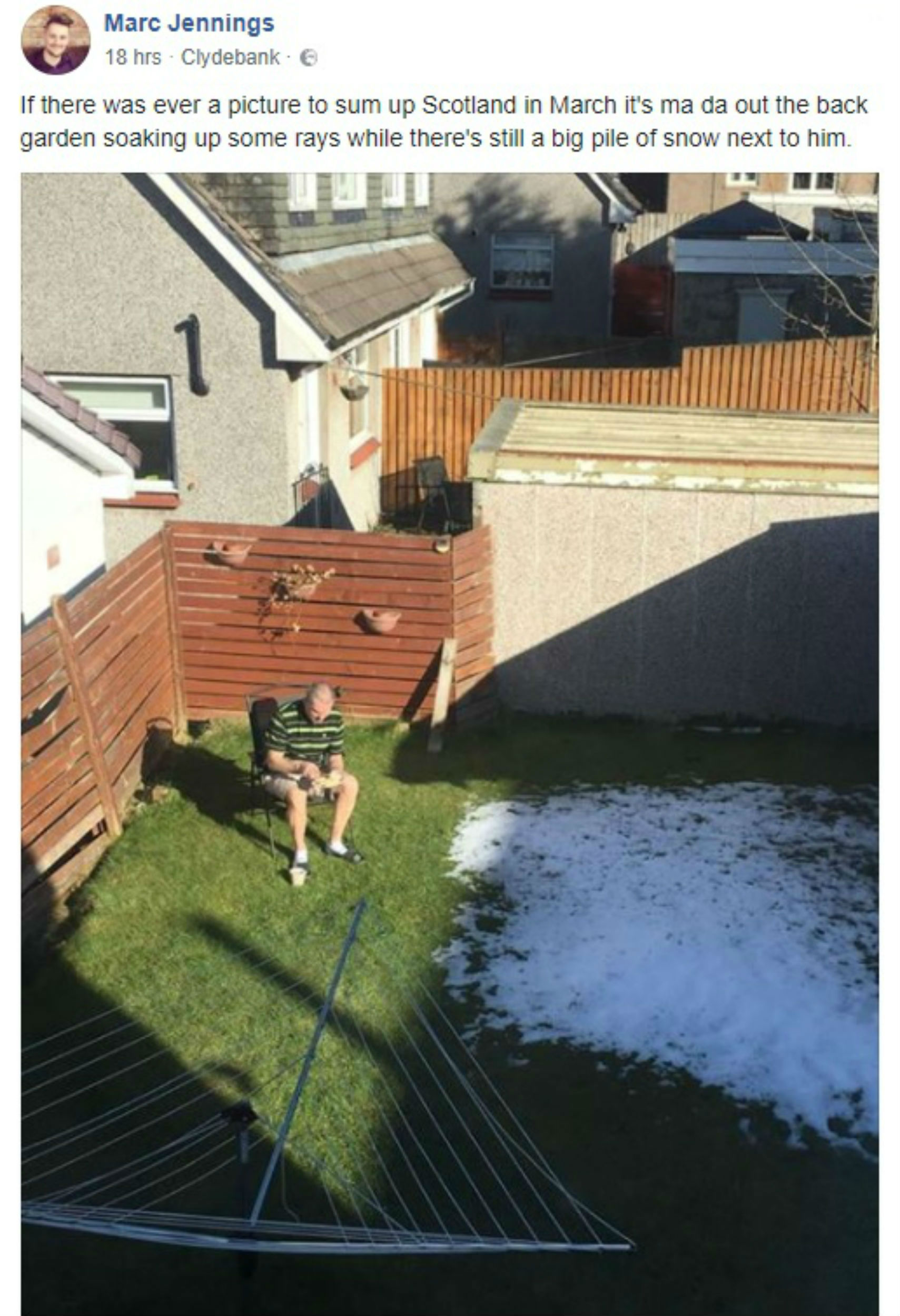 On social media, Patrick Rolink said: “That’s so Scottish and so funny.”

Stephen Mcanally said: “Cup of tea and socks with sandals. Living the dream.”

Marc Jennings, 27, was a finalist in the Scottish Comedian of the Year award at the Glasgow International Comedy Festival last week.

The English literature graduate has previously been selected for the BBC’s New Comedy Award competition as well as being nominated for Best New Comedian at the Scottish Variety Awards.

His material has often been politically charged, and has heavily featured Scottish Independence and Brexit.