Hibernian winger Martin Boyle insists the news that he is to become a dad for the first time will only reinforce his desire to build on what has been the best season of his career to date.

The 24-year-old and fiancee Rachael Small, who plays for the Easter Road ladies team, shared their announcement with friends and family earlier this week following the 12-week scan.

The sight of the fleet-footed Boyle running full-pelt at opposition defences has regularly set the Hibs supporters’ pulses racing, however, it was the sound of the player’s unborn child’s heart beating that brought home the enormity of the treasured life-changing event. 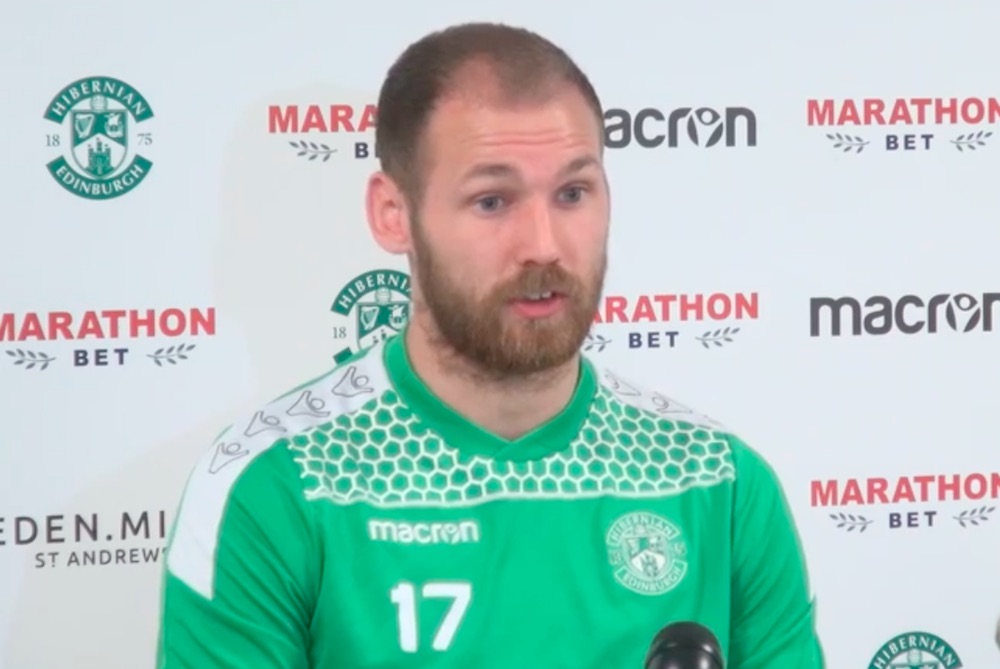 Boyle, who was rewarded with a new three-and-a-half year contract in December after becoming a key player in head coach Neil Lennon’s team, admits he will relish the extra responsibility of providing for an enlarged family.

“It’s great news,” beamed Boyle, “we’ve had the scans and we heard the heartbeat for the first time the other day so it’s all positive.”

“No, it was brilliant. I was delighted, the family are chuffed and we all can’t wait for it to come around. The baby is due on September 9.

“It’s definitely a life changing thing. Hopefully I can calm down now.

“All joking aside, I am in a happy place at the moment, the football is going well.

“Hopefully that can continue. It has been a fantastic season for me and the team.

“I need to strive on that bit more now. I have to provide for my fiancee and the baby to come.

“It’s all about making my family proud by continuing what I am doing.

“I am always trying to be as happy as I am and to be a good person.

Boyle, who moved to the Leith side from Montrose on an initial loan deal in January 2015, is riding the crest of wave, with news of impending fatherhood preceded by his new deal.

“The baby news came after the new contract but it was great for me to get tied down when I did,” he added.

“As soon as the gaffer told me he wanted me to stay I was desperate to get it done.

“He has really brought the best out of me and I feel I am playing well at the moment.

“So everything has come along at once – hopefully it doesn’t all go downhill from here.

“It’s been brilliant and hopefully we can drive on and push further up the league.”

Hibs return to Premiership action at home to Partick Thistle today, the first of three games in a week that also includes games encounters with Hamilton and Ross County before the Ladbrokes Premiership split, and have designs on catching third place Aberdeen, but Boyle is also wary of in-form Kilmarnock breathing down their necks.

He added: “We want to push on, there is a good opportunity for us in the coming weeks.

“We have massive games coming up that we need to approach properly and earn the right to win.

“There are teams chasing us who want to be in the position we are in so we need to be aware of what is behind us and kick on even more.”