A GRANDMOTHER is waiting to have all four limbs amputated after falling victim to sepsis from a “paper cut”.

The family of Marguerite Henderson were told to prepare for her death while the 54-year-old lay in an induced coma for seven days.

Marguerite from Crosshill near Lochgelly, Fife, pulled through but doctors have no choice but to amputate all four limbs as a result of the deadly infection.

Now Marguerite’s family have launched a fundraising campaign to raise £80,000 to give the former Fife Council support worker a bionic hand, prosthetic legs and an electric wheelchair. 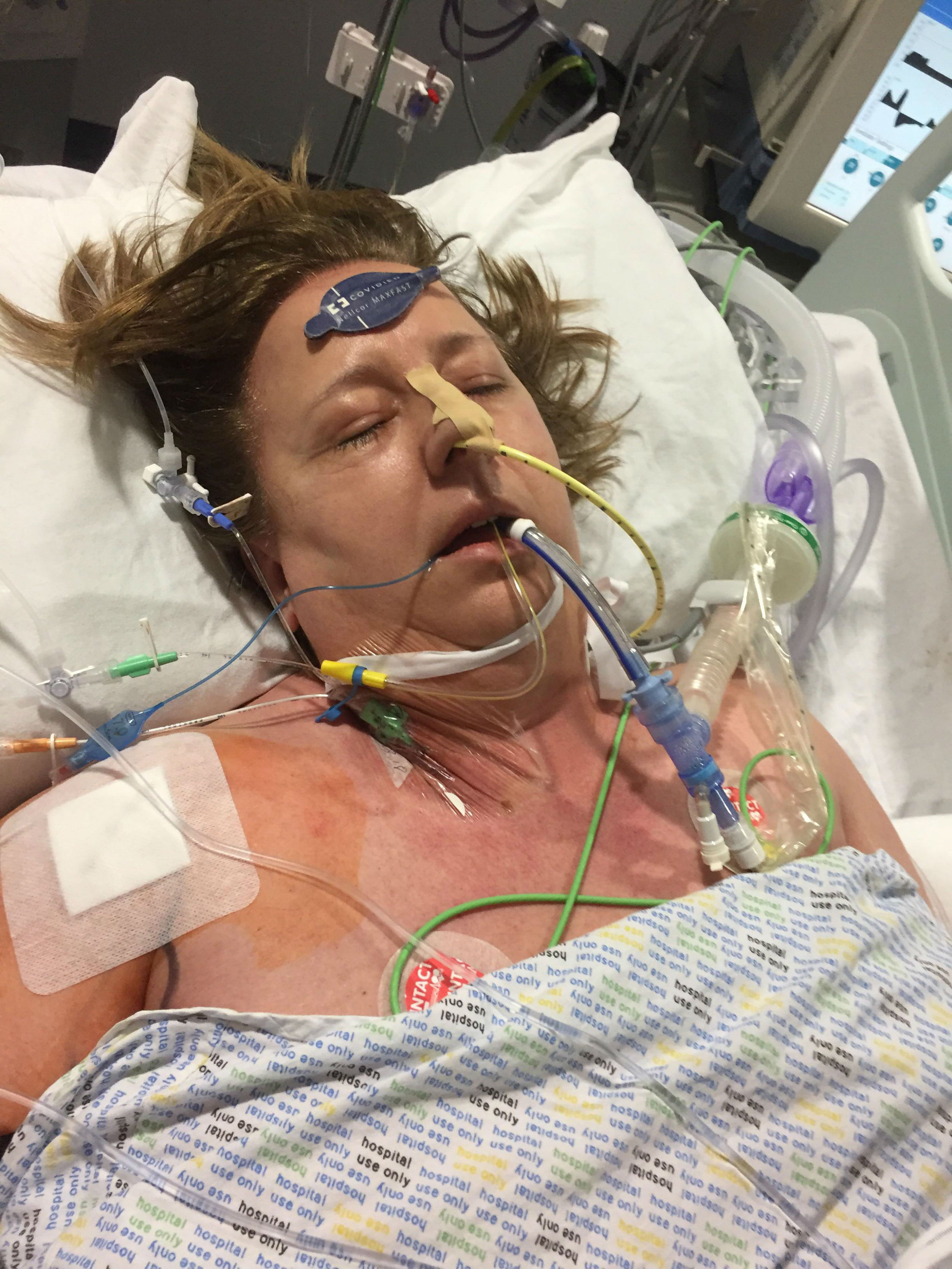 Speaking today, Marguerite’s eldest daughter Kim Donnachie, said: “She noticed on the Sunday (25th, Feb) that she had a tiny cut on her index finger on her right hand.

“It was that miniscule, she doesn’t even remember how she got it. It was just a cut the size of a papercut.

“By the next day it looked infected so she went to the pharmacist to see if they had anything for it and they told her to get it checked by the doctor so she got an appointment for the next day.”

But the next day Marguerite felt too poorly to make the appointment and the day after that the “Beast from the East” struck the UK.

Kim said: “By lunchtime she was so unwell, she couldn’t walk, her lips were blue and she was turning grey so we rushed her into hospital.

Marguerite and her two children Kim, 27 and Emma, 18 were told by doctors at Victoria Hospial in Kirkcaldy, Fife that she had contracted sepsis. 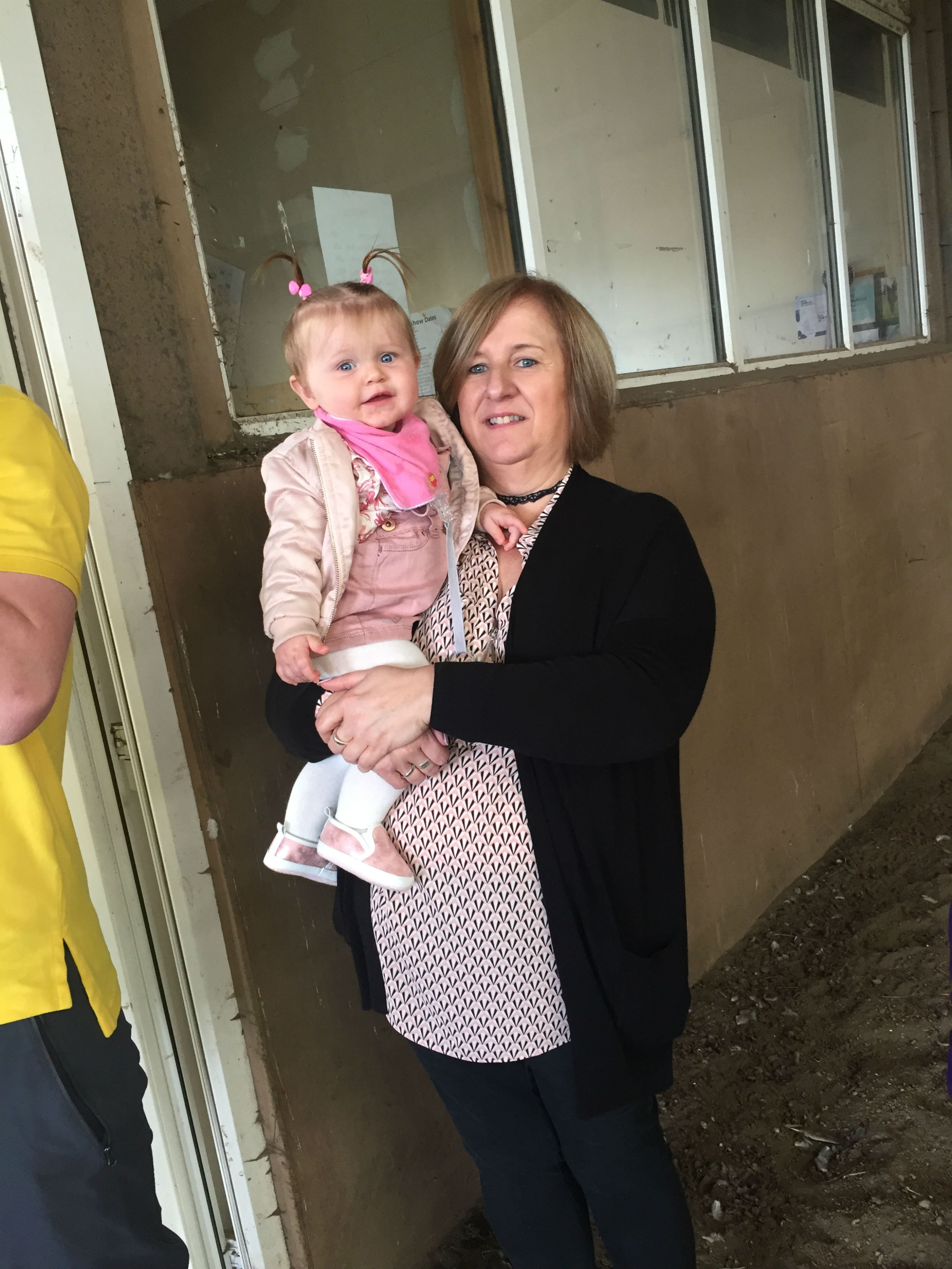 The next day the former nursery worker was rushed into intensive care when her organs began to fail, resulting in her being put on dialysis.

Marguerite’s family were inititally told she would be put in a coma for a couple of days and she would wake up better.

But as soon a she was put under, the family were taken into a room and told to prepare for the worst.

“As soon as she was put to sleep they told us she could die. We’ve found out now that nurses were told at the time she was going to, and it was just a matter of time, but she’s been a fighter”, Kim said.

Marguerite was kept in the coma for seven days. 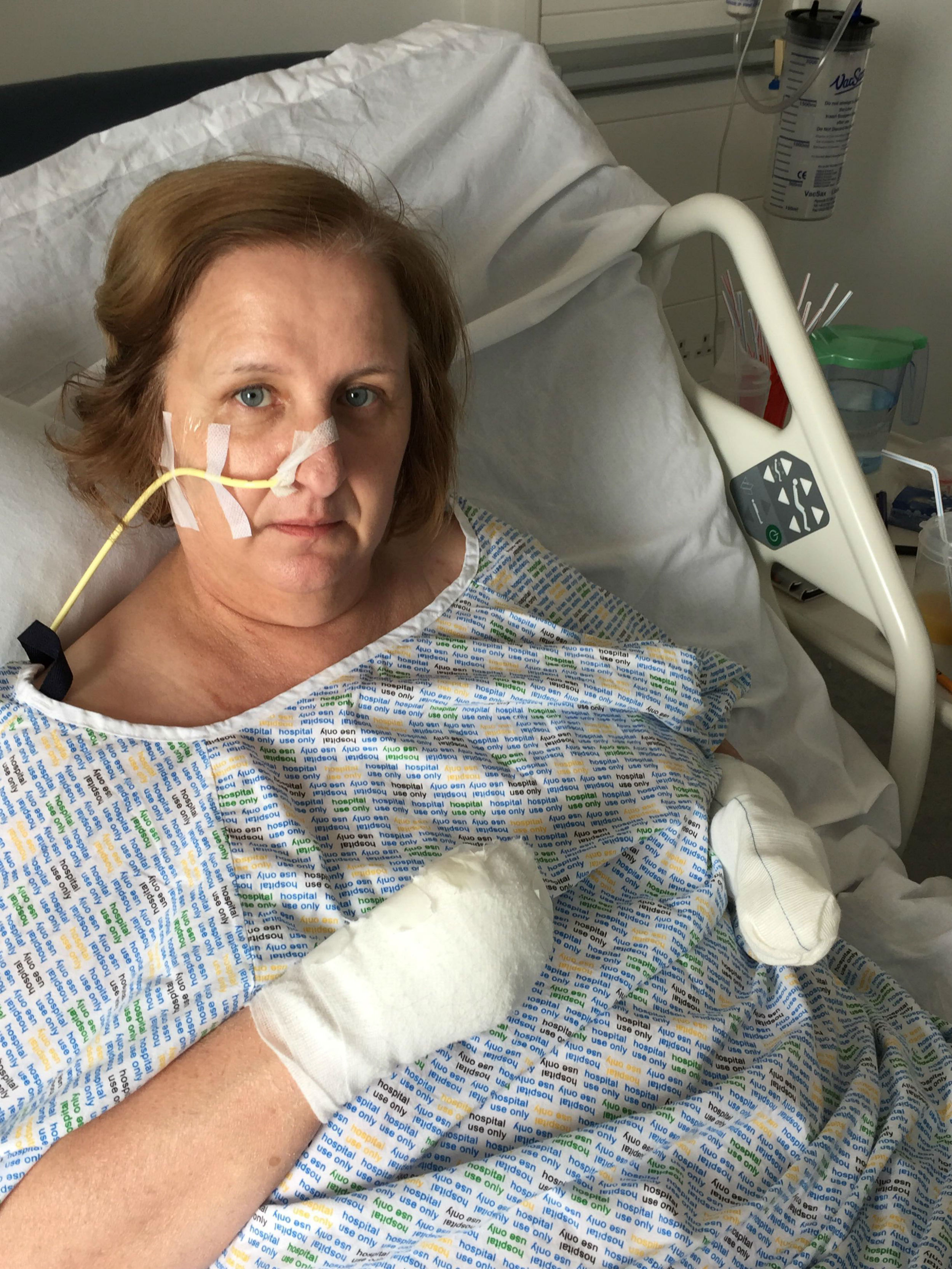 Kim said: “On Monday the 19th we were sat down and told it’s definite she would be having to get all her limbs amputated . The amputation of her arms is scheduled for Tuesday and her legs will be a couple of weeks later.

“They’re all black and bandaged up at the moment so they can dry out before surgery.”

Kim set up a Crowdfunding page in order to raise £80,000 to help give her mum the most comfortable life possible.

At the moment, the NHS can provide basic prosthetics but told Kim and her family it is highly unlikely they could get further funding for better limbs.

“She used to drive and would always be on the go. She was so devastated about it all but now she is saying she knows she’s lucky to be alive. She wants to make the most of her life and enjoy being a grandmother.”

Sepsis is the primary cause of death from infection around the world and claims around 40,000 lives in the UK each year.

The condition is triggered by an infection.