Joe Heenan strikes again, giving son an “iPhone” made from a real apple

The boy must have felt like Christmas had come early when he was presented with an ‘Apple phone’ as a generous Easter present.

But he was brought crashing back down to earth when he opened the box to found a real apple – with a slice taken out of it, a keypad scribbled on, and an aerial.

The funnyman, who has previously tricked his kids, took two pictures of the youngster – one gleefuly clutching an Apple iPhone box, and a second looking glum with the fruity imitation in his hand.

Captioning it: “Told my son I got him an Apple phone for Easter”, he posted them to Twitter and went viral, with the post being retweeted almost 14,000 times and attracting almost 24,000 likes. 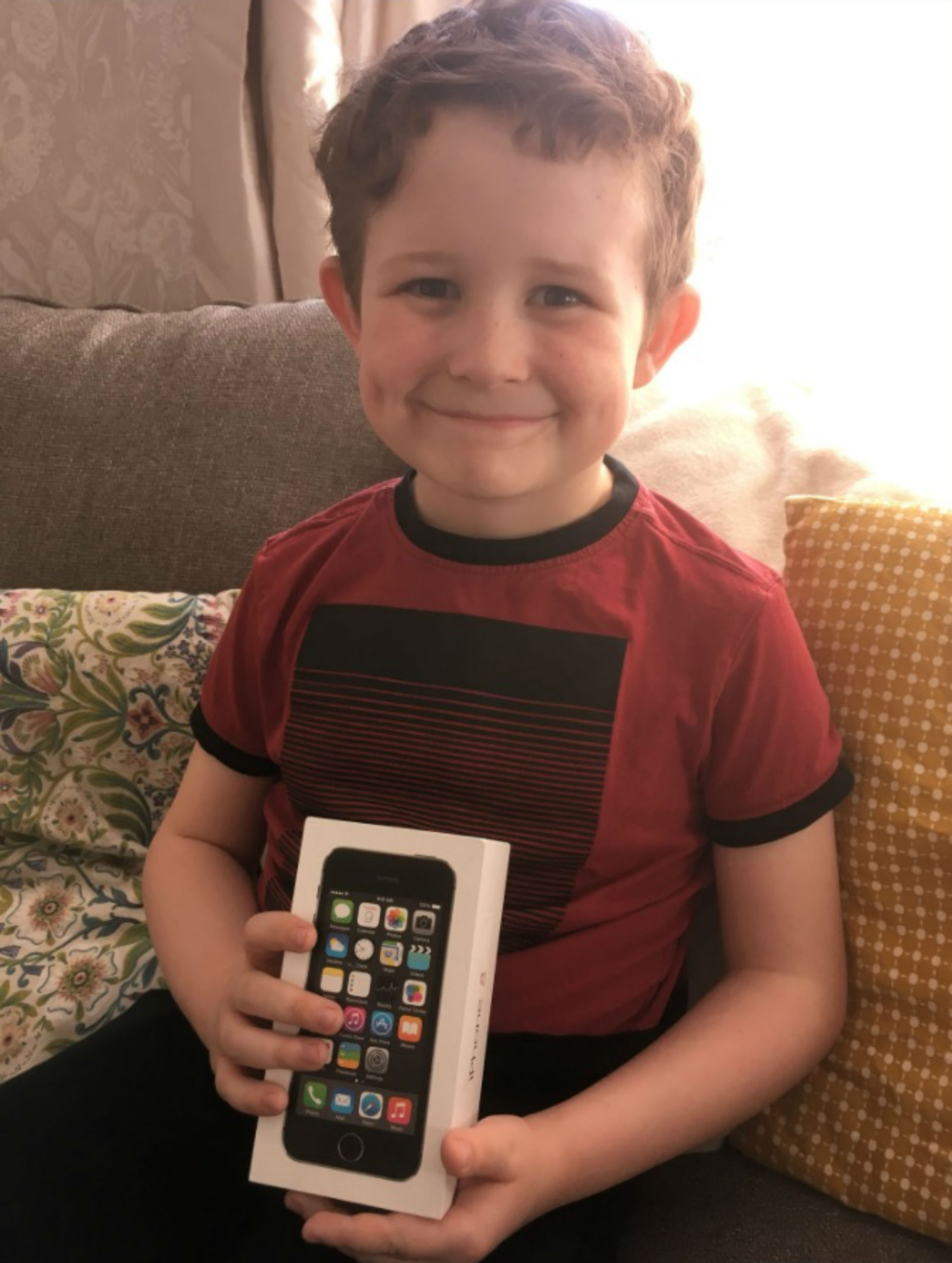 In the ‘before’ image Heenan’s son sits proudly showing off his new ‘iPhone’ with an ear-to-ear grin spread across his face.

But after the trickster’s real intentions had been uncovered his mood appears to have been the polar opposite. He is now slumped on the sofa with a frown while displaying the phony present.

With a slice having been taken out of the apple, a fake keypad has been drawn on and what appears to be a straw sticks out of the top to look like an aerial.

A sticky note can be seen on the inside of the box saying: “Ha ha, April fool.” 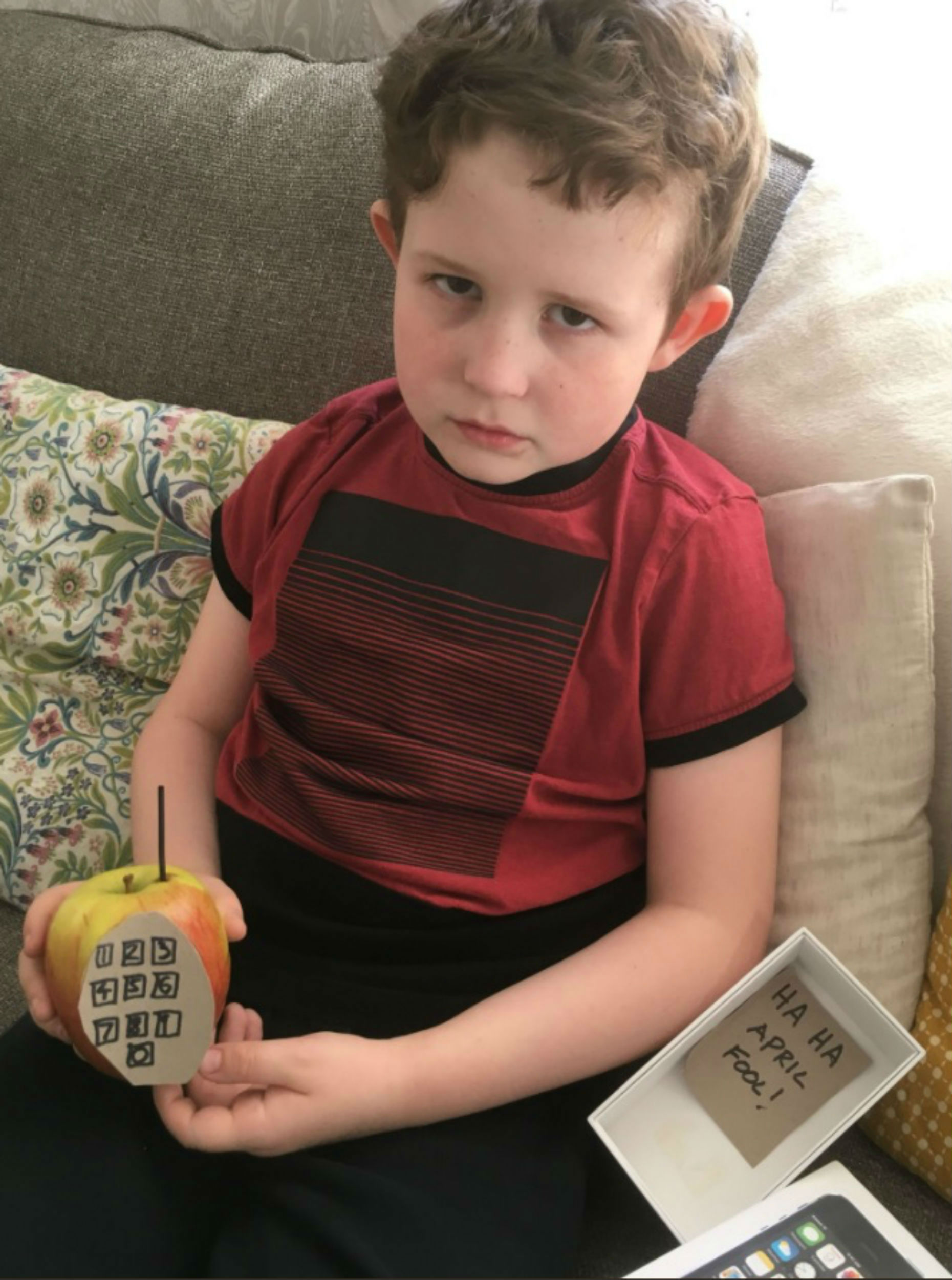 Alex Winters said: “He is utterly brilliant. His face in that second pic is hilarious.”

Ger Lundie said: “Shouldn’t laugh but his face in the second picture.”

Matt Halliday added: “I love it.” 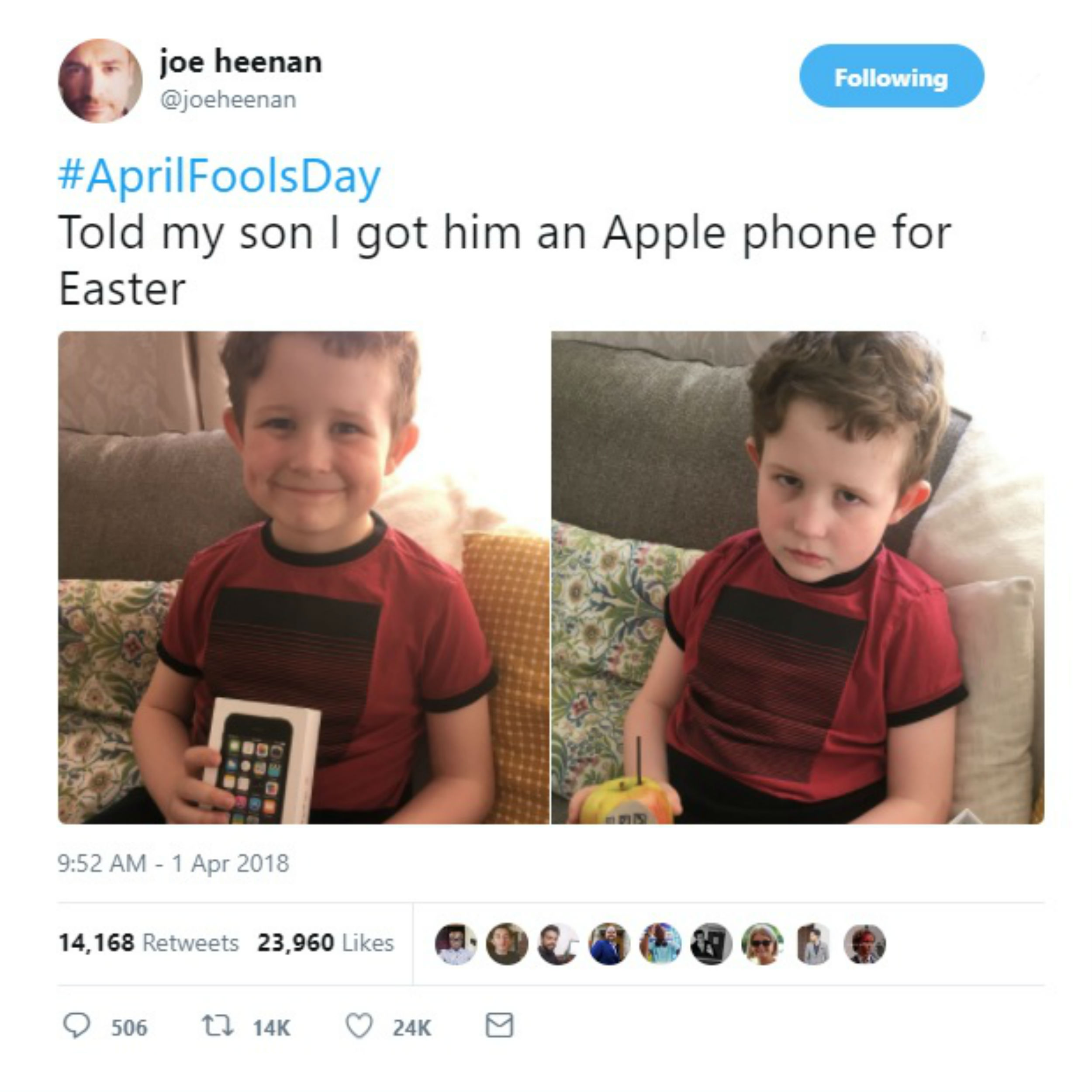 However not everybody saw the funny side and some users slammed him for tricking his son.

Fiona Green said: “It’s mean and unfair on a child either way and certainly no joke.”

Another Twitter user said: “That is plain cruelty. He will never ever trust u again. I am so sorry.”

While another added: “Some people should never have kids.”

Two years ago Joe Heenan pulled off a similar prank on his children. Presenting them with a iPad box, he got them all excited until they opened it to discover an almost identical note to this time out. It read: “April Fool! Ha ha.” 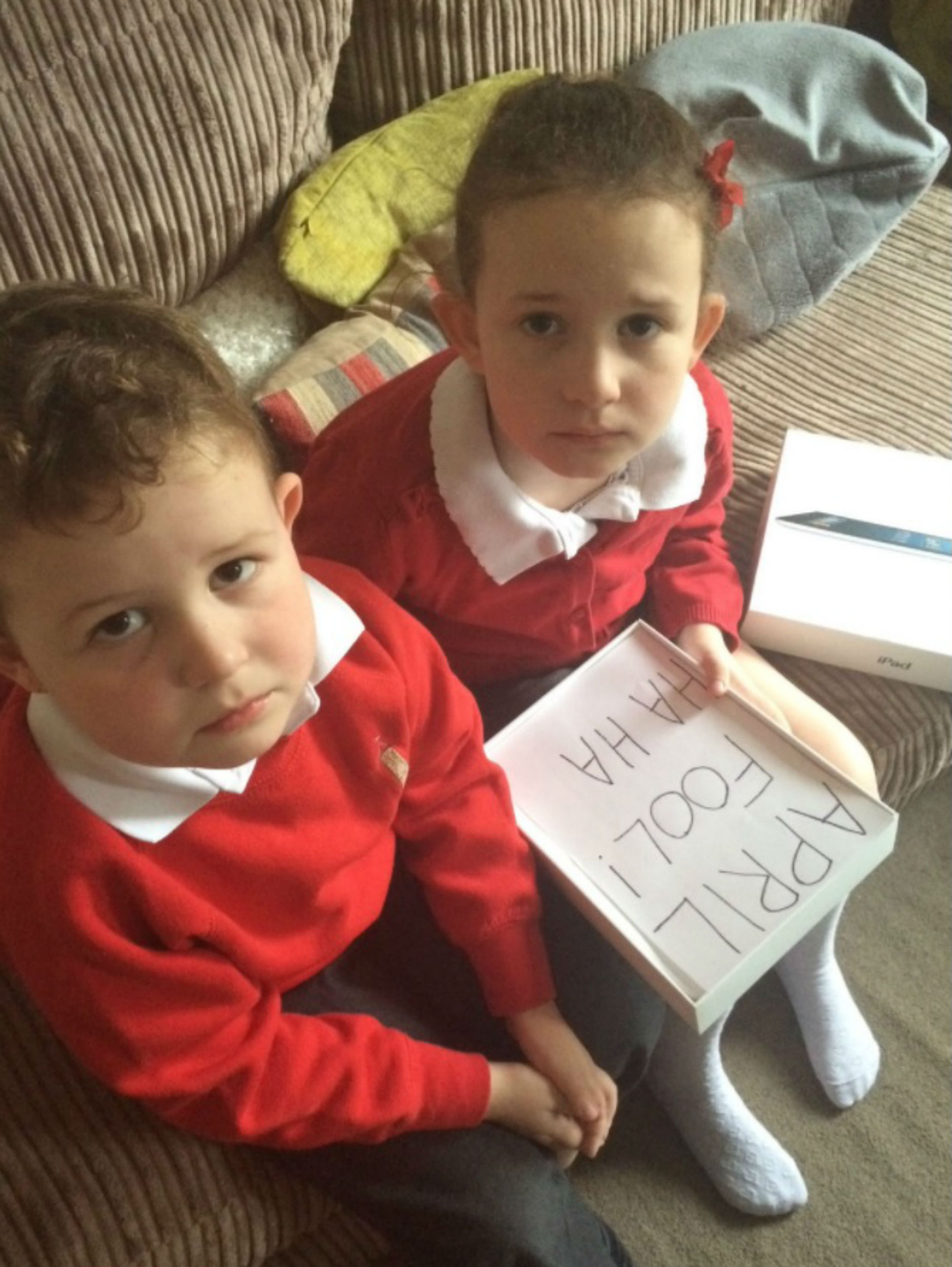 He again shared a photo of them appearing gloomy and captioned the photo: “Told my kids I got them an iPad but it’s just the box.”

Even that wasn’t the first time he had got one over on his offspring, with a string of jokes at their expense appearing on his timeline.

On World Book Day, the Scottish comedian joked that he was sending his kids to school dressed up as pages from an Argos catalogue.

Joe said he was forced to be creative when he remembered at the last minute that his children were supposed to go to school in fancy dress.

So he shared the hilarious picture of his disgruntled children clutching a haridryer and a toaster with the caption: ‘Forgot they had to be in costume, so they’re going to school as pages 89 & 165 out of the Argos catalogue.’

He also made his daughter a makeshift school bag from a beer box and some string, and created a pool table using various pieces of veg and mugs for holes on a coffee table.