The talented playmaker was part of the team that was defeated by Danish side Brondby on penalties at the second qualifying round stage in July 2016 after the Leith side qualified for Europe through their historic Scottish Cup triumph.

Finishing third in the Premiership would guarantee a place in the continental competition although fourth would also likely offer a route into the Europa League should Aberdeen beat Motherwell in Saturday’s Scottish Cup semi-final. 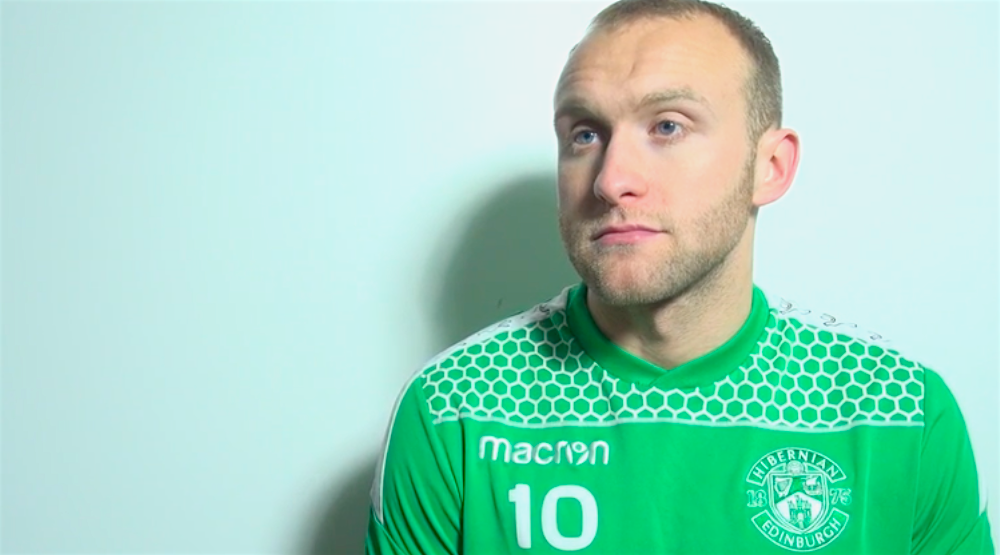 Former Celtic trainee McGeouch’s future at Hibs next season remains uncertain having attracted interest following an eye-catching campaign in the final year of his contract.

However, the 25-year-old is still determined to give the supporters something to look forward to.

McGeouch said: “It was a great time, going and winning the cup and then going into Europe, we gave it a good go.

“We went to Brondby and got put out, but we beat the (Danish) champions over there on their own ground and it was great occasion for the HIbs fans to get away on a European trip – and it’s something we would be looking to do this year as well.

“If we could do that from finishing in a good position in the league then that would be brilliant.”

Hibs are currently only three points adrift of Aberdeen and Rangers, who are third and second on goal difference respectively, ahead of the post-split matches, while Kilmarnock are seven points further back having played a game less.

And despite admitting they would be thrilled to be where they are now at the start of the season, McGeouch insists the players are desperate to finish higher.

He added: “It’s been a great campaign so far but we need to finish it off, we are still in danger of finishing in fourth or fifth.

“We need to make sure we’re making these games top priority and get the most amount of points possible.

“We’re three points off second place so everything is there to play for and hopefully we can collect some points and put in a claim for second place.

“Everyone is tipping Aberdeen, they’ve been up there the last few years, and Rangers as well as they’re stronger this year, but this is our first season back and to be three points off second place at this point of the season – we would have bitten your hand off for that in pre-season.

“We’ve been doing it quietly but we have belief we have a good enough squad.

“We can really challenge these teams and we’ve shown that during the season in the games we’ve played against the top four teams that we can give them a game on the day.”

McGeouch’s impressive personal season was recognised by Hibernian Supporters Association after being named their Player of the Year.

The dynamic midfielder, who was called up for Alex McLeish’s first Scotland squad before having to pull out with a minor groin complaint, admits he is delighted to be an integral part of the team this season following years of injury woe.

Speaking to Hibs TV, he added: “I hope they’re enjoying my performances, the team are playing well so really it’s a collective.

“For me to get it is excellent although there is still a lot to do.

“It’s been a good season and I think everyone is really enjoying it, especially the fans.”