A TWITTER user has been trolled after trying and failing to shame a teenager over her grammar on Tinder.

18-year-old Nicola Hawkins from Manchester wrote on her Tinder bio that she knows the difference between “you’re” and “your”, before jokingly using the wrong word in her next sentence.

Unfortunately for Jake Cartwright, he failed to spot the joke and piled in to accuse her of not knowing the difference.

And that resulted in him getting a pasting from Twitter users who accused him of being “dumb”, “stupid” and “slow”. 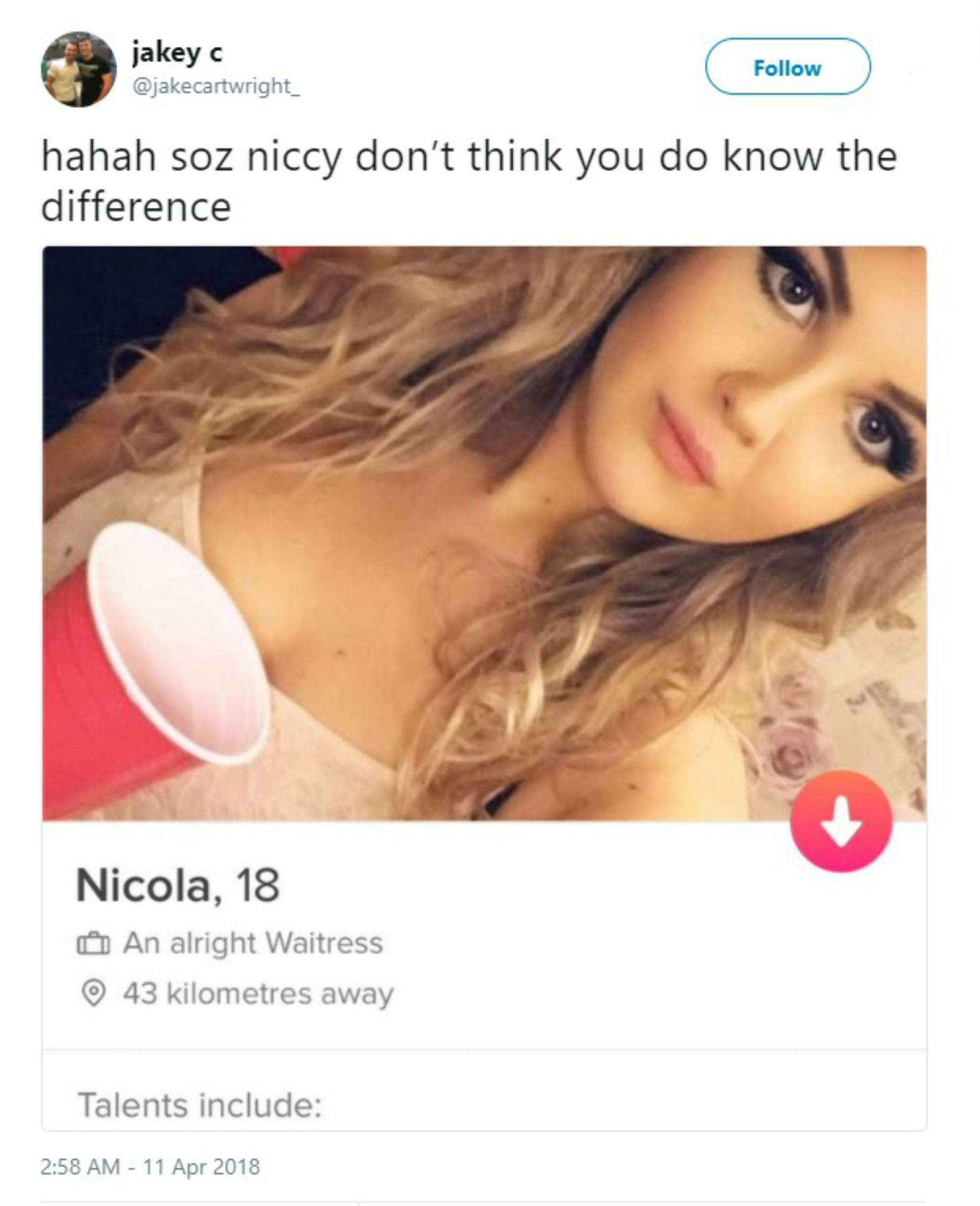 Jake’s ill-judged tweet has been retweeted almost 20,000 times and attracted likes from over 100,000 social media users.

Nicola’s Tinder profile shows her and a pal posing for the camera with drinks in hand.

Underneath is her bio which states: “Talents include binge drinking and knowing the difference between you’re and your.”

She then made a deliberate mistake by writing: “Not you’re average girl can get ready in 45 minutes.”

Jake spotted the “blunder” and posted a screenshot to Twitter with the caption: “Soz Niccy don’t think you do know the difference.”

Defending herself, the waitress acidly replied: “Thanks for the tip. Think I do though, that’s kinda the point.”

Twitter users piled in, including Chris O’Rourke who wrote: “Calm down Jake it’s quite clearly a joke, have your retweets and move along. You’re the one who looks stupid because you didn’t get the joke.”

Another said: “If you can’t see that this is a joke, you’re very very slow.”

Another added: “Man’s just mugged himself by trying to mug someone else. Bet he gets girls being that intelligent.”

Another said: “When you make fun of someone for saying something you think is dumb, but you’re actually the dumb one.”

Ayla Harris was among the minority to side with Jake, writing: “Genuinely don’t think she meant it as a joke though.”

Another user added: “The joke was terrible if it even was a joke.” 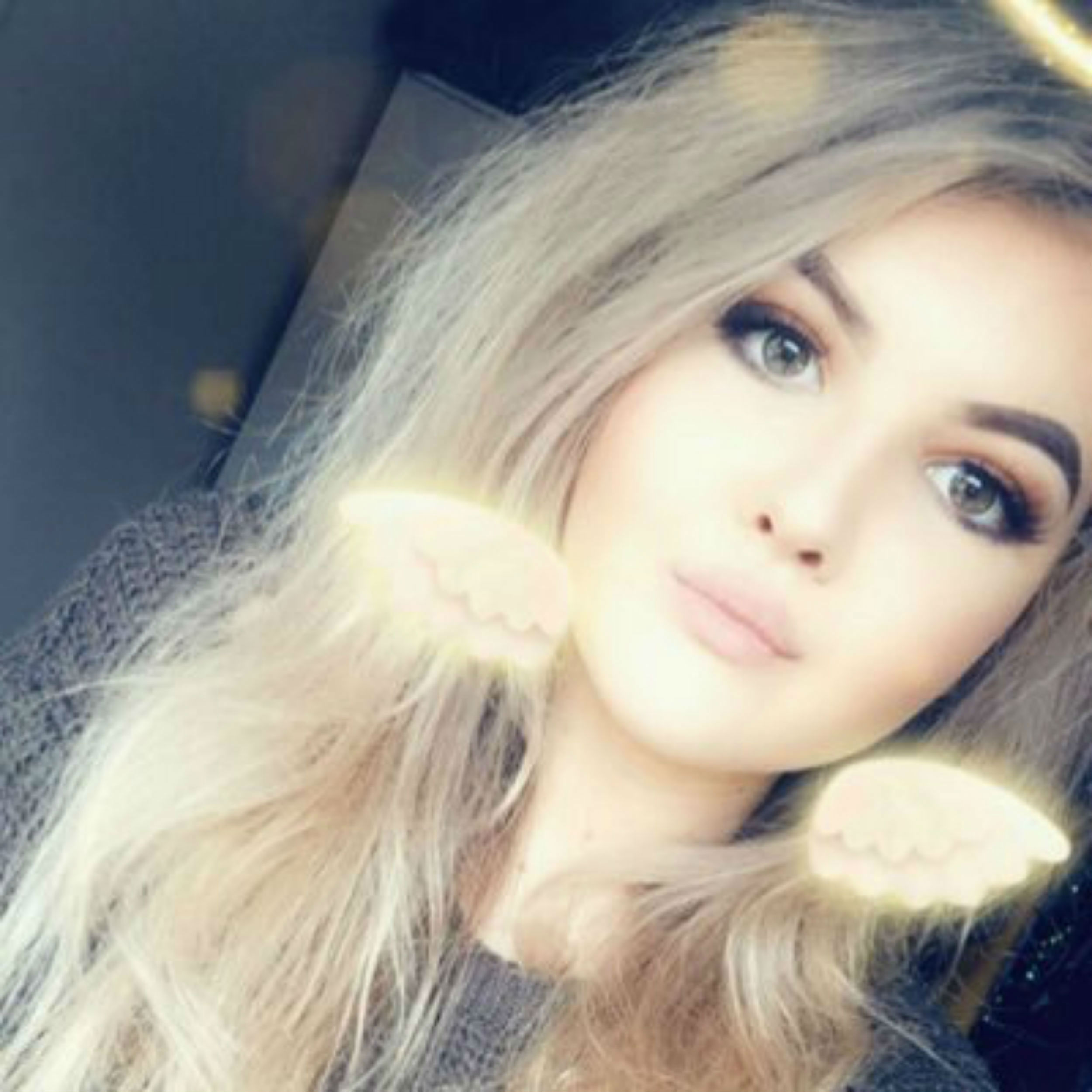 Speaking today (FRI), Nicola said: “It’s actually mental. It was a joke, I mean if it wasn’t a joke I would’ve changed it the first time someone mentioned it.

“But so many people have actually been so supportive especially on twitter, and I really appreciate it especially since I only got twitter because I found out about it.

“The support from other girls and even my mates is actually crazy, I think so much so that it filters out the bad stuff.”

The episode has earned the waitress some fame on the dating app.

“A lot don’t even notice but quite a few get it. There’s been a few that’ve been like oh my god you’re the twitter girl, or ones that’ve got back in contact to say something”, she added.