POLICE are hunting down an angry motorist who fabricated a letter from a chief superintendent in a bid to stop other drivers parking on their street.

A letter was placed on cars in Edinburgh which claimed to be from Ch Supt Lesley Clark.

The official-looking missive, which included Police Scotland’s logo, branded motorists “selfish” and warned they would have to pay for the removal of their vehicles.

But locals reported the letter to the force after growing suspicious about the number of spelling mistakes and its “deranged” tone. 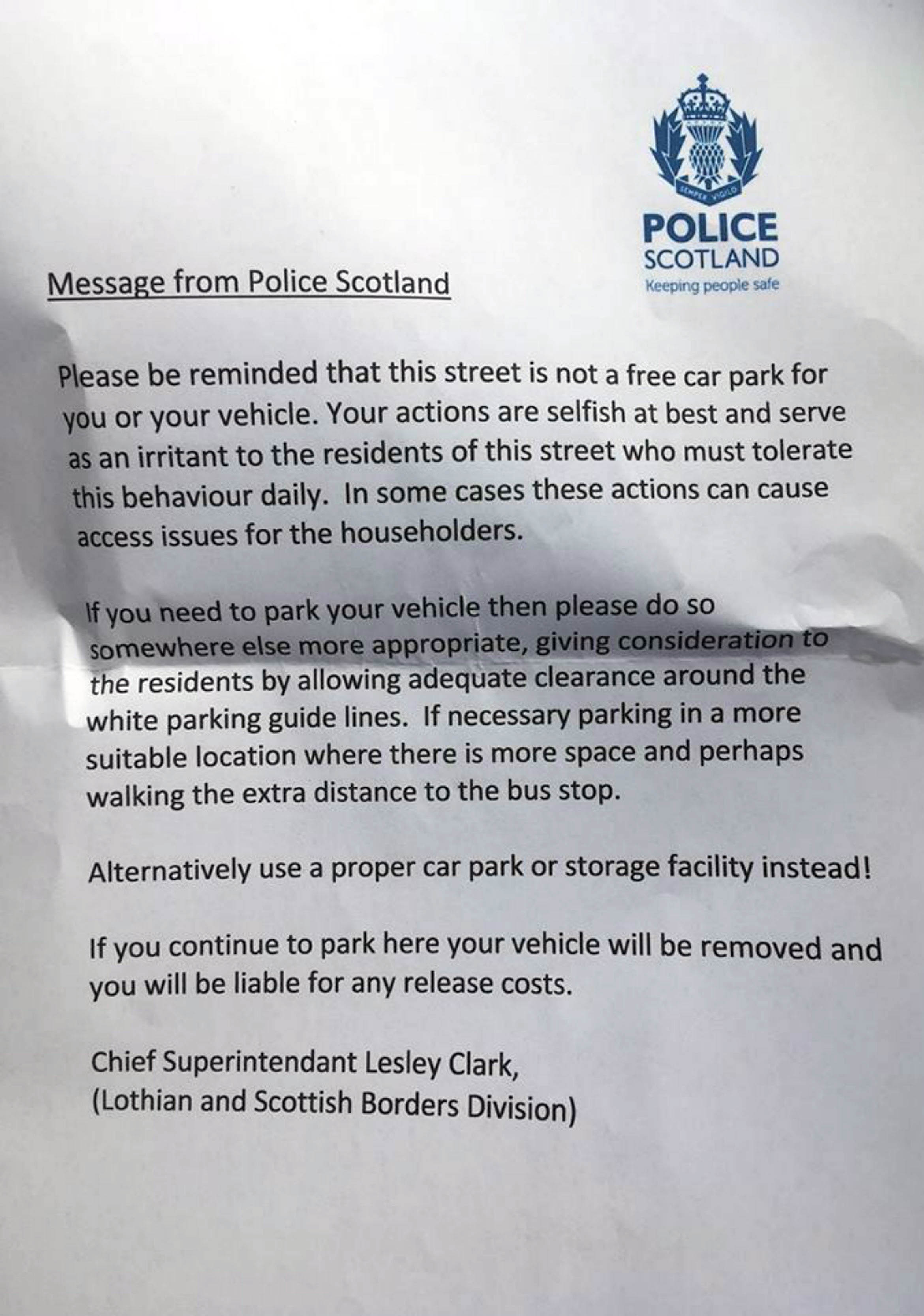 Today (tue) Police Scotland confirmed the note is fake and have now launched an investigation to find the police impersonator.

The letter, left on vehicles yesterday (Mon) in the Firhill area of the city, was headed: “Message from Police Scotland.”

It read: “Please be reminded that this street is not a free car park for you or your vehicle.

“Your actions are selfish at best and serve as an irritant to the residents of this street who must tolerate this behaviour daily.

“In some cases these actions can cause access issues for the householders.

“If you need to park your vehicle then please do so somewhere else more appropriate, giving consideration to the residents by allowing adequate clearance around the white parking guide lines.” 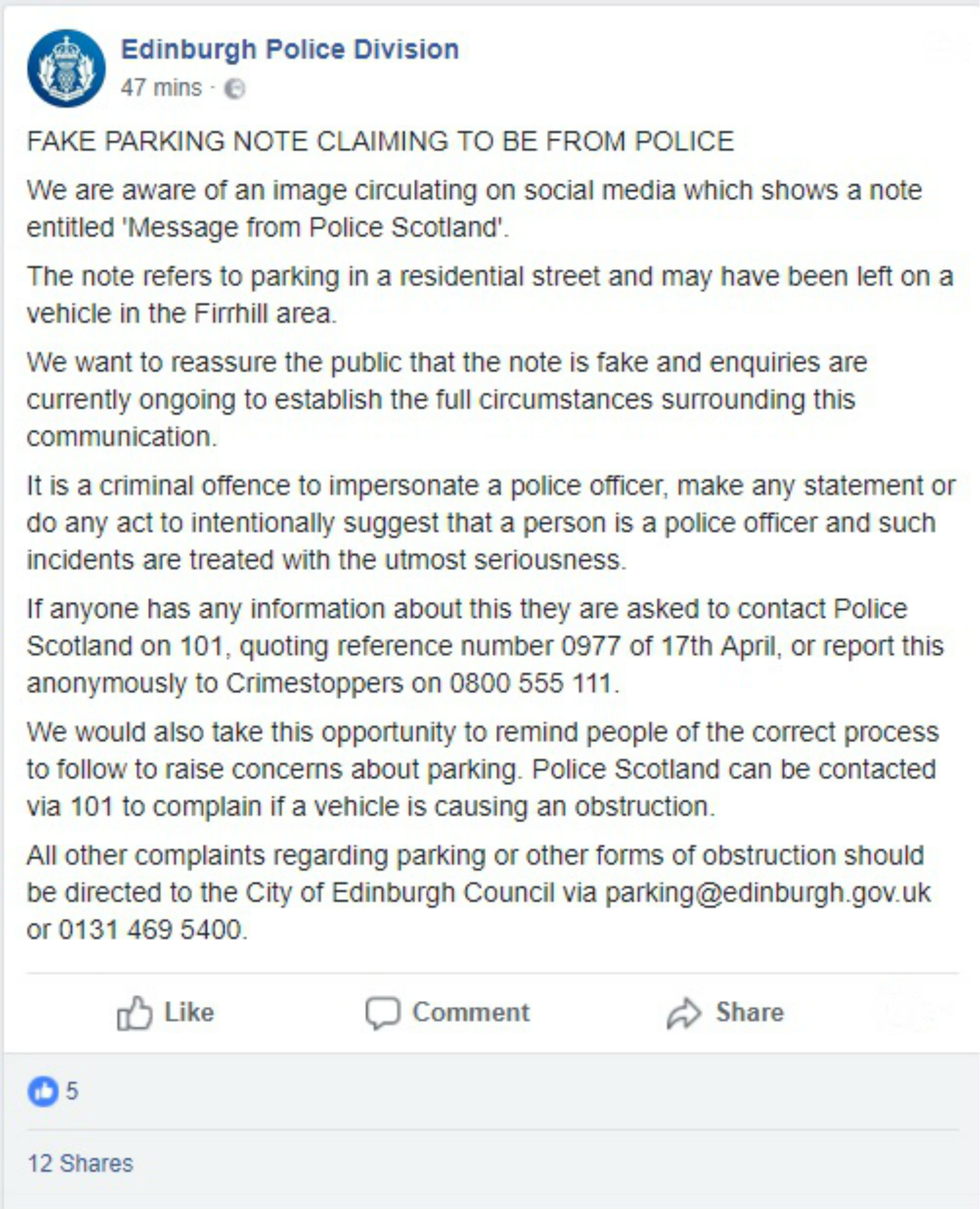 The bogus “superintendant” [sic] added: “If necessary parking in a more suitable location where there is more space and perhaps walking the extra distance to the bus stop.

“Alternatively use a proper car park or storage facility instead!

“If you continue to park here your vehicle will be removed and you will be liable for any release costs.”

A copy of the letter was shared on social media where viewers said the letter must have came from a “deranged resident”.

Police Scotland posted a statement on their Facebook page this morning (tue), writing: “We are aware of an image circulating on social media which shows a note entitled ‘Message from Police Scotland’.

“The note refers to parking in a residential street and may have been left on a vehicle in the Firrhill area.

“We want to reassure the public that the note is fake and enquiries are currently ongoing to establish the full circumstances surrounding this communication.

“It is a criminal offence to impersonate a police officer, make any statement or do any act to intentionally suggest that a person is a police officer and such incidents are treated with the utmost seriousness.

“If anyone has any information about this they are asked to contact Police Scotland on 101, quoting reference number 0977 of 17th April, or report this anonymously to Crimestoppers on 0800 555 111.

They added: “We would also take this opportunity to remind people of the correct process to follow to raise concerns about parking. Police Scotland can be contacted via 101 to complain if a vehicle is causing an obstruction.

“All other complaints regarding parking or other forms of obstruction should be directed to the City of Edinburgh Council via [email protected] or 0131 469 5400.”