A SCOT’S peculiar take on national cuisine has angered her cousin so much that he hilariously invited others to take violent retribution.

When Rebekah Bonar, from Motherwell, was enjoying the Scottish favourite of a lorne sausage roll, she decided to take the less popular step of adding mayonnaise.

And when she then shared it via her Instagram story, it irked Ross Archibald so much that he told his Twitter followers: “If anyone wants to uppercut ma wee cousin for this monstrosity then fire in.”

The post has attracted over 2,000 likes from social media users and been retweeted over 200 times. 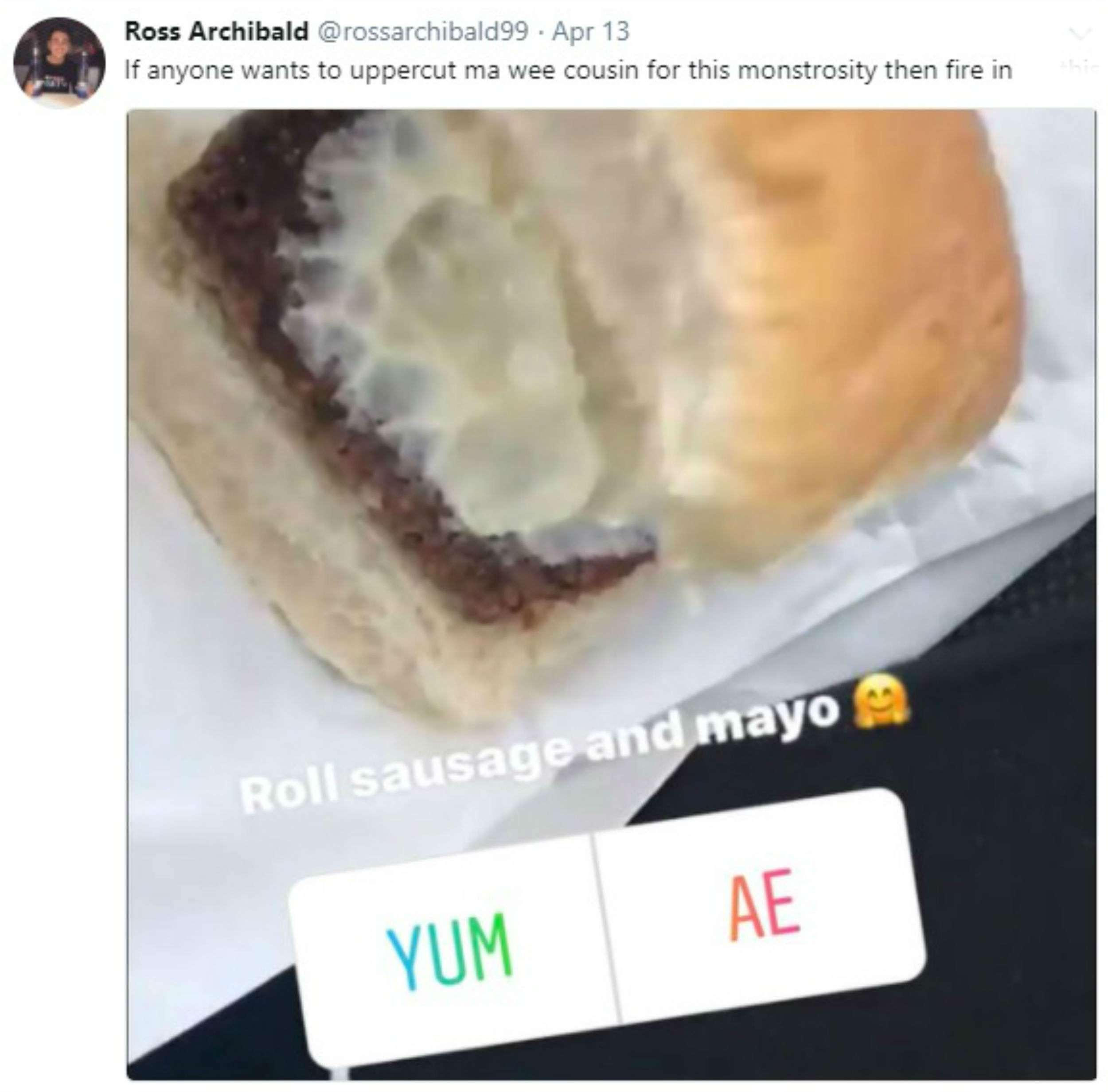 The image shows Rebekah lifting up the top of a morning roll to reveal the sausage in the middle with a thick covering of the mayo on top.

She captioned it: “Roll sausage and mayo”, along with a smiley face emoji.

After her cousin made the disgusted post on Twitter, she replied: “Ross I’m serious it’s amazing, try it and thank me later. Mayo goes with everything, don’t slag it till you’ve tried it.”

Social media users joined the debate, with the majority agreeing with Ross.

Courtney Mills said: “Ew no, even I wouldn’t stoop this low.” 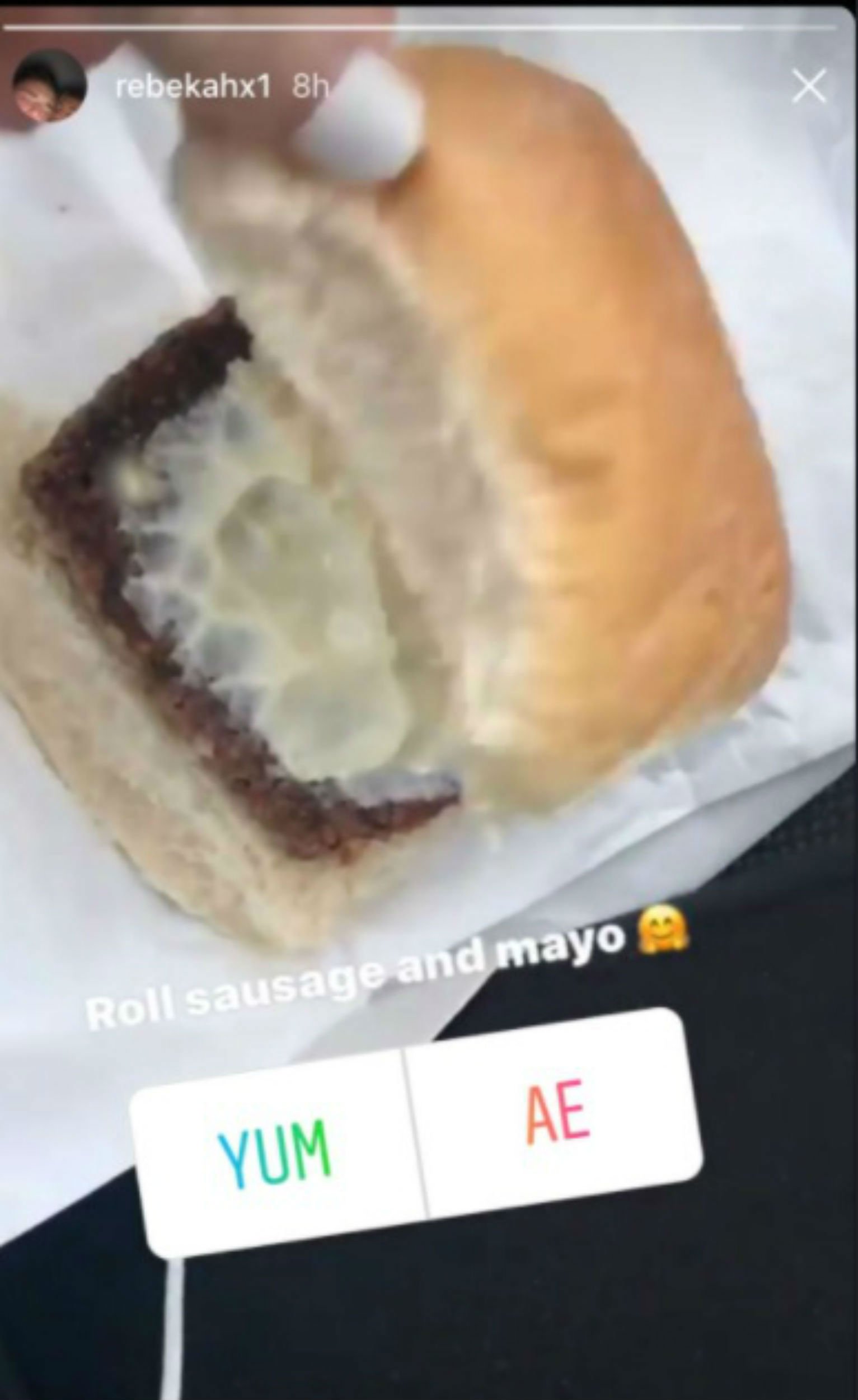 While Ellie Paterson suggested she had tried the same with dire consequences. She said: “Regretted it straight after”, and added a being sick emoji.

However, there was a lone voice who stuck up for Rebekah.

Earlier this year Scottish actor David Tennant faced the wrath of butchers around the country when revealed he wasn’t one of the many scots who enjoyed a square sausage. He compared it to “floor scrapings” and said it’s tough enough to tile a bathroom wall.

However Tennant did admit that he loves another Scottish breakfast favourite – a tattie scone – and urged Doctor Who fans in the US to try them.