The cabbie was filmed happily chatting away about his sexual exploits while driving two females around Glasgow on Saturday night.

He also revealed how while he was driving he had to shout, “I’m trying to drive” when one of the females started groping him at the wheel.

The clips were posted on Twitter on Sunday, captioned “fake taxi” – in reference to a category on pornography websites which sees taxi drivers having sex with their clients.

One of the passengers later revealed that after the camera stopped filming the Scottish driver told her and her friend that he is currently having an affair.

“It was with two black chicks as well. She started running her hand down the front of me and I thought, you know ‘she’s just gonna stop’ and like, not do anything. 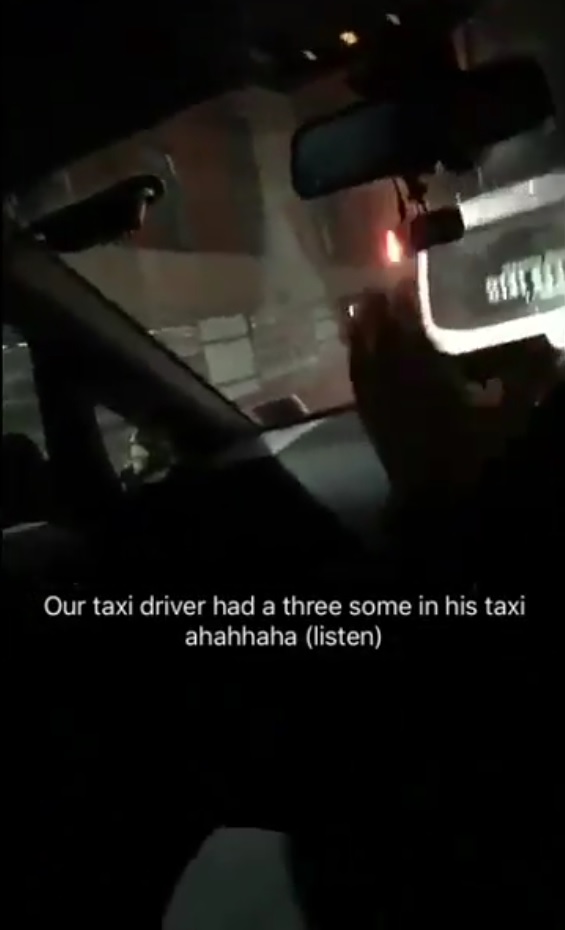 “Then the hand kept going and I was like, well, ‘she’s gonna sort of grab me from outside’. No she didn’t, hands straight down and I was like, ‘I’m trying to drive! You need to stop that’.

“Her pal was sitting laughing in the back so we got to where they were going and somehow or another she was able to pull me in the back of the car and her pal had got out so that was fine.

“So I got out the car and like, got the pal to come back in the car and then we could go somewhere.

The female passenger can then be heard saying: “And then you drove somewhere and f***ed them?”, to which the driver responded saying: “Yes.”

During the clip the driver can be heard laughing about his exploits while his face is barely visible due to it being so dark.

The clip has since been viewed over 5,000 times and attracted hundreds of likes.

The passenger wrote underneath the video: “He said he’s having an affair with some c*** as well. Defo drives the sh***ing wagon.”