EDINBURGH Zoo chiefs received an airmail delivery of panda semen from China in a desperate bid to produce a cub.

After apparently giving up on Yang Guang, the Chinese government agreed to fly “high quality panda semen” 5,000 miles to Scotland. 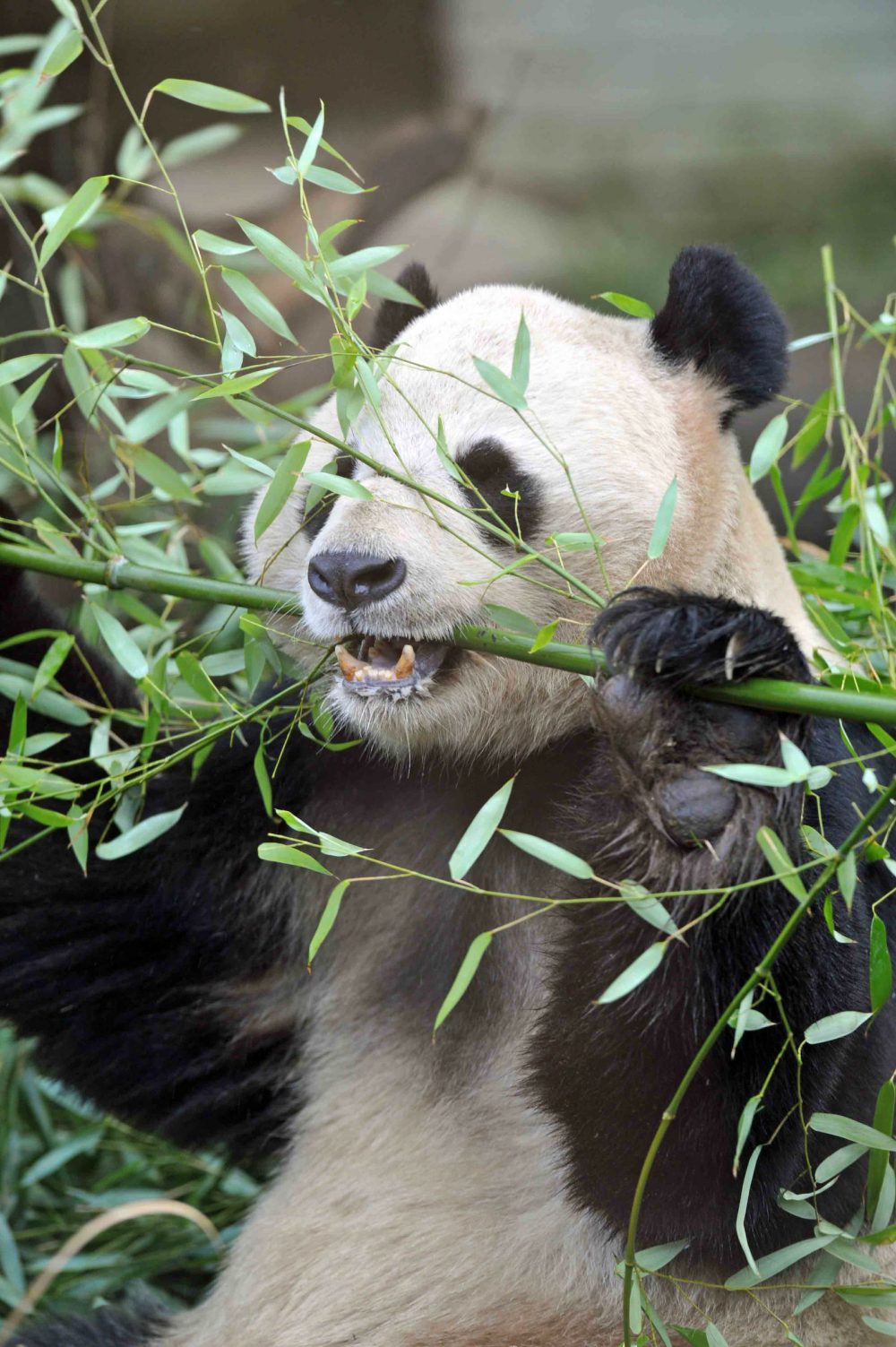 The frozen deposit from the unidentified stud panda was to be used in a bid to produce a cub this summer.

But the zoo, under pressure from animal rights campaigners, announced in March that there would be no breeding programme this year.

The unused ejaculate is understood to be in a freezer at Edinburgh zoo and it is believed it could still be used for artificial insemination.

The airmailing of panda reproductive fluid from China to Scotland was revealed in a letter from Jeremy Peat, chair of trustees of the Royal Zoological Society of Scotland (RZSS), to the Scottish Government on February 7 this year.

“She is a key part of the Chinese Government’s panda breeding programme, and that Government has gone to considerable lengths to provide RZSS with frozen semen from a high quality panda in captivity in China to permit artificial insemination (AI) in Edinburgh in 2018.

“As you will be aware our attempts to date at breeding have been unsuccessful.”

Sarah Moyes, campaigner at OneKind, said: “The news that Royal Zoological Society of Scotland has sought frozen semen from a panda in China raises concerns that there are still plans to impregnate Tian Tian.

“Since coming to Edinburgh, both pandas have been subjected to repeated attempts to produce a cub to boost visitor numbers, including AI which is an invasive procedure.

“OneKind has long-called for Tian Tian to be left in peace. Any panda cub born at Edinburgh Zoo would never be introduced to the wild and would only ever know a life in captivity.” 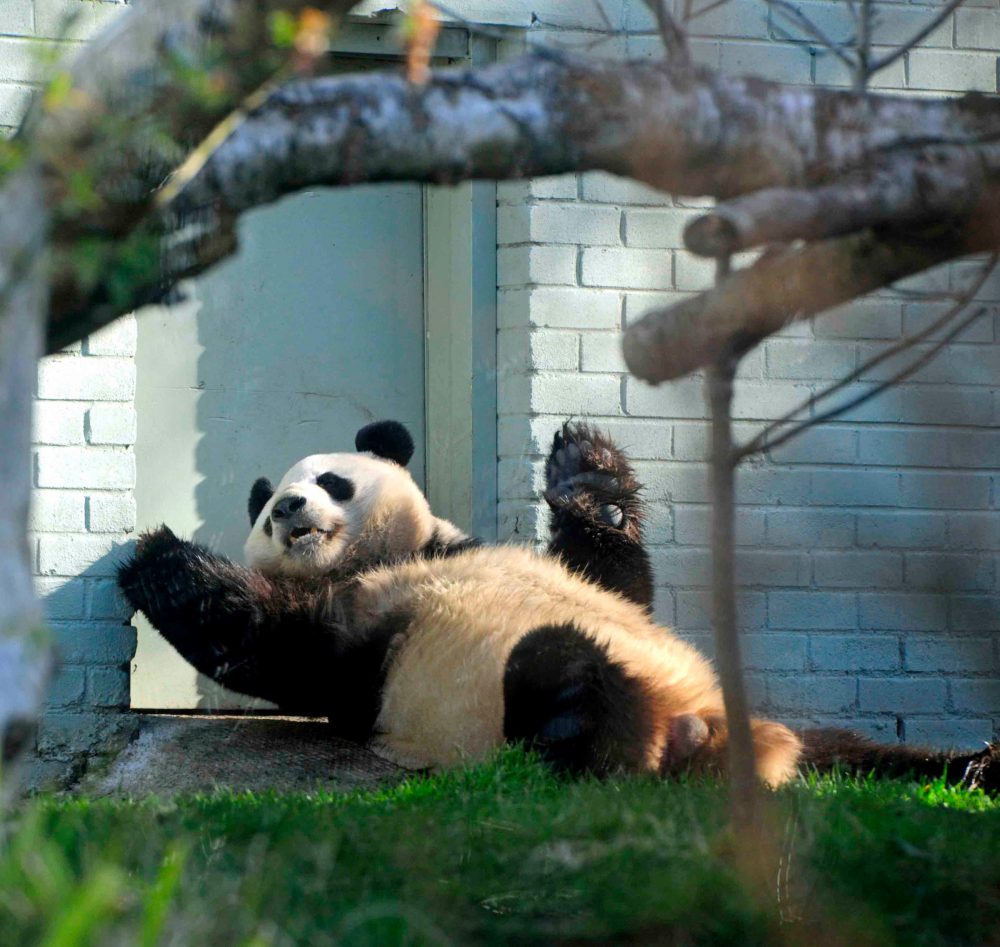 In the letter, Mr Peat also told the government that the giant pandas were at “mortal risk” if a new development next to the zoo is to be given the go ahead.

He said: “I alerted your principal private secretary in late December to advice from our potential advisors (both veterinary and professional keepers) that the noise, vibration and other effects likely to result from a development planned at the Old Corstorphine Hospital site posed a mortal risk to the zoo’s giant pandas.

“The panda enclosure is next to the hospital site. Matters are now becoming critical.”

He added: “Planning officials at the Council are however clear that the planning rules do not permit them to take account of an objection based on risk to the giant pandas – these seriously endangered creatures are not, legally speaking, ‘protected animals’ in Scotland.

“Their advice to us was to negotiate directly with the developer.

“The pandas are a ‘gift from the Chinese Government to the UK Government…Our aim must be to protect that gift.”

Last month Edinburgh released a statement stating that they would not be attempting to breed their giant pandas this year.

They stated that they were going to use this year to further assess the complex breeding process and also look into the pandas enclosure.

Tian Tian and her mate Yang Guang arrived in Edinburgh in December 2011 on a 10-year loan, as part of a £2.6bn trade deal, with China.

The zoo gives China £760,000 a year to keep the two pandas and spends a further £2m annually on their upkeep so producing a cub is thought to be vital to the institution’s finances.

Last month it was revealed that the zoo had drafted in a world expert on the natural breeding of panda cubs as part of a last-ditch effort to produce a baby bear.

A spokesman for the Royal Zoological Society of Scotland (RZSS) today said: “The semen we received from the Chinese giant panda captive breeding programme arrived in October 2017 in case we attempted to breed this year.

“However, as we recently stated, we have paused to consider how we can improve our chances of success in the future. No decision has been taken about potentially breeding next year.”

Zoo sources confirmed that the semen is being stored there and that it will be suitable for use should they decide to artificially inseminate Tian Tian next year.

In relation to concerns over the animals’ welfare regarding a development nearby the giant panda enclosure, they added: “We have now been assured by the City of Edinburgh Council that the wellbeing of our giant pandas will be protected as part of the planning process.

“Discussions are continuing with the development company to consider actions which could be taken to enable the work to go ahead and ensure there would be no adverse impact on any animals in our care.”