A BARMAN has been getting trolled by football fans who keep mistaking him for a Scotland defender.

Lee Wallace, from Dundee, shares little except his name with the suspended Rangers captain.

But he keeps getting bombarded online by Celtic fans.

The 24-year-old has had regular messages over four years from fans mistaking him for the full-back, but since the furore over Wallace’s suspension for an alleged row with manager Graeme Murty, his notifications have gone off the scale.

The Gers’ club captain has been told to stay away along with veteran striker Kenny Miller after being accused of showing disrespect to Murty following Sunday’s 4-0 defeat to arch rivals Celtic. 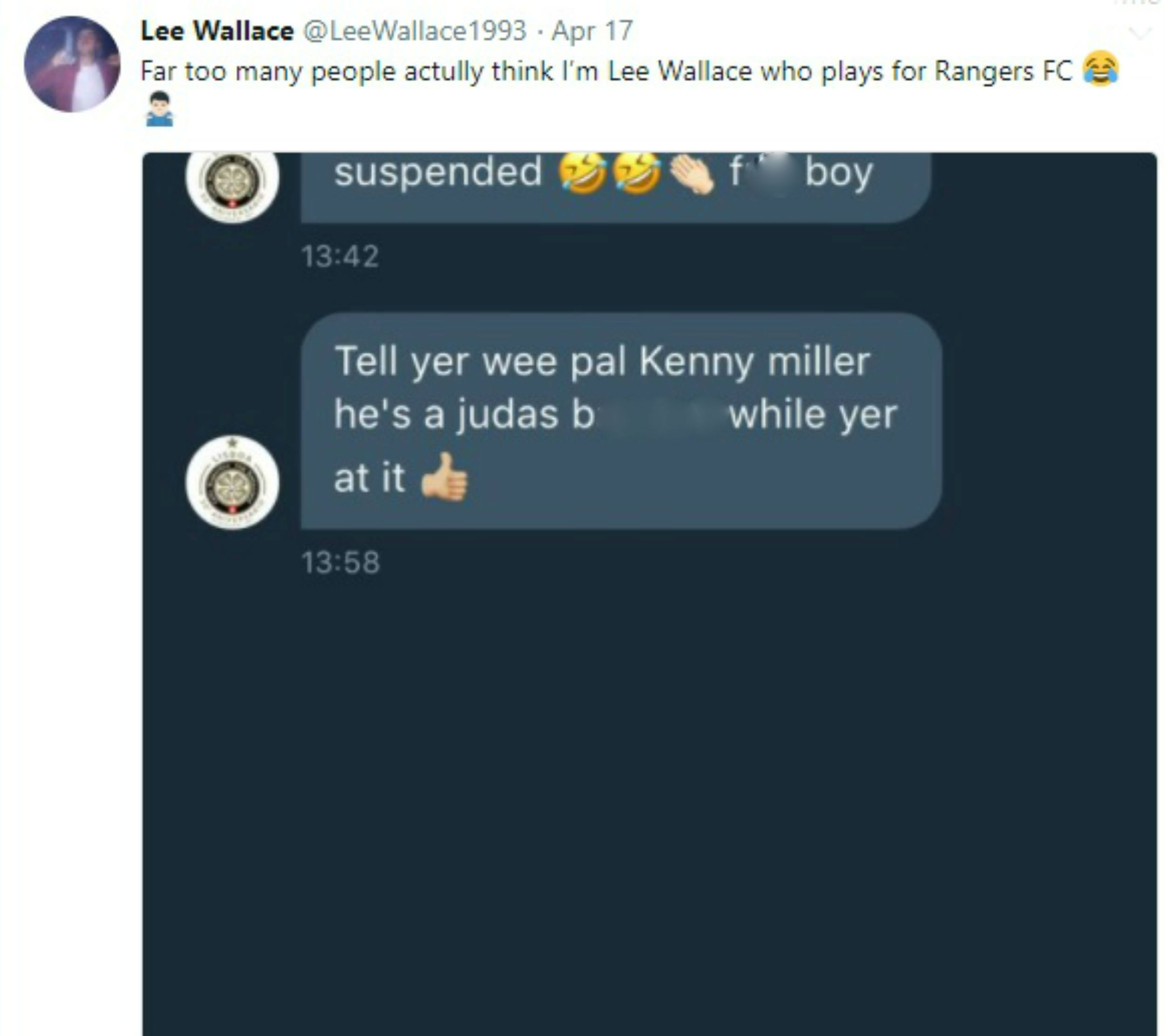 And with the Scotland international not on Twitter, the Dundee United fan has had to bear the brunt of the online abuse on his behalf.

Posting a screenshot of an cheeky DM he received from a Celtic fan, he wrote: “Far too many people actually think I’m Lee Wallace who plays for Rangers FC.”

The Events Management graduate was then told by one social media user: “Obviously you don’t play for Rangers, you’ve been suspended.” 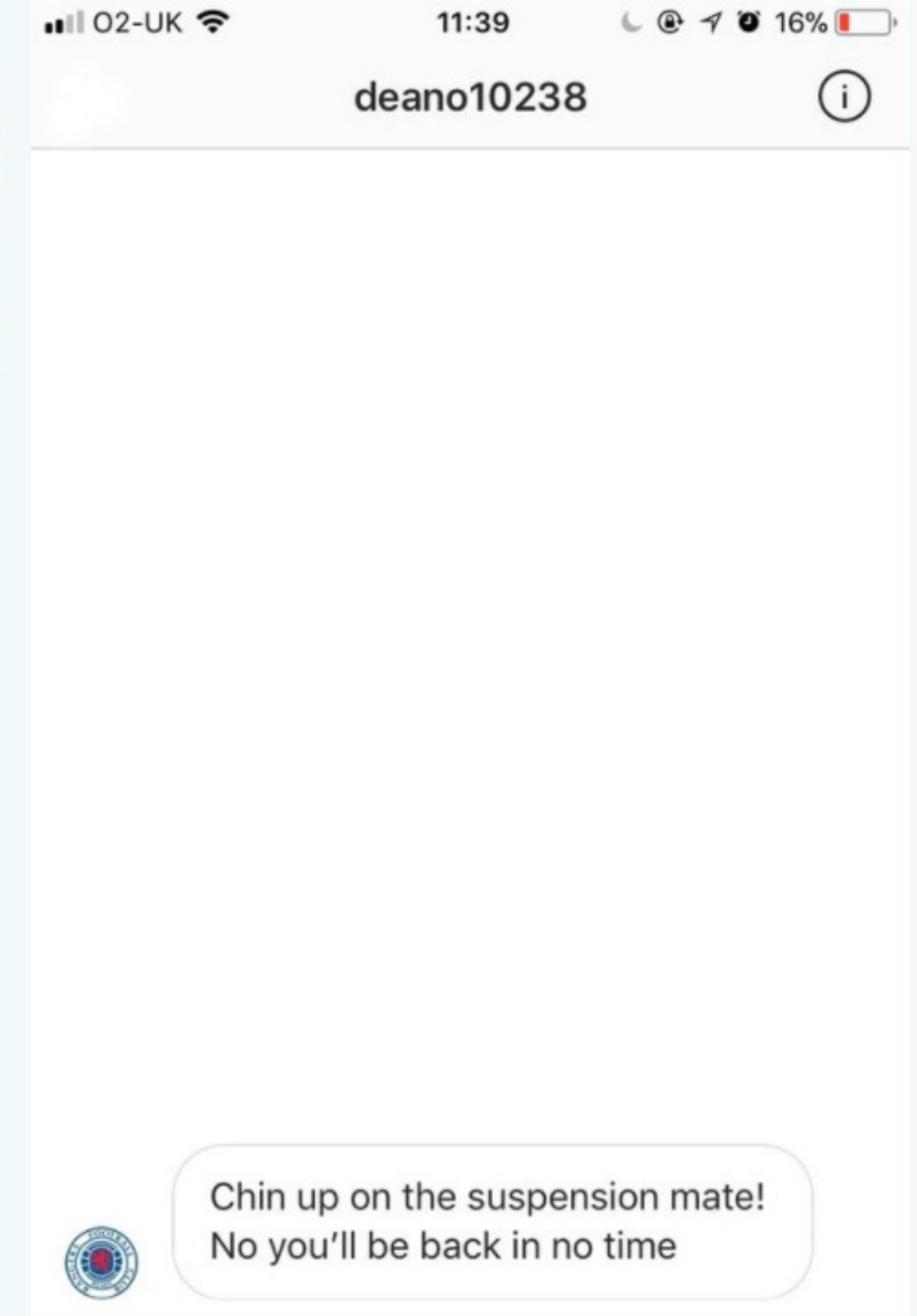 Another said: “Shut up Lee. Stop pretending you don’t care about them, you’re their captain and stayed with them since Division Three.”

Others got in touch to call him a “grass” referring to an accusation thrown at Wallace after the 2016 Scottish Cup Final when Hibs fans who ran on the pitch were accused of assaulting Rangers players.

The comments weren’t all negative though, and Rangers fan “deano10238” offered support, saying: “Chin up on the suspension mate. Know you’ll be back in no time.”

The less famous Lee also has screenshots which he has saved from past messages, again coming in a mix of adoration and hate.

Kieran Gracie asked: “Am I too late to say your a grass?”

However, at a time when things were rosier for Wallace at Ibrox, fans also got in touch to show their support. 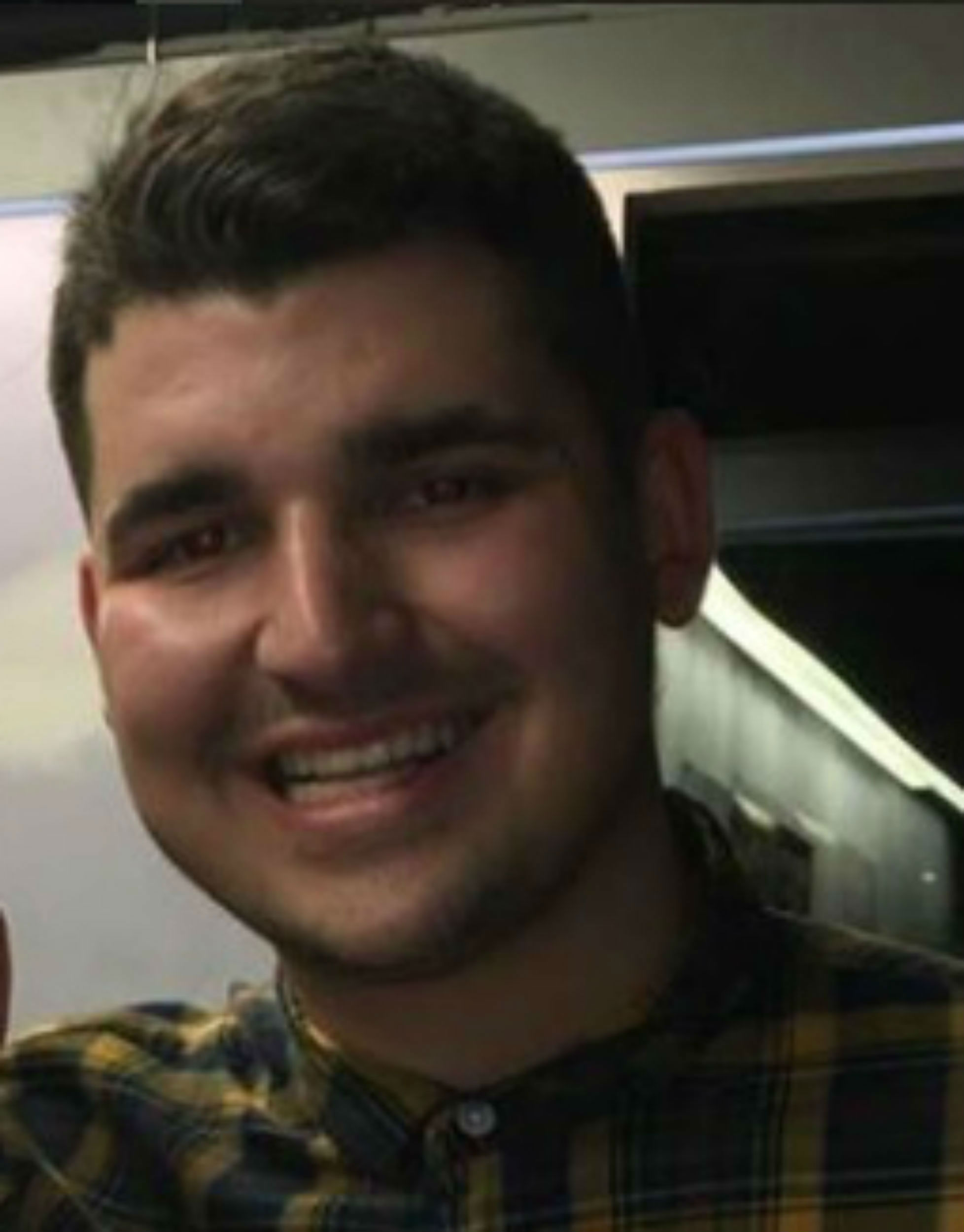 Scott Stewart said: “Great game mate, good to see the boys with some fight and grit. Keep it up and we will be back where we belong.”

Another social media user said in 2013: “Well done to @LeeWallace1993 on the Rangers player of the year award well deserved big man.”

Luckily, bar manager Lee is able to take it all in his stride. Speaking today (FRI), he said: “It’s been going on for over four years now on social media with Twitter being the main source.

“I find it hilarious, I look nothing like Lee Wallace from Rangers and have nothing about Rangers on my profile. I usually get a comment a couple of times a week but with the recent drama, my Twitter and Instagram has blew up.

“I just find it incredibly funny though, especially on Instagram as my photos are far more clearer.”