TERRIFYING video shows a reckless driver overtake a car that is already overtaking – coming within feet of a head-on crash with a bus.

Incredibly, the motorist then continues to overtake yet another car by driving on the hatched white lines protecting a turn right lane, kicking up a huge cloud of dust.

The disturbing clip was captured on Gareth Herbert’s dashcam as he was driving on the A565 near his home in Hightown, Merseyside.

The 48-year-old, who estimates the overtake speed at 70mph in a 50mph limit, uploaded the clip to Facebook with the caption: “It looks like this clip has been speeded up, but it hasn’t. Just the usual idiots at the usual place.”

The clip begins with a BMW convertible overtaking Gareth’s vehicle to the right of him.

Within seconds a Ford appears and begins to overtake the BMW and is completely on the other side of the road.

The pair then accelerate and try to keep pace with each other, before the Ford eventually gets past.

As the Ford pulls in, a bright yellow bus can be seen approaching from the other side of the road – showing how close the pair were to a fatal collision. A cyclist is just a few feet away on a nearby path. 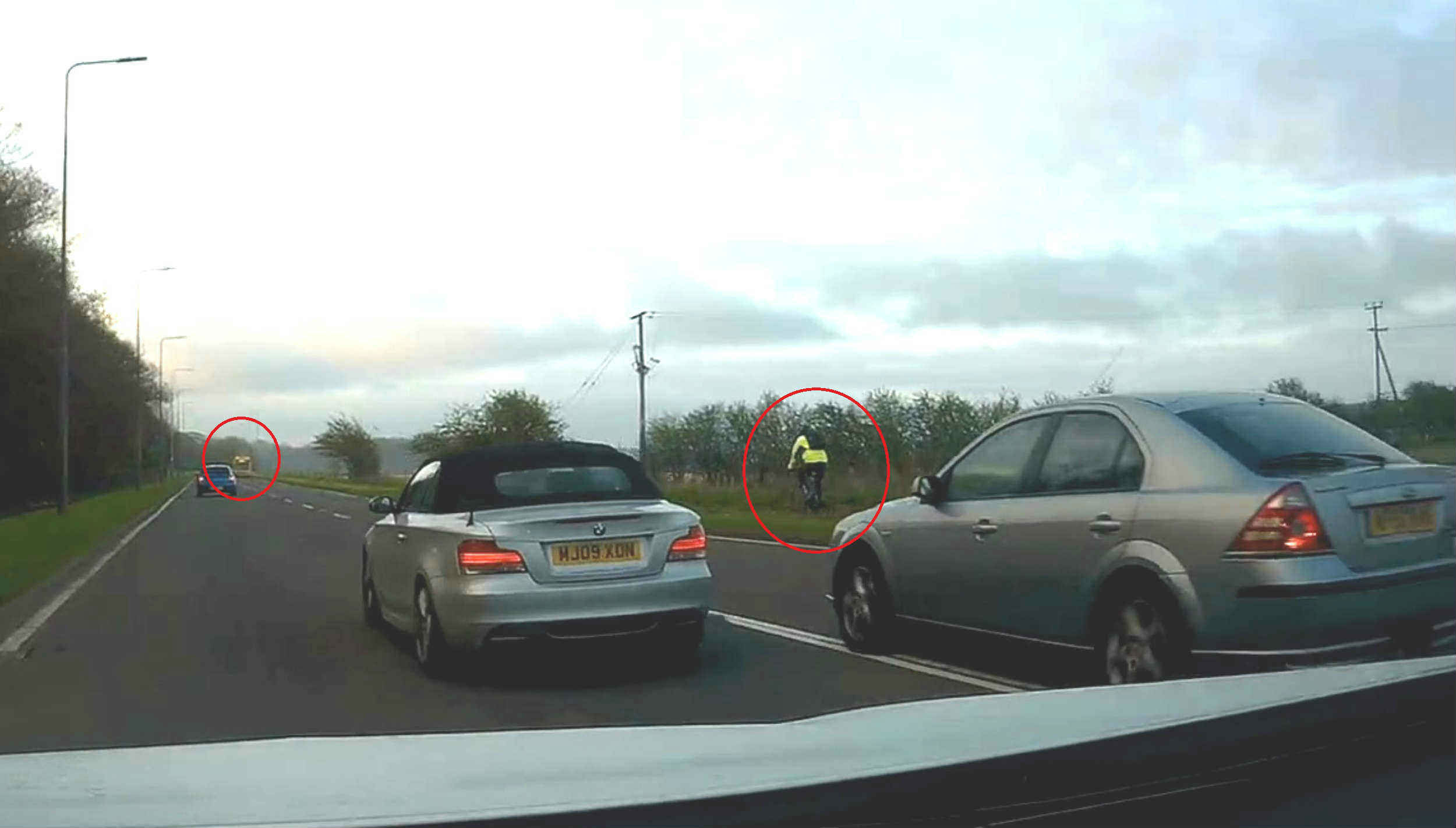 The dramatic clip doesn’t end there – as the Ford continues to overtake a further car in the distance, crossing road hatchings and speeding into a right hand turn lane.

Luckily, there wasn’t a car waiting to turn off at the junction.

Speaking today, Gareth said: “I saw the two cars in my rear view mirror. At first, the Ford on the far right was behind me on the inside lane and looked like he was trying to overtake the BMW on the inside, but I must have been in his way.

“He shot out into the right lane and then the rest is on video. I just thought I’d better prepare myself to pull over or stop if these two had an issue. Unfortunately, this kind of thing happens quite often on this stretch, people seem to always be racing and wanting to get ahead of everyone else. 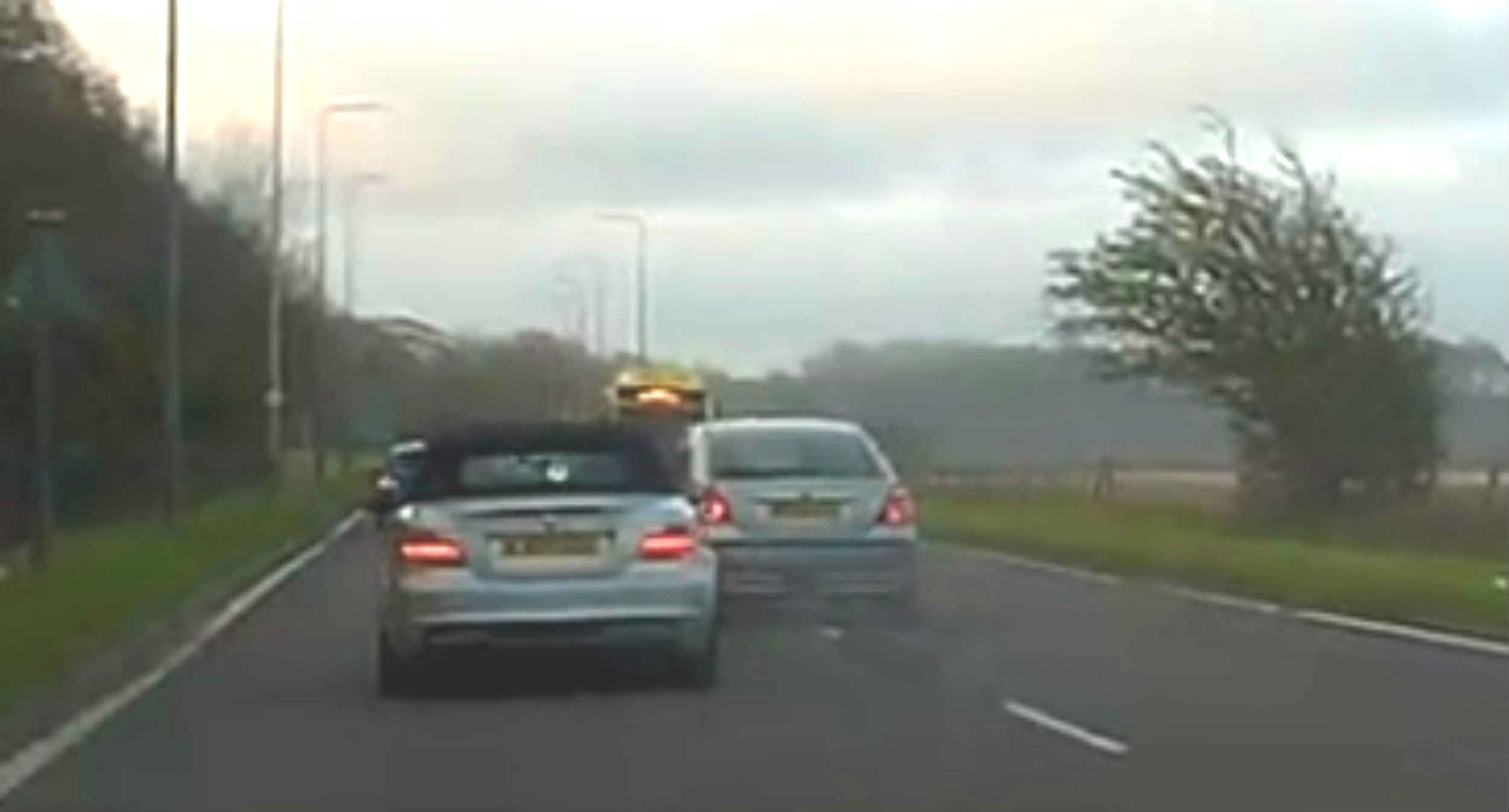 “So I’m used to it and wasn’t too shocked, although this is one of the worst I’ve seen.”

On social media, Stuart Mitchell said: “I’ve never seen an overtake of an overtake before.”

Blaze Clarke added: “That was far too close for both of them. Usual? Where do you live? Don’t wanna go there.”

Rod Dennis, spokesman for the RAC, said: “This is nothing short of a terrifying manoeuvre that put innocent lives unnecessarily at risk.

“The driver was a split-second away from causing serious injury, if not loss of life. It will also have needlessly shaken up every other road user who witnessed it.

“The driver demonstrates a blatant disregard for the safety of other people, something few other drivers on the UK’s roads will be able to comprehend.”