GARY LOCKE has urged Hearts to beat Aberdeen on Friday and lay claim to being the ‘bigger’ of the two clubs.

The Jambos will travel north bidding to bounce back from Sunday’s disappointing 2-1 defeat to Rangers and will face a Dons side who are eager to clinch second in the Premiership this term.

Hearts, who are set to finish sixth, are unbeaten against their hosts this season and registered a comfortable 2-0 victory over the Pittodrie outfit earlier this month. 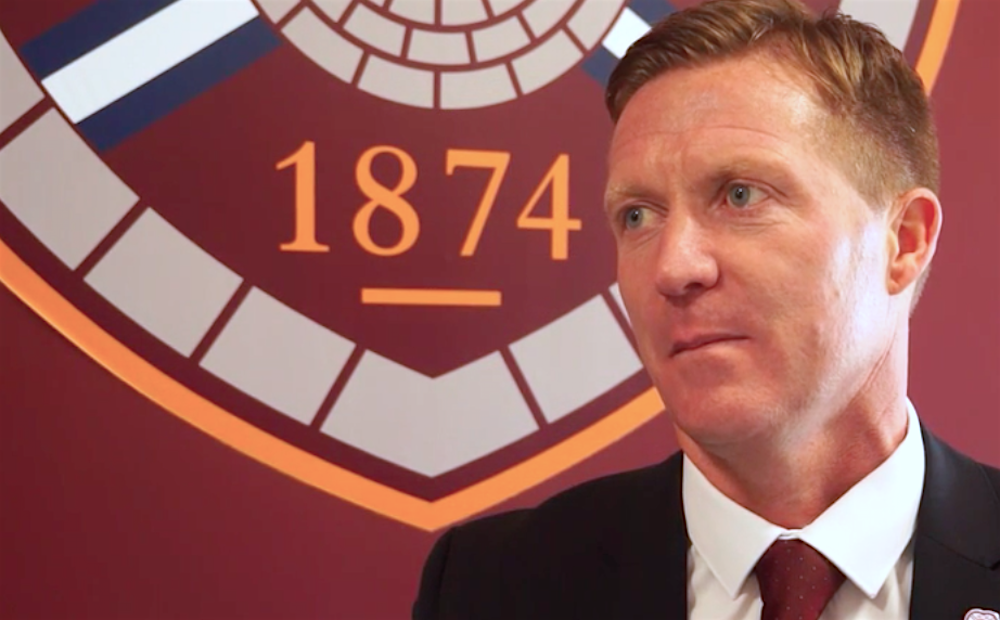 And former manager Locke reckons another win would strengthen the Gorgie side’s claim to coming out on top in the rivalry.

The 42-year-old, who is now Hearts’ ‘principal amabassador’, said: “We’ve got a good record against Aberdeen; we’re undefeated against them this season.

“It’s an important game after Sunday. We’ve got to make sure we bounce back and get a result.

“But going to Pittodrie, it’s a difficult place to go, and they’re coming off the back of a really good result at Kilmarnock [a 2-0 win] at the weekend.

“It will be very difficult, it always is going to Pittodrie, but over the years there’s always been a competitive edge between the two teams.”

In an interview with Hearts TV, he smiled: “There’s been an argument over who’s the bigger – and obviously there’s only one answer to that!

“So, we’ve got to make sure we go up there and get the win.”

Meanwhile, Conor Sammon is expected to have the chance to resurrect his Hearts career this summer.

The former Kilmarnock and Derby County striker has spent this season on loan at Partick Thistle but has a further 12 months left on the three-year deal he penned in 2016.

However, the Irishman will be ‘assessed’ during pre-season training as Levein revamps his squad for next term.

Levein said: “Conor will come back for pre-season training and we’ll assess him and see what happens.”