Pupils put their school on ebay for £2k, boasting it’s a place of “lost hopes” with an “angry head”

PRANKSTER pupils have placed their high school for sale on eBay for over £2,000, listing it as a place of “lost hopes” and featuring an “angry headmaster”.

They placed the post on the online auction site, attempting to flog the school building as well as all the staff for exactly £2,018.

They added: “What makes this a unique purchase is the atmosphere of lost hopes and dreams filling the corridors. 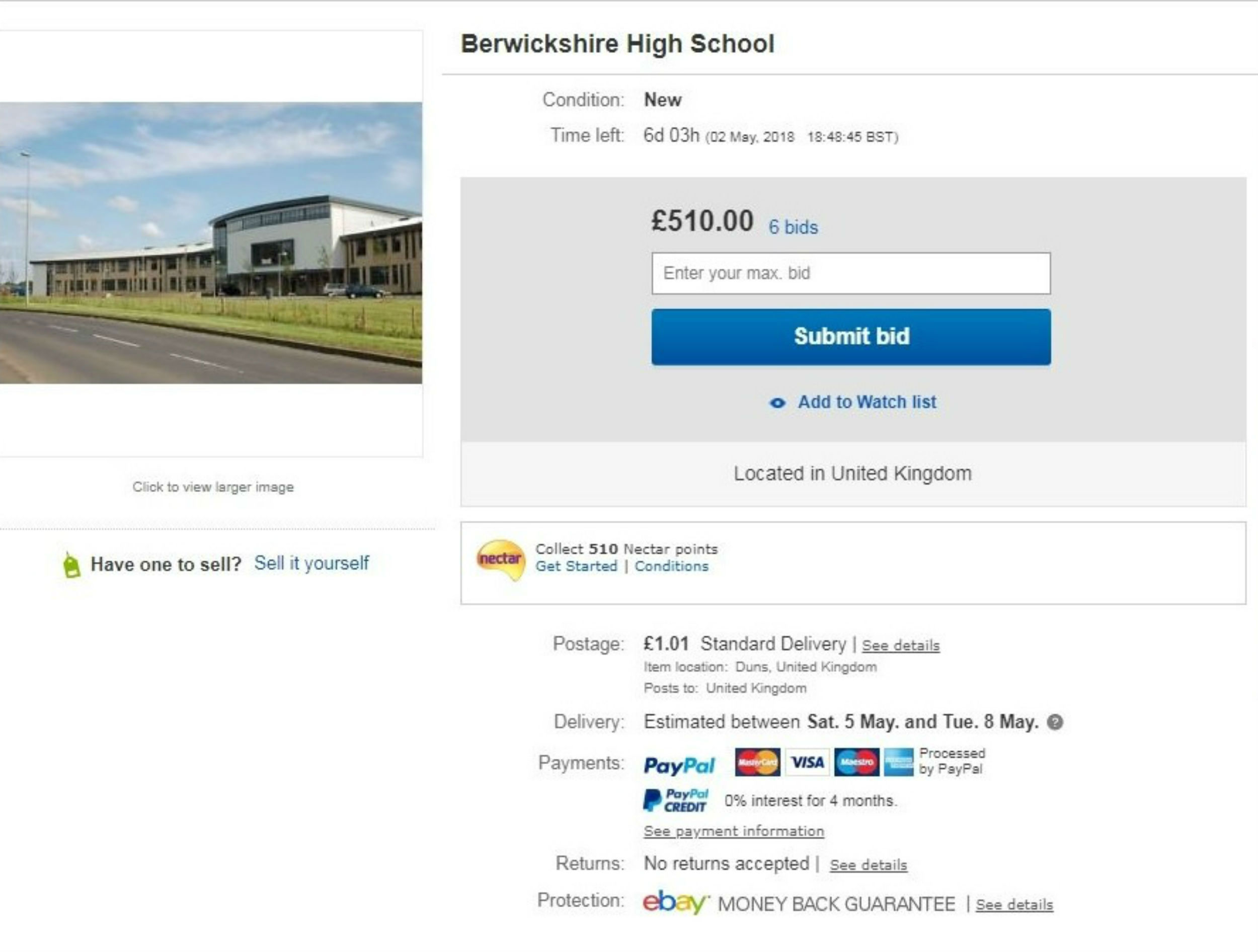 “This full package deal comes complete with an angry headmaster, who will probably murder us when he realises we created this listing.”

The advert appears to have now been taken off the site, but before it was the school attracted six bids, reaching a high of £510.

Former pupils on social media found the prank hilarious and praised the pupils for their ingenuity.

Kevin Wilson said: “The sixth years at high school nailed it on their last day by putting the school up for sale on eBay. Legends.”

A spokesman for Scottish Borders Council confirmed that it was a final day prank which has been taken in good spirit by the school.

He said: “The listing of Berwickshire High School for sale by auction was carried out by pupils on their last day of school before entering their exam period.

“It was obviously done in a moment of high spirits and that is how it is being received by the school, with pupils keen to see just how much the school they actually hold in high affection could potentially be worth.”