In the second part of her series on journeying across Portugal, travel writer JEAN WEST experiences everything the vibrant capital city, Lisbon, has to offer.

LISBON has an immediately compelling chaos and cool. And the light in this city as it bounces from land to sea and back is mesmeric. 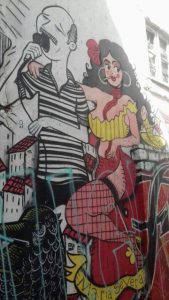 Street art – often on an epic scale – competes with the elegant renderings of old and more modern architects, who worked to rebuild it after the 1755 earthquake, fire and tsunami destroyed 85 per cent of its infrastructure.

A few decades ago fire also ripped through Chiado, the sophisticated shopping and fine dining quarter, where Bohemians, journalists and writers like national poet Fernando Pessoa, one of the most iconic literary figures of the 20th century, once mused. It has been lovingly reinvented.

A seated bronze of the author, who famously had 75 alter-egos, rests outside his favourite café, La Brasileira.

I take the Hill Street tram, which winds through the cobbled souk-like labyrinth of Alfama, through the urban melting pot of Martim Moniz, where so many nationalities knit together in community and you can see, among other fetes, the Chinese New Year Festival and the celebration of Indian holy days.

By Sao Jorge Castle I jump out and visit  PalácioBelmonte, dating back to at least 1420.It is one of the oldest palaces in Portugal, now a beautiful hotel, serving Iberian cuisine, with an elegant courtyard café and patio-seating.

Here an Edinburgh artist friend has a stunning installation and other work. I pop in and gaze in true awe at the rooms and their 3800 blue and white tiles, small spiral staircases, floating paper, Perspex and period artworks and unusual spyholes.

Outside by the castle, a rasta man plays keyboards and smiles big before belting out reggae underlining the rich influences that meld effortlessly in this place that is both hectic and calm.

The views from the castle are stellar, across the Tagus from Almada, the Santuario Nacional de Cristo Rei, a dedicated Catholic monument and shrine to the son of the big man, looks across the sea to land. It imitates the world famous figure towering over Sugar Loaf Mountain in Brazil – an early Age of Discovery conquest. Erected in 1959, it is a grateful symbol of the relative peace the country enjoyed during WWII.

The owner of the Palácio. Belmonte, the French architectural philanthropist,  Frederic Coustols,  gives me a tour. It has already served as the setting for films like Wim Wender’s Lisbon Story and Afirma Pereira with Marcelo Mastroianni. It has lush gardens, an infinity pool, and an emphasis on health and unconventional thinking. You can have a relaxing herbal bath, listen to birds in the garden or enjoy an old-fashioned shave here.

“Why did you choose Lisbon to locate yourself?” I enquire. “Because it is the safest city in the world,” he comes back. And it is true – this place of such remarkable cultural infusion encouraged since da Gama’s first uninterrupted trip to India in the 15th century – has a beautiful laid-back, non-threatening vibe.

I drop off the tram again and into the Roman Catholic cathedral of Santa Maria Maior with its Gothic, Romanesque and Baroque flourishing, known locally as the Se. Later I sit and muse over the rooftops from a miradouros (viewpoint) by the Portas do Sol café, famous for its hilltop splendour. It is one of the many fantastic high spots for observing the city including the Elevador de Santa Justa built in 1902 to link the Baixa district with the higher Largo do Carmo.

It is an exotic creation complemented by funicular rail tracks up the steep city slopes. It was a great improvement on earlier plans to use animals and rail tracks to traverse this capital of hills. Another pretty spot for viewing the land and seascape is the lesser known Jardim das Necessidades.

At the phenomenal port, where the river Tagus sweeps out to sea, and is deep enough still for ocean liners, and where a bronze statue of King Jose I sits astride his mount, crushing serpents before him, and staring into the horizon, a man is building sculptures from beach rocks.

Without glue or pins, like a rocky Jenga, he balances them as precariously as the breeze that moves from still to stormy on this early spring day. He has fashioned members of the holy family for Easter as well as St Anthony, who was born and raised here by a wealthy family and has his own chapel at the site of his birthplace, and more incongruously, a shark and some fat bathers, from the pebbles on the shore.

Street food here is perhaps some of the most satisfying of anywhere outside Asia. Dried cod is sold in cafes and stalls as bacalhau, a kind of egg shaped fish cake/fritter. Some pipe Serra da Estrela cheese in the middle. Delicious! Cod was nicknamed fiel amigo (loyal friend), salted to save spoiling in the heat and often in demand on Catholic holy days.

The pork sandwich with onion, cheese or mustard, is haute cuisine in a bun and provides welcome fuel for hours of walking when the tram ticket expires. Ginjina, a cherry liqueur at around €1 a glass and the various shades of port, served at local stalls and bars, brings the fuzzy feeling of a warm embrace.

Time Out seized an opportunity in 2014 to help galvanise the ailing Mercado da Ribeira, at the behest of the city council. It took the opportunity to translate Lisbon’s oldest fish and fresh produce market, near Cais do Sodre station, into a magnificent food court with aplomb, drawing on the expertise of established and rising Portuguese chefs.

The original traders with their fresh ingredients are right by their side with their stalls. The stylish venue has an artisan feel and is an absolute magnet for well-heeled tourists looking for respite. We tried octopus, grilled tuna, sushi and tempura, which we learn was actually an early Portuguese export to Japan!

Roberta, my friend, opts for an alternative ‘free street tour’, run by donation, that cuts into the real life of modern Lisbon whilst embracing its past, deconstructs some of the ubiquitous graffiti and seeps into every neighbourhood and church.

She learns about a project initiated by an art student in 2015, known as Preencher Vazios (filling up empty spaces), to liven up the facades of house in cities like Lisbon and Porto and highlight where the precious azulejos ceramic tiles had broken free.

Fantastical etchings in the colours of the missing tiles are arresting and designed to zoom in on details of everyday lives as a kind of visual meditation. This amazing campaign even organises workshops to teach people how to create new tiles to replace the old and stimulate an azulejo movement.

A more traditional history of migration and monarchy ensues. Payment is by donation.

Fado, that melancholic, cosmopolitan, musical musing that often accompanies mealtimes and calls out long into the night, is everywhere in Lisbon. Translating to ‘fate’ its exoticism,  poetic mystique and working class genesis, all mean it is revered in Portugal.

You can spend upwards of €50 for a cultural night of food and Fado or just sneak a drink in a bar in areas like Alfama and Bairro Alto. Its mournful passion wafts through the windows of this throbbing night-time pulse of the capital colouring, the evening with its mournful lament.

We go onto eat sardines, battered and served up on a mighty platter. We are offered hashish in the streets and asked to come and dance to in the neon clubs. A different story seems to unfold past every doorstep. 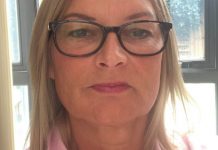 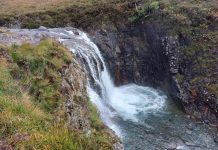 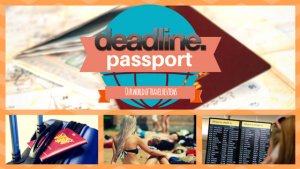