HEARTS defender Aaron Hughes is weighing up arguably the toughest decision of his playing career.

Indeed, it could be the final decision of his playing career.

When the Northern Ireland internationalist, the most-capped British defender in history, steps on the Rugby Park’s synthetic turf this afternoon, it may mark his farewell appearance in club football.

He is 38 years of age and, barring the odd niggling injury and a few mornings spent feeling like the Tin Man, is a picture of physical fitness. However, the mental rigours of another grueling campaign are another matter entirely.

Hughes will travel to Panama and Costa Rica on international duty next month – no rest for the wicked – before making a final call on whether to sign the one-year extension which remains on the table at Tynecastle.

“Mentally, I need a bit of break to weigh things up, but no decision has been made,” explained Hughes. “I just need to take some to decide and make sure that if I come back, I’m fully committed.

“It’s a decision about my entire future [as a player]. It’s not a matter of looking elsewhere. It’s not a case of seeing if the grass is greener, I’m just at an age where I need to be sure that – whatever decision I make – it’s the right call for me.

“I obviously don’t want to walk away from the game and think ‘I should have gone another year’, likewise I don’t want to commit to something and realise I can’t maintain the standards that I expect of myself. That’s the tough side of it, the mental challenge to keep going, day in-day out.

“It’s not really a decision I’ll be making on the back of how my body feels, it’s more about where my head is.”

He added: “The gaffer [Craig Levein] has been great with me, said I didn’t have to rush a decision and I could take my time and right at the end of a long season isn’t the right time to make such a big decision.”

Levein, however, has made no secret of his desire to secure the service of Hughes for another campaign, citing an invaluable combination of reliability, versatility and vast experience to pass onto the next generation of teenage talent Tynecastle.

An old school, modest sort, Hughes shies away from the notion of himself as a shining light to the kids. Nevertheless, he is happy to quietly lead by example, much as Alan Shearer, Rob Lee and the late Gary Speed did for him.

“I’m not really a shouter in training,” he recalled of his days in the youth ranks at St James’ Park. “I learned from the senior lads at Newcastle just by watching how they trained. The standards they set, the levels of performance, consistently, day in, day out. 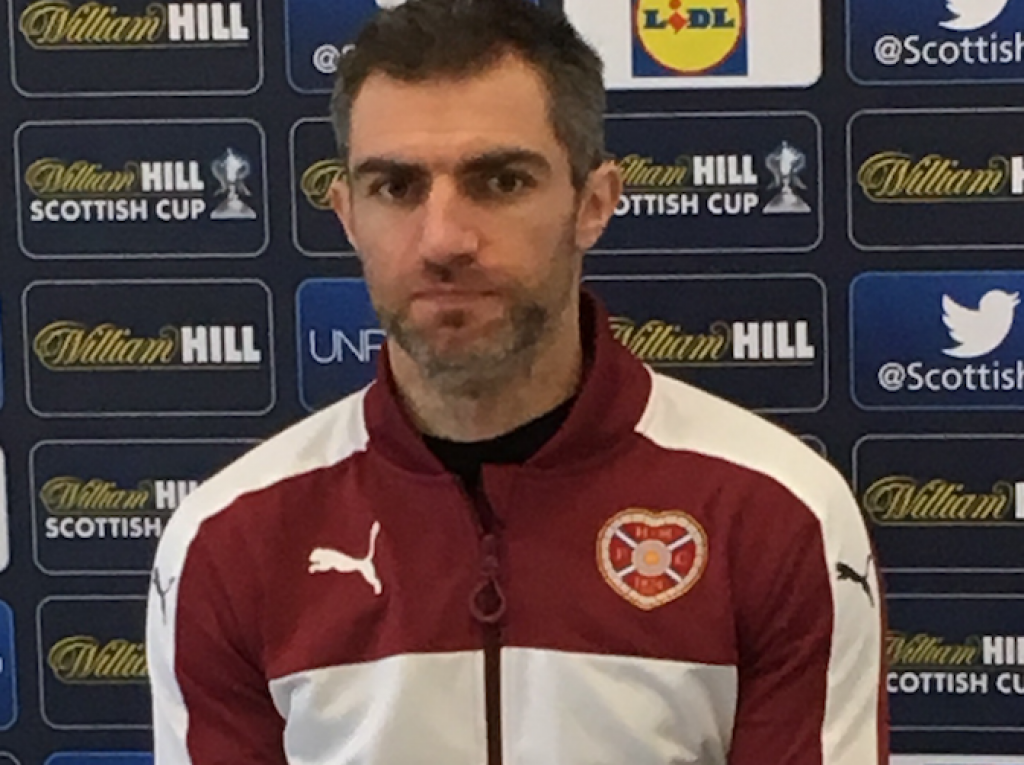 “You’re talking Rob Lee, Alan Shearer, Gary Speed, Steve Howey. Some big characters. When you joined in training there, they set standards that you had to meet. There was no arm round your shoulder; you just had to meet them.

“They were open if you wanted to pick their brains about stuff but I learned the most just by trying to emulate the standards they set day in day out, not just in games.

“If I focus on myself and maintain standards, hopefully that’s how the young lads here learn.”

Of those Riccarton graduates, Harry Cochrane, 17, is the jewel in the crown. A man of the match showing in Wednesday’s Edinburgh derby triumph against Hibs – bossing Scotland international John McGinn – was the latest feat in a remarkable breakthrough campaign.

“Harry is probably the one that everyone looks at coming through,” Hughes continued.

“Against Hibs, it would be so easy not to show as much [for the ball] and get lost in the hype – but nothing fazes him.

“That’s how he is around the lads as well; he’s not overawed by anything. I’d be very shocked if he wasn’t a Scotland international in the future.”