Livingston director John Ward admits he remains hopeful manager David Hopkin will pledge his future to the club as he gets set to meet the former Scotland midfielder for crucial talks today.

Hopkin is out of contract at the West Lothian outfit and has been linked with the dugout vacancies at St Mirren and Carlisle after defying the odds by leading the Lions to promotion to the Premiership through the play-offs.

A planned meeting last week was delayed until today after Hopkin requested more detail on the size of budget he can expect to be handed for the club’s assault on the top-flight. 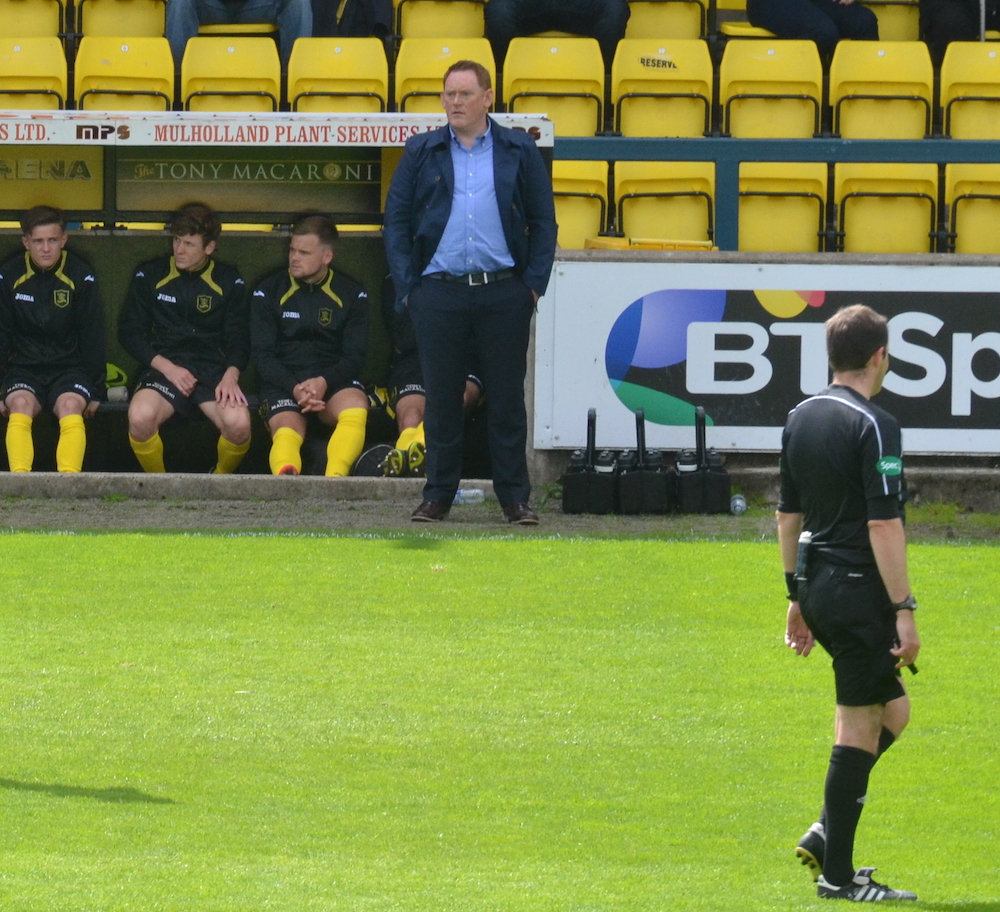 And Ward insists he is optimistic Hopkin, who has led the Almondvale outfit to successive promotions after replacing Mark Burchill in the dugout in December 2015, will sign fresh terms with Livingston.

Ward said: “The plan is to try and meet on Tuesday, we’ve been putting together a budget for him to look at that.

“I spoke to him on Friday and it was really just him reassuring me that he was not behind any of the speculation linking him with other jobs and that it was just speculation.

“I’m still hopeful he will remain at Livingston. My own thoughts are that he won’t move to another club in Scotland and unless he gets a life-changing offer from down south – then I think he will remain.”