LOUIS LONGRIDGE admits he is delighted to have put an end to split family loyalties after joining brother Jackson in signing for Dunfermline.

It is the first time the siblings have played for the same team since childhood and means the rest of the clan will no longer have to choose sides or which brother to support every weekend.

Louis, who left Hamilton Accies to join the Pars’ bitter rivals, Falkirk, last season, has penned a 12-month deal and Jackson has turned his back on the possibility of Premiership football with Livingston to agree a two-year contract at East End Park. 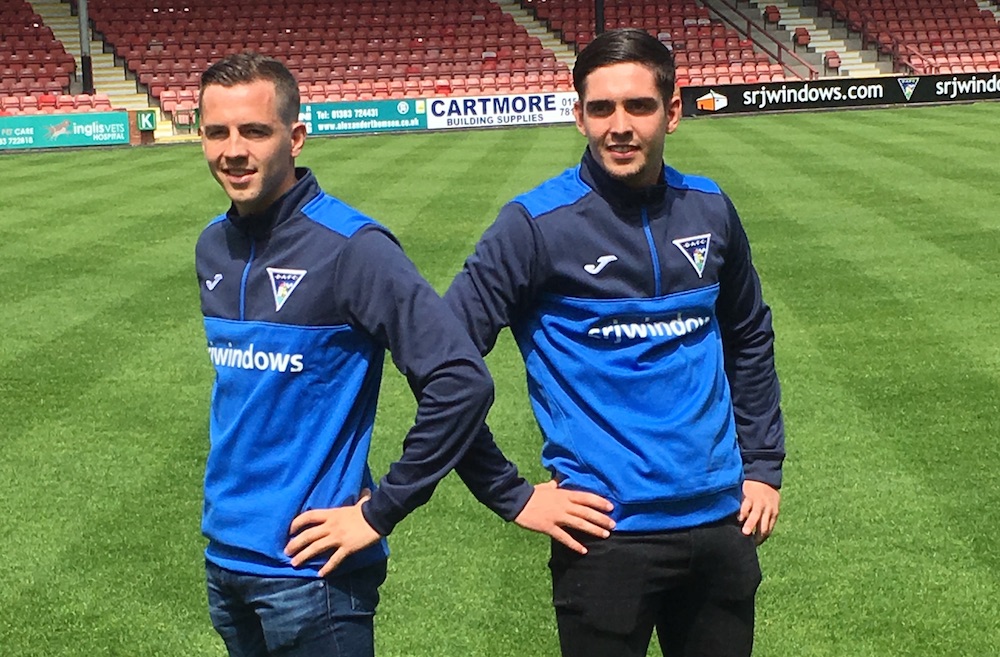 At 26, Louis is almost four years older than Jackson and, after playing against each other last term, the pair are thrilled at the prospect of now fighting for the same goal.

Louis said: “It’s a big club and I’m excited to get started. I had spoken to the manager and he sold the club to me.

“And, obviously, my brother has signed as well, which is handy for myself and my family. My mum and dad won’t have to travel all over the country now, they’ll be able to focus on Dunfermline next season.

“It’s a great opportunity to come to a good club and to play beside my brother as well.

“I’ve also got three other brothers, and uncles who are very supportive, so I think they have just been taking it in turns to watch us. It was a case of who fancied the longer journey or who got the short straw.

“We broke the news to them on Thursday night and everybody was happy for us, and there were a few jokes about being able to just focus on the one game and the one time and place.

“In previous years we’ve played against each other, last year when he was at Livingston and previously when he was at Ayr United and I was at Hamilton Accies.

“I played with him and a couple of my brothers at boys’ club level, but at senior level this is the first time we’ll be lining up with each other.

“It’s going to be a strange feeling but one I’m looking forward to.

“Even when we were playing against each other, it was a good feeling for our parents, but I think they’ll be even prouder seeing us lining up in the same team and not having to choose.

“Hopefully we can have success and create good memories here that we’ll keep for the rest of our lives.”

Jackson, meanwhile, has joked that it might not all be plain sailing being in the same team as his big brother.

He said: “We almost fell out coming over to sign! It’s going to be fun in the dressing room.

“We played against each other last season and I kicked him a few times, but it will be good to play together.

“It will be good to see how we link up or how we argue on the pitch, or whatever. I’m excited to play with him, and it’s a first for us so it will be great.”