A DOG lover’s attempt at a panoramic photograph hilariously transformed his beautiful border collie into a bizarre hunchbacked beast.

Niamh Burnett used the panoramic picture setting on his iPhone to take a snap of his garden.

But when he examined the image his beloved pet, Reggie, had been hideously tranformed.

The camera software had turned Reggie from a healthy, well-proportioned two-year-old pooch into a had become a bizarre ball of hair.

Niamh, from Witney, Oxfordshire, shared the snap on Twitter where it has already attracted over 79,000 retweets and hundreds of comments from humoured followers.

He wrote: “I regret trying to take a cute panorama of my dog.”

He added: “I can never look at him again the same.”

Referencing a pet in children’s movie, Despicable Me, Lucas? @deqrpercocet wrote: “Why does Reggie look like Gru’s pet?”

ShaniahM? @HogwartzUS said: “Aw he looks like a walking wig.” 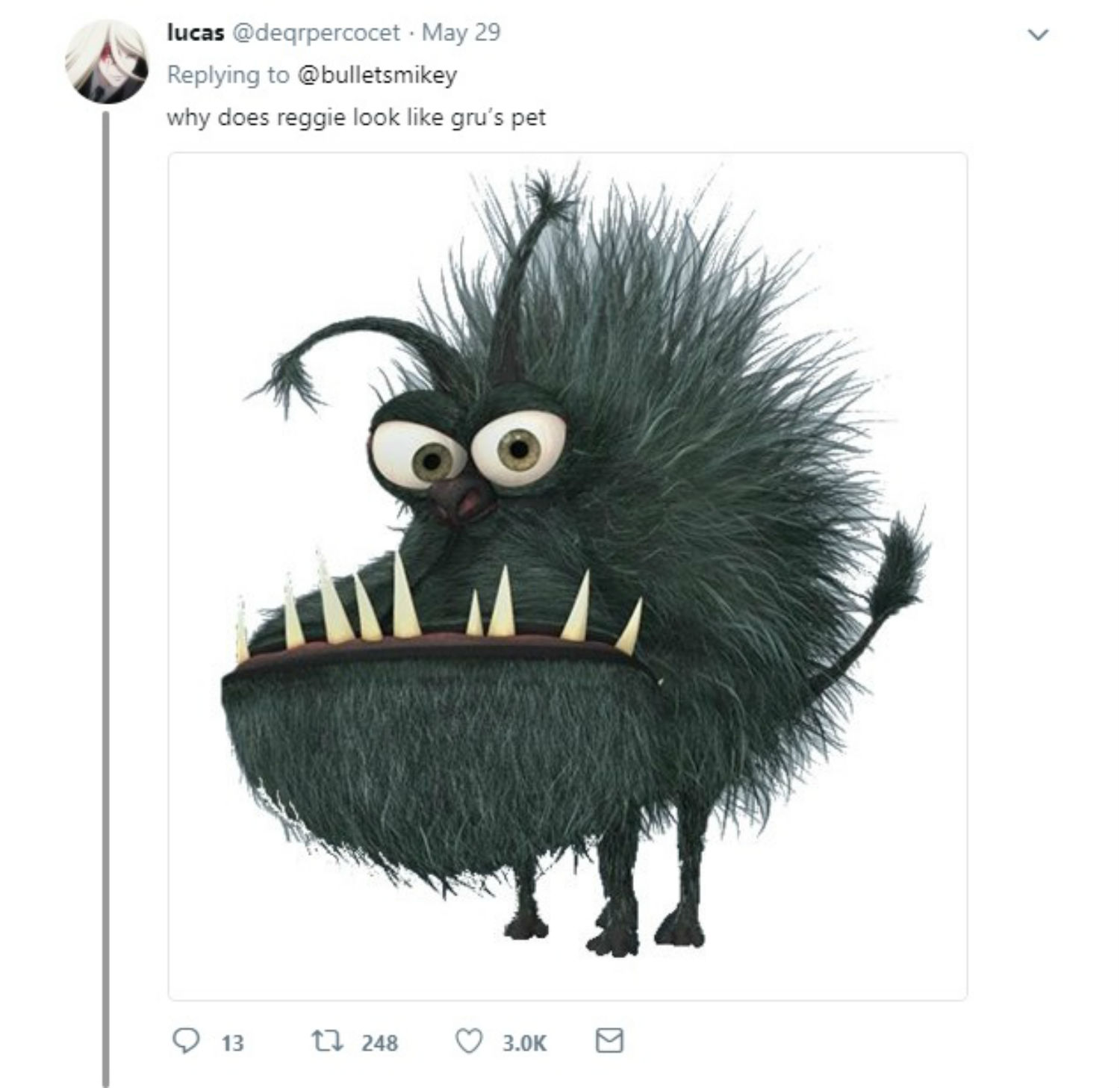 Speaking today (fri) Niamh said: “I used my iPhone – I’ve know the panorama feature to have some funny results so I was originally trying to get some action shots of the dogs playing catch to send to my friends as a joke.

“When I saw that that particular one of Reggie that looked so funny and strange.

“My friend Lucas sent me the Despicable Me comparison and it made my whole family laugh.”