The out-of-contract wing-back could have stayed with the newly-promoted Lions but opted to turn his back on the prospect of Premiership football to pen a two-year deal with the Pars.

The 23-year-old, whose brother Louis joined in him moving to East End Park on Friday, admits giving up on the top-flight after incredible consecutive promotions with Livi was a difficult decision to take. 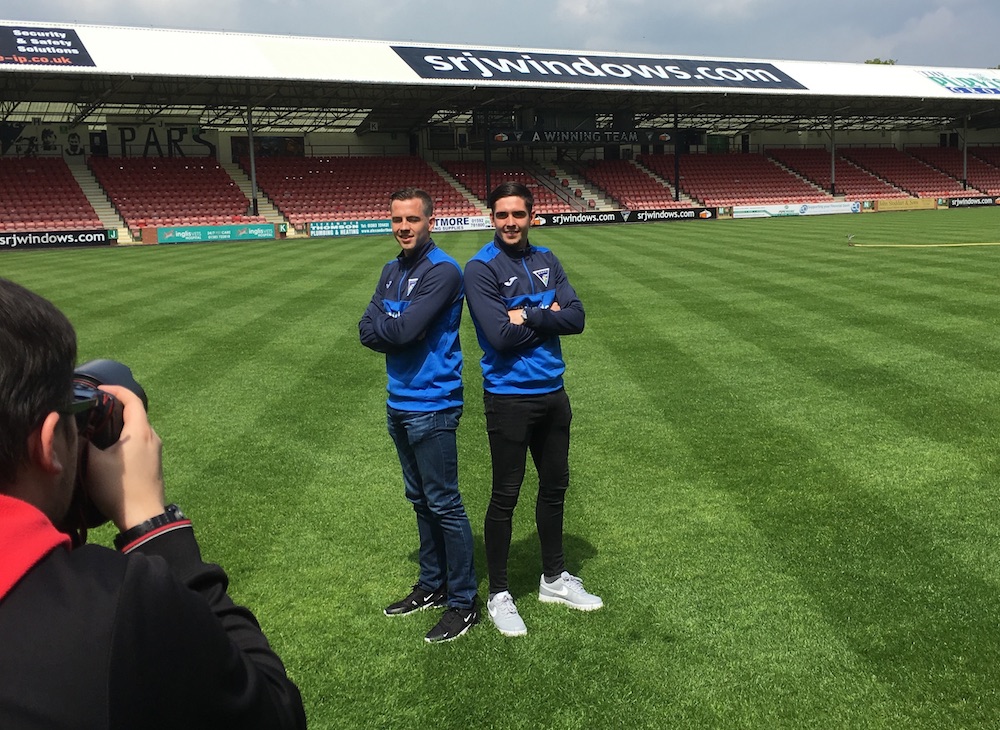 But the left-sided defender is now determined to ensure he makes the step up with his new club as the Fifers bid to improve on last month’s agonising play-off quarter-final defeat to Dundee United.

He said: “There was a huge possibility of me staying at Livi but I think the manager going persuaded me to jump ship as well.

“Livi have done everything for me in the three seasons I’ve been there. They’ve helped me progress as a player a lot and winning back-to-back promotions was unbelievable.

“But I just feel it’s time for me to take a different path and thankfully Dunfermline have noticed me.

“I want to play at the highest level, and it was a tough decision for me. I went on holiday and couldn’t stop thinking about it.

“I could have been playing in the Premiership next season, against the top teams, but I feel as if I’ve made the right choice.

“David Hopkin is a great guy and I get on well with him. What he’s done there is unbelievable and we were a tight group, a close bunch.

“I don’t think anybody expected us to do what we did, and that’s credit to the players, the backroom staff and everybody at the club, really.

“But him going is a big loss for the club, going forward. You never know, they could create another upset and do well in the Premiership, and I hope they do, but David Hopkin leaving is a big upset for them.”

Dunfermline finished fourth in the Championship last season, just three points behind Livingston, before losing out to Dundee United in their own bid for the Premiership.

But Longridge is optimistic he can make it a third promotion in a row now he is with the Pars.

He added: “That’s the aim. I’ve done it with Livingston, and Dunfermline are a strong club and a strong team and one I expect to be pushing for the Premiership.

“Hopefully we can do it. It would be amazing for me and the club if I could do it again, and then I’ll get my chance to play in the Premiership – it’s only a year’s wait!”