Scotland internationalist Andy Robertson admits he is desperate to build on the stunning success of his maiden season at Liverpool once he recovers from Champions League heartache.

Robertson has become a firm fans favourite at Anfield after making an £8 million switch from Hull City last summer.

The pinnacle of the past 12 months was playing in the final of world football’s most prestigious club competition, which they lost 3-1 to Real Madrid ten days ago. 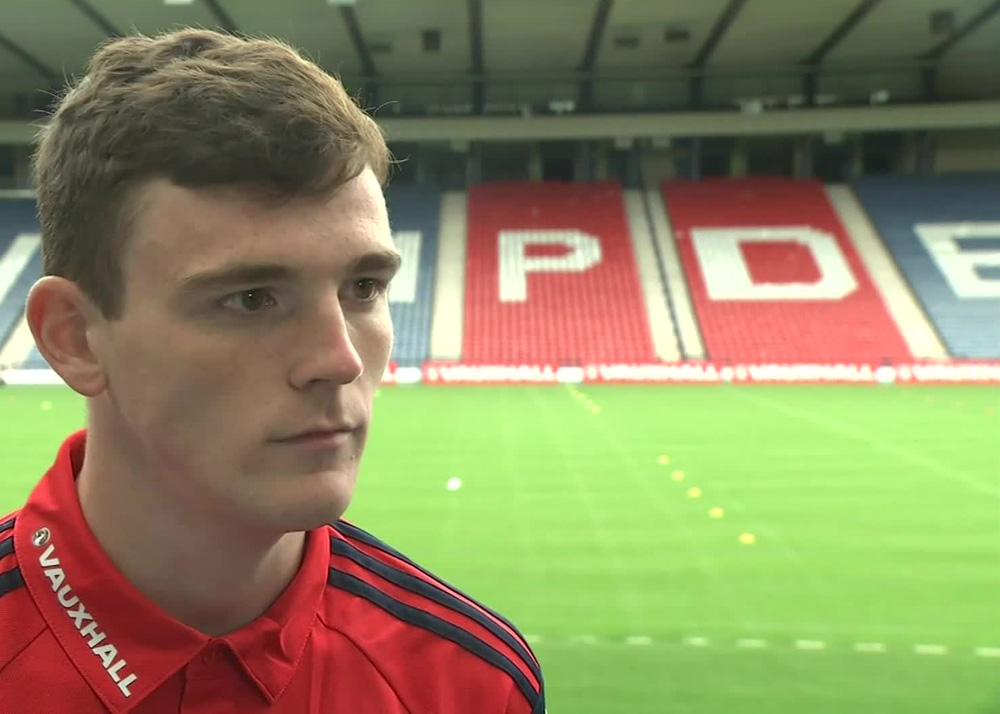 The former Dundee United and Queens Park left-back has gone from strength to strength following the disappointment of making only three appearances in the opening 22 games of the season.

But the 24-year-old has been one of the first names on Jurgen Klopp’s team sheet since December and the 20-times capped left-back has vowed not to let the grass grow under his feet.

Robertson, who also became a dad for the first time last August following the arrival of Rocco, last said: “After the disappointment of last week, we’ve had time to reflect on it and it’s been a good season for us.

“The final will take a while to get over but I think we can look back on it with a lot of positives and something to build on hopefully.

“Everything is going well but it’s just about kicking it on.

“After your first season there is a wee bit of expectation on you so it’s about trying to build on that and not let people down.

“Off the field life is good, apart from the early mornings but you can deal with that when he’s smiling at you. Life is really good and I’m really fortunate just now.

“It’s a fantastic team to play in, the pace that we play at, and I think everyone has seen how good we are going forward.

“Even over the last six months we’ve really shored it up at the back and been keeping clean sheets.

“Next year is going to be exciting, we don’t know who the manager will bring in but I’m sure come the start of the season we’ll have an even stronger squad and hopefully we can do something special.”

Robertson would also love to deliver success to the long-suffering Tartan Army supporters and insists he has been encouraged by the sight of Alex McLeish handing so many players their Scotland debuts in the recent friendly games with Peru and Mexico.

“I think we just need to build on it. The gaffer is confident if he can get a young attacking team that we can do something that we’ve not done in 20 years now.

“Our generation have not had it, 1998 was the last time (Scotland reach a major finals) and I was four years old and it’s time we get back to the tournaments.

“We’ve got the Euros coming up and hopefully we can qualify for it, our fans are different class and deserve to be at the big tournaments.”