ADORABLE footage captured a five-year-old girl’s reaction on her first flight taking off – after being told for years she couldn’t fly due to lung disease.

Amie MacKay, from Aberdeen, can be seen laughing and grinning as the plane took off on Monday while excitedly squeals “We’re in the sky”.

The youngster had been dreaming of a trip to Disney World in Orlando, Florida for years but has failed essential flight breathing tests which are required for her to fly.

Amie was born prematurely in 2013 weighing a tiny 1lb 30z and is a surviving twin.

She spend almost five months in intensive care fighting for her life and suffers from chronic lung disease due to her premature birth.

In the past Amie’s family have been forced to cancel holidays due to the youngster’s health and they’ve struggled for three years to pass flight tests.

But now, with the help of an oxygen tank, Amie was been able to take off on her dream holiday to Florida.

The clip begins with Amie sitting in her seat beside big sister Leila, 12.

As the plane begins to take off, a grinning Amie can be heard saying “faster” and laughing excitedly.

The five-year-old laughs as the force of the take off pushes her back in her seat, exclaiming: “It’s taking me back.”

Mum Dani can be heard saying: “We’re going to be up in the sky are you ready?”

As Amie laughs, her sister Leila says “Sit back Amie, look we’re in the sky.”

Amie instantly bursts into laughter and can be heard saying “Weeee!”

She then sticks her tongue out, and looks excitedly out of the window, saying: “We’re in the sky.”

Amie then continues laughing as she gives her sister a high five.

Speaking today (wed), mum-of-three Dani said: “Amie was born 15 weeks prematurely and is a surviving twin. She weighed 1lbs 3oz at birth and was in the ICU for four and a half months.

“Amie has chronic lung disease and although she has been off day to day oxygen for three years couldn’t fly without it. We tested her for the past three years and she failed the test so this time we opted to test using oxygen and she passed.

“We had to cancel a Florida holiday a few years back which was upsetting, but her health is priority. So finally we all got to come this time and she is having the best time.

“She takes everything in her stride and loved the journey here despite having the tubes on.” 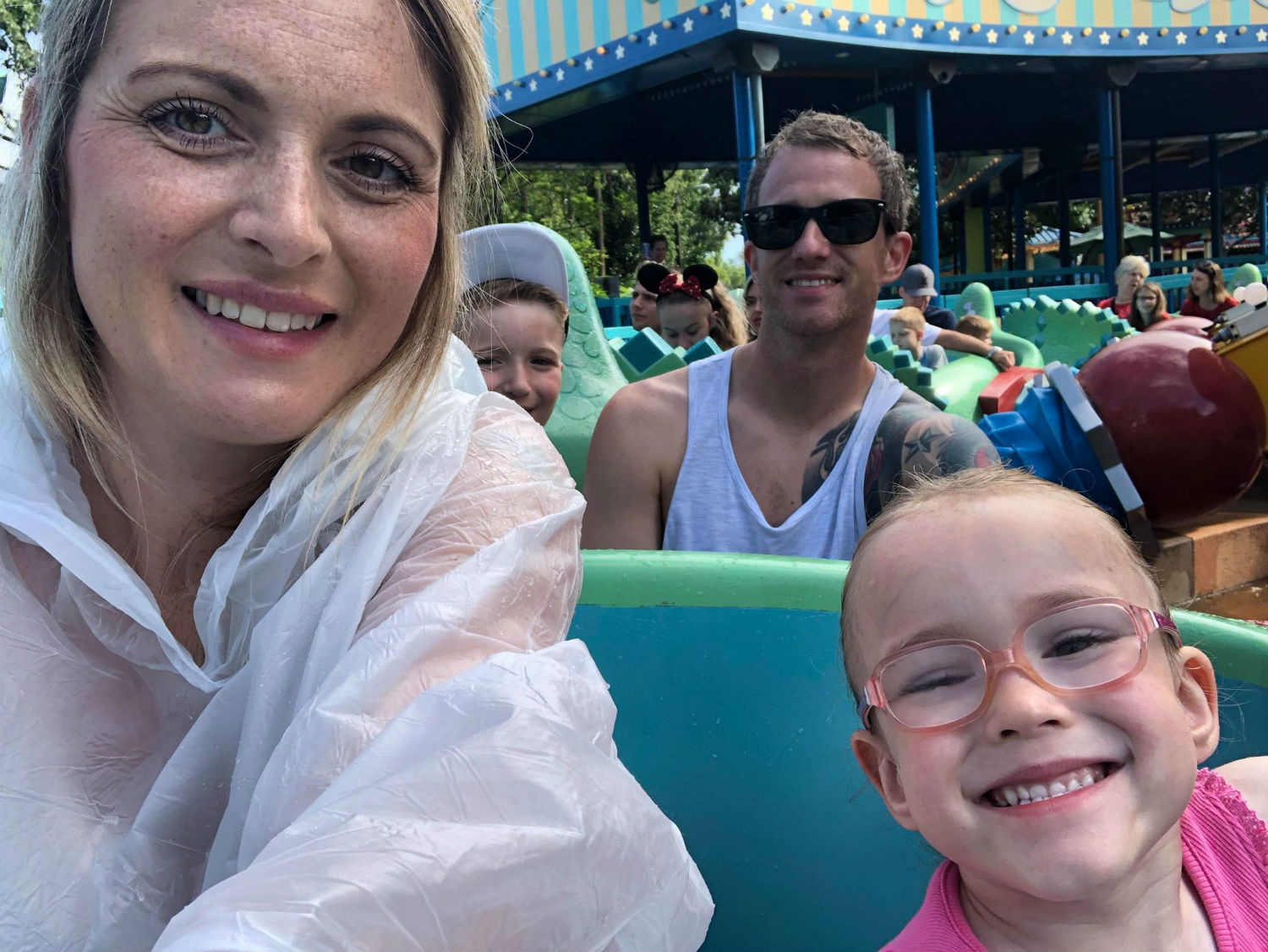 Amie is already enjoying her holiday to the full. Dani added: “We’ve been to Magic kingdom and today it’s animal kingdom.

“We are visiting all the parks and have character meals booked so she can meet Mickey and others. She loves Pluto so hopefully he’ll be there too.”

Dani posted the clip to Facebook on Monday night with the caption: “I think this was worth the five year wait. Amie’s reaction to take off.”

Dozens of social media users were quick to comment on the adorable clip.

Suzanne Davies wrote: “Aww Dani that giggle brought tears to my eyes. It makes everything and all the tough times so worth it I’m sure. Have a wonderful holiday guys, you so deserve it.”

Tina Haldane added: “I just love, love, love this, brought a wee tear to my eye. Definitely worth the wait. Have a fab family holiday.”

Louise Steele said: “This is fab, I filled up. Bless her, her laugh is brilliant.”