Willo Flood believes he can enjoy his football again with Dunfermline after admitting his final-game meltdown was the result of a build-up of the massive pressure he felt under at Dundee United.

The 33-year-old has penned a one-year deal with the Pars after finding an initial offer to stay on as a player at Tannadice taken off the table and replaced with a coaching only role.

The former Aberdeen, Celtic and Cardiff City midfielder, who has had four spells at United, is adamant he is not yet ready to hang up his boots.

And the Irishman is now eager to shake off the bitter disappointment of his red card in his last game for United – the play-off defeat at home to Livingston last month. 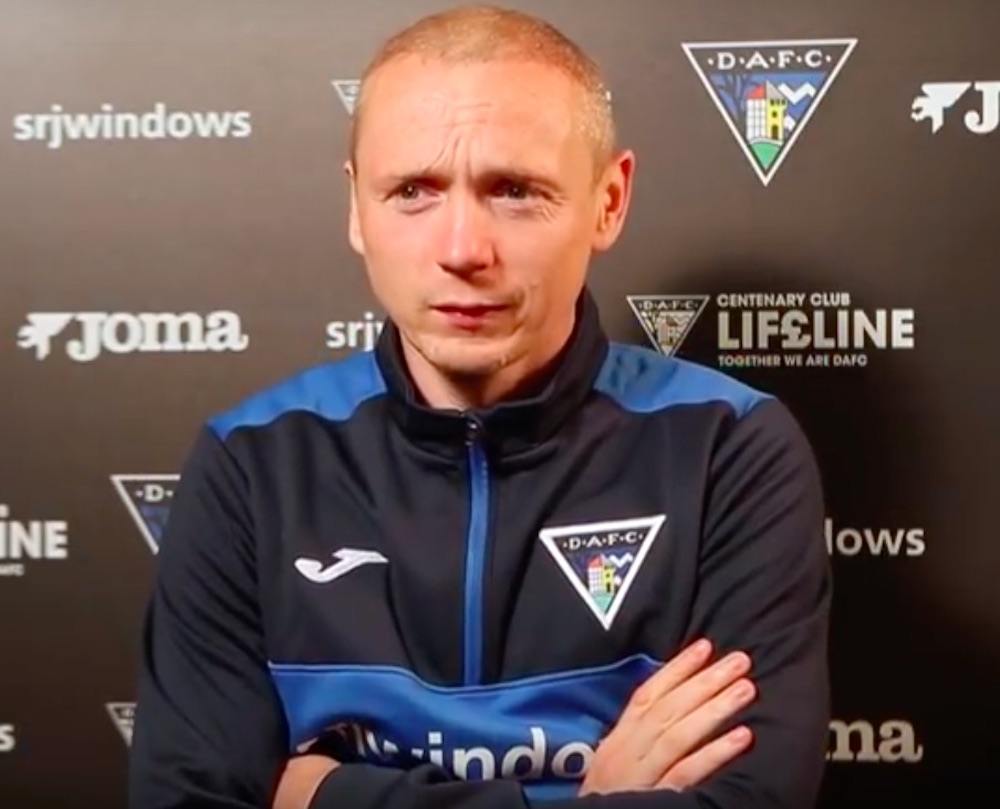 Already on a booking, Flood pushed Shaun Byrne to earn his marching orders and followed that up by appearing to shout at the home dugout before taking a swipe at a trackside camera as he made his way angrily up the tunnel.

He said: “If I could turn back time… I’ve only been sent-off twice in my career and I just think the pressure of the whole situation, and it was a long season, and being so close and yet so far, I think the frustration of it all got to me.

“I’m a passionate guy and I love football. I want my team to win, whether it be in a five-a-side game or on a Saturday.

“It was probably an accumulation of a few things. I just think on the night it was a game we were well in control of and we just made bad mistakes and gave away bad goals.

“I think that got me in the end.

“I just think it got to the stage where I thought ‘just let me go and enjoy football’ and I think that’s what Dunfermline Athletic will let me do.”

Flood was being chased by clubs both north and south of the border, and abroad, but mulled over his future whilst taking a break after the end of the season.

And he has revealed a holiday heart-to-heart with Derek McInnes, his old manager at Aberdeen, helped him make up his mind to keep playing for as long as possible.

He added: “The Dunfermline manager just phoned me before I went away on holiday and asked me if I would I be interested in coming to play.

“I went away and had a good holiday and thought about it, and it was just something I fancied.

“On the Saturday at United, I was offered a player-coaching role and then on the Monday I was just offered a coaching role, with no playing contract.

“I wasn’t really ready to chuck it.

“I’ve spoken to people in the game, like Derek McInnes, and he told me to go and enjoy my football, because you’re a long time retired.

“I’ve always said I’ll play as long as I can and then the coaching, or whatever comes after football, will take care of itself.

“This is something different, a fresh challenge, and I can go and watch the little fella’s football and enjoy it without everyone telling me what should be happening at the weekend.”