OLIVER BOZANIC is determined to follow in the footsteps of his former teammate Tom Rogic by becoming Hearts’ own Wizard of Oz.

The 29-year-old played alongside Rogic with Central Coast Mariners during the 2012/13 campaign and is adamant the mercurial Hoops ace was always destined for the big time, revealing that top European scouts were already circling after his maiden season in the first-team.

The duo were later colleagues with the Australia national team, with Rogic’s form in Glasgow cementing his place as a mainstay for the Socceroos. 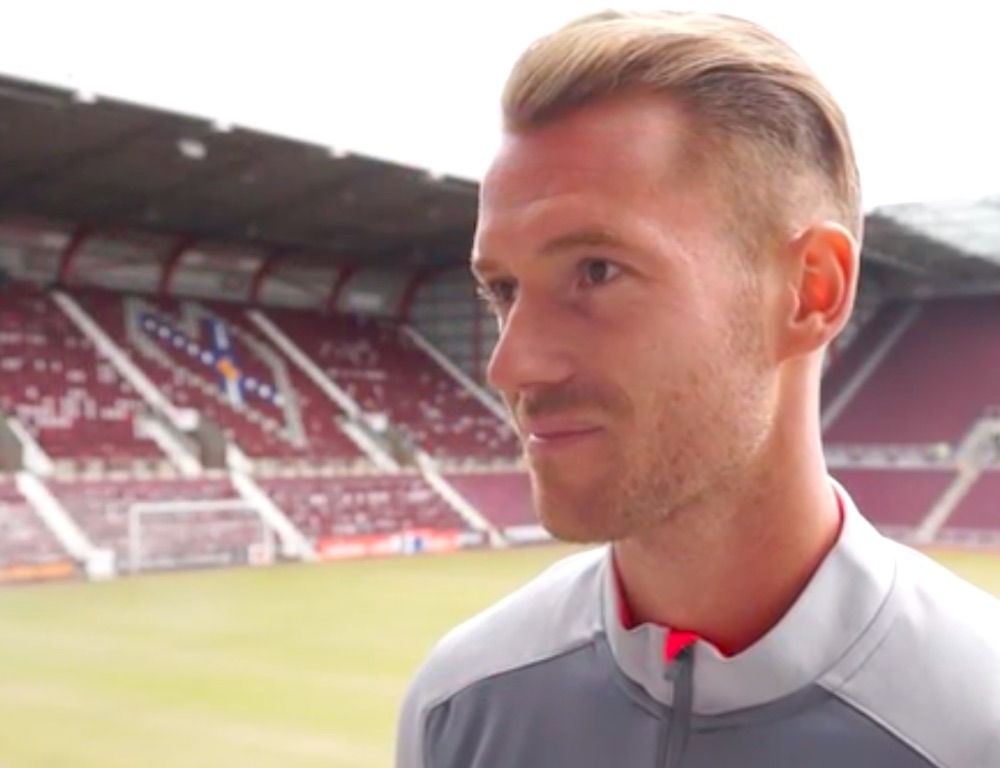 That dazzling progress in Scotland has not gone unnoticed Down Under thanks to ample TV coverage of Brendan Rodgers’ Bhoys and, having joined the Jambos from Melbourne City, Bozanic is determined to replicate the success of his Aussie pal.

“From his time at Central Coast, he started very well and came onto the scene with the national team,” said Bozanic, who has penned a two-year deal with the Jambos.

“It’s great to see him doing so well in the league and with the national team. I hope I can have the same sort of impact at Hearts, that’s going to be my objective – to have a big effect here. I want to make that happen.

“You could see he would have a great career, even back then. As soon as he had his breakthrough season with Central Coast, there was immediately a lot of interest from a lot of big clubs in Europe and it was never going to be long before someone picked him up.

“He has shown his worth in Scotland and it’s big news back home. Celtic’s games are televised and, especially when he plays or scores, it is talked up a lot.”

Rogic is currently shining on the biggest stage of them all as Australia impress at the World Cup finals in Russia, with Bert van Maarwijk’s Socceroos suffering a courageous 2-1 defeat against France before holding Denmark to a 1-1 draw.

A win against already-eliminated Peru could see them progress to the last-16, providing Les Bleus see off the Danes. While proud of his nation’s efforts, it has been a bittersweet competition to watch for Bozanic.

He was part of the Aussie squad for the 2014 World Cup in Brazil, turning out against Holland and Spain. It is a stage he is determined to return to – the combative midfielder reckons the switch to Scotland will be pivotal.

“If you’re playing in Europe it’s a massive advantage for the national team,” continued Bozanic. “I’ve still got one eye on that.

“It was an amazing experience in Brazil, to play against the Netherlands and Spain was a massive achievement in terms of my national team career. But I am still hungry for more success and if this move brings about more opportunities with the national team, I want to take them.

“It’s a little bittersweet watching them this year because I would obviously love to be there, but at the same time I am very happy for the players and I am desperate for our country to succeed there.”

Ex-Hearts hero Ryan McGowan was also among that 23-man squad for Brazil 2014 and, even then, he was sewing the seeds for Bozanic to end up in Gorgie.

“Ryan is a top guy,” smiled the former Melbourne City ace. “He has done very well for the national team and throughout his career.

“In the past, he’s talked about Hearts, how great it is and about the fans. That made it easier to make my decision. There were little mentions here and there!

“Ryan was here and was very successful and I’d like to continue that pathway for Australian players. Hopefully I can prove myself here.”

However, he is adamant Craig Levein’s new-look side can gel ahead of the coming campaign as he seeks to achieve lofty goals in Gorgie.

“In some respects, so many new signings makes it a little easier to adapt,” he added.

“I think everyone is already on the same page and understands what it means to play for this club – and if we have a good pre-season I think we can start well.

“For us to qualify for Europe, and also to have a good cup run, would be amazing.”