RYAN EDWARDS is adamant Hearts’ ‘brutal’ pre-season will pay dividends after Craig Levein ran his players into the ground at the infamous Gullane sand dunes.

The east Lothian beach is a historic staple for Scottish clubs seeking to whip their stars into shape ahead of a new campaign and, having seen plans for a training camp in Germany fall through, Levein decided to roll back the years yesterday.

The Hearts squad spent a gruelling afternoon scaling the dunes in searing temperatures – in sharp contrast to 12 months ago.

Levein has acknowledged that Hearts were not fit enough last season following the preparation of Ian Cathro, while Don Cowie recently acknowledged that conditioning work done under the former head coach was minimal.

That will not be the case this season, according to summer signing Edwards, who has described this pre-season as the toughest he has ever endured.

“Well, it was a nice view for a workout – but it was definitely the hardest day of pre-season so far,” said Edwards.

“It’s been enjoyable but has definitely been one of the hardest I have done in my career so far. My legs were just jelly! It was a massive calf and quad burner going up and down the hills.

“We’ve all been working so hard and I think it will be really beneficial for us.

“From reading a few comments last season, it is known that the team wasn’t fit enough, so I think it is really positive from the coaching staff. The fitness work has been brutal but, at the same time, will be important going forward.” 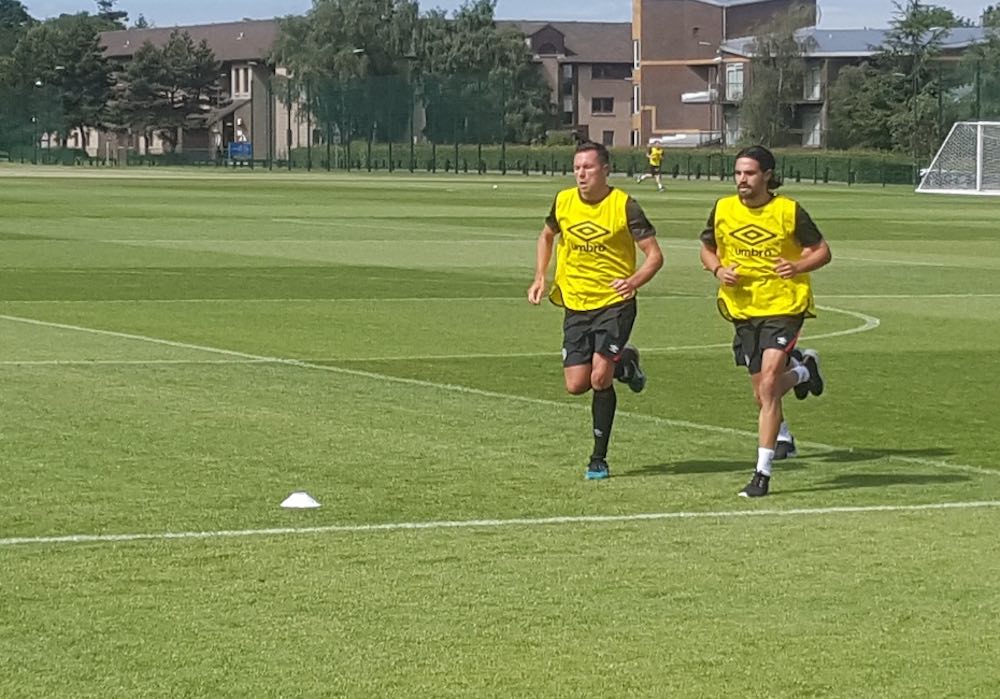 Edwards is one of ten new faces as Levein overhauls his Hearts squad, but the former Partick Thistle favourite insists his integration has been seamless – partly thanks to the Aussie influence of Ben Garuccio and Oliver Bozanic.

“It’s good to have two Aussies here that I’ve known before,” Edwards told Hearts TV. “It’s nice to have familiar faces. I’ve played with and against some of the other boys already and I know big Uche [Ikpeazu] from Reading as well.

“Having 10 new players could be daunting, but the boys who were here before have been really welcoming and everyone is integrating well. It’s great for camaraderie. Before you know it, it will be the Betfred Cup and the start of the season – and we can’t wait.”