A POLICE officer couple have told how they “paddled like they had never paddled before” after having an incredibly close encounter with a humpback whale.

The couple from Oban, Argyll and Bute, had only began kayaking four weeks ago and were at the Sound of Kerrera, when they captured the incredible experience.

Kirsty, 37, can be seen sat in her kayak while the whale, which usually weigh around 25 –30 metric tons, swims around and directly underneath her.

After the footage ends, Alan today revealed that the whale actually hit his kayak with its gigantic tail – prompting the couple to paddle to safety.

Speaking today Alan said: “It was an absolutely stunning day, there wasn’t a ripple in sight so because it was so calm we spotted the whale in the distance.

“It followed us for about 15 minutes and came in closer and closer until it began swimming right underneath us. 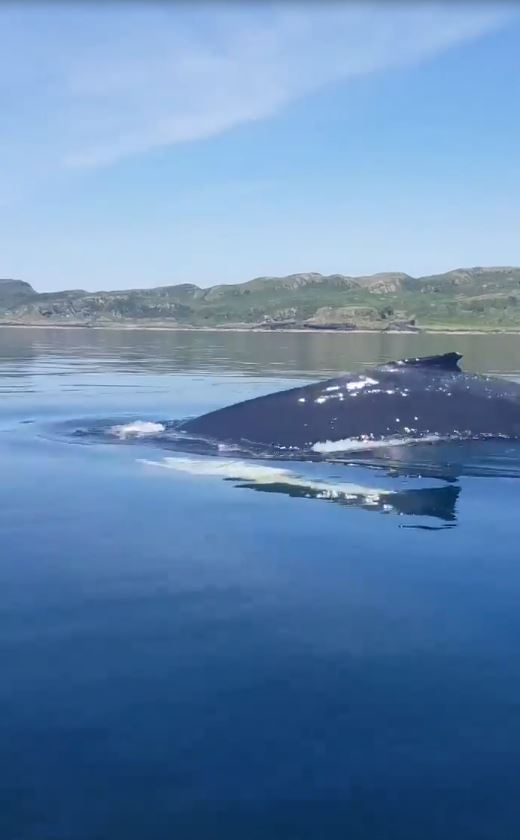 “The size of it was massive, the tail itself was the size of my entire kayak.

“It wasn’t really aggressive but more inquisitive. It would go round and then spin back again.

“When I stopped the filming it was getting really, really close underneath us and the size of it would have knocked us off in an instant. It was just amazing to see.

“After the footage ended, it actually hit underneath my kayak so we knew we had to get out of it.

“I didn’t know I would paddle so quick. We paddled like we had never paddled before. 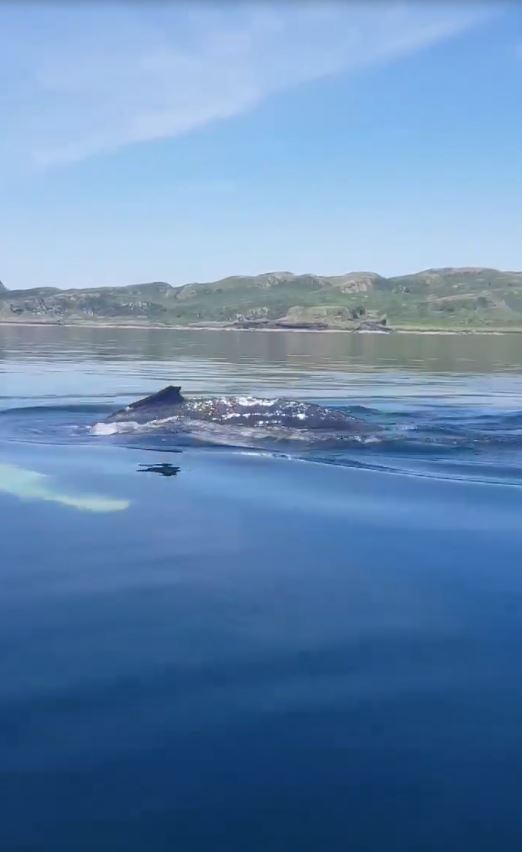 “We couldn’t really get off the kayak as it was a rock face we paddles to but we stayed there at the side for about 20 minutes until we knew it had left.

“We had been out for probably about two and a half hours before this .

“I contacted the Hebridean Whale and Dolphin Trust who watched the clip and said it was definitely a humpback whale. They thought it was just incredible.”

The Hebridean Whale and Dolphin Trust also shared the video yesterday on their Facebook page.

They said: “Amazingly, two kayakers were approached by a humpback whale this afternoon in the Sound of Kerrera, just outside of Oban.

“This incredible and rare sighting, is even more special as they saw the whale dive under the water, right ahead of them. 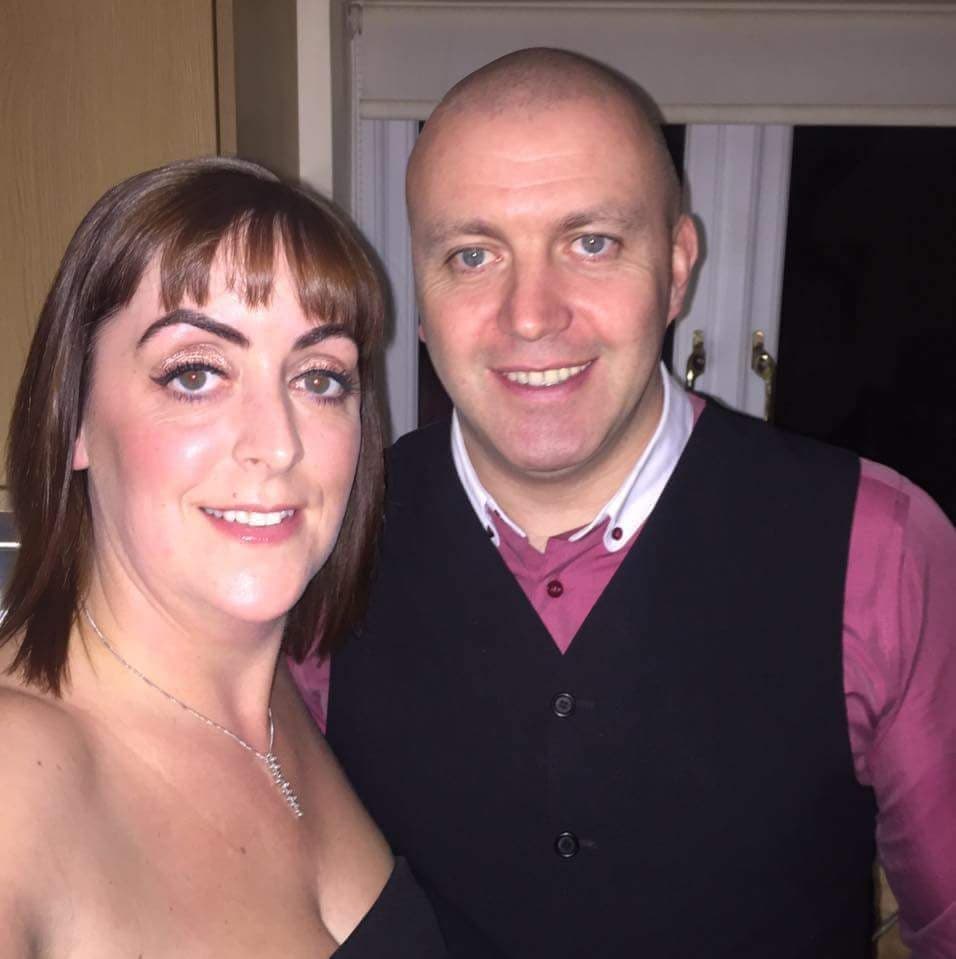 “Thanks so much to Alan and Kirsty Moore for sharing their video and reporting the sighting.

“If you are lucky enough to spot this majestic creature, please report your sighting on Whale Track and be mindful of approaching the animal.”

The clip has since been viewed over 40,000 times online and attracted hundreds of comments from stunned viewers.

Rachelle Stone said: “Wow! That’s a once in a lifetime moment for most people. Incredible creatures.”

Rae Weaver wrote: “Holy mackerel! That’s amazing and just round the corner from us!? Magical.”

Marie Sloan said: “Ow wow, you are so privileged, remember this for all your life.”

And Stuart Dewer wrote: “I don’t think I’d’ve managed to restrict myself to a pre-watershed ‘Wow’.”