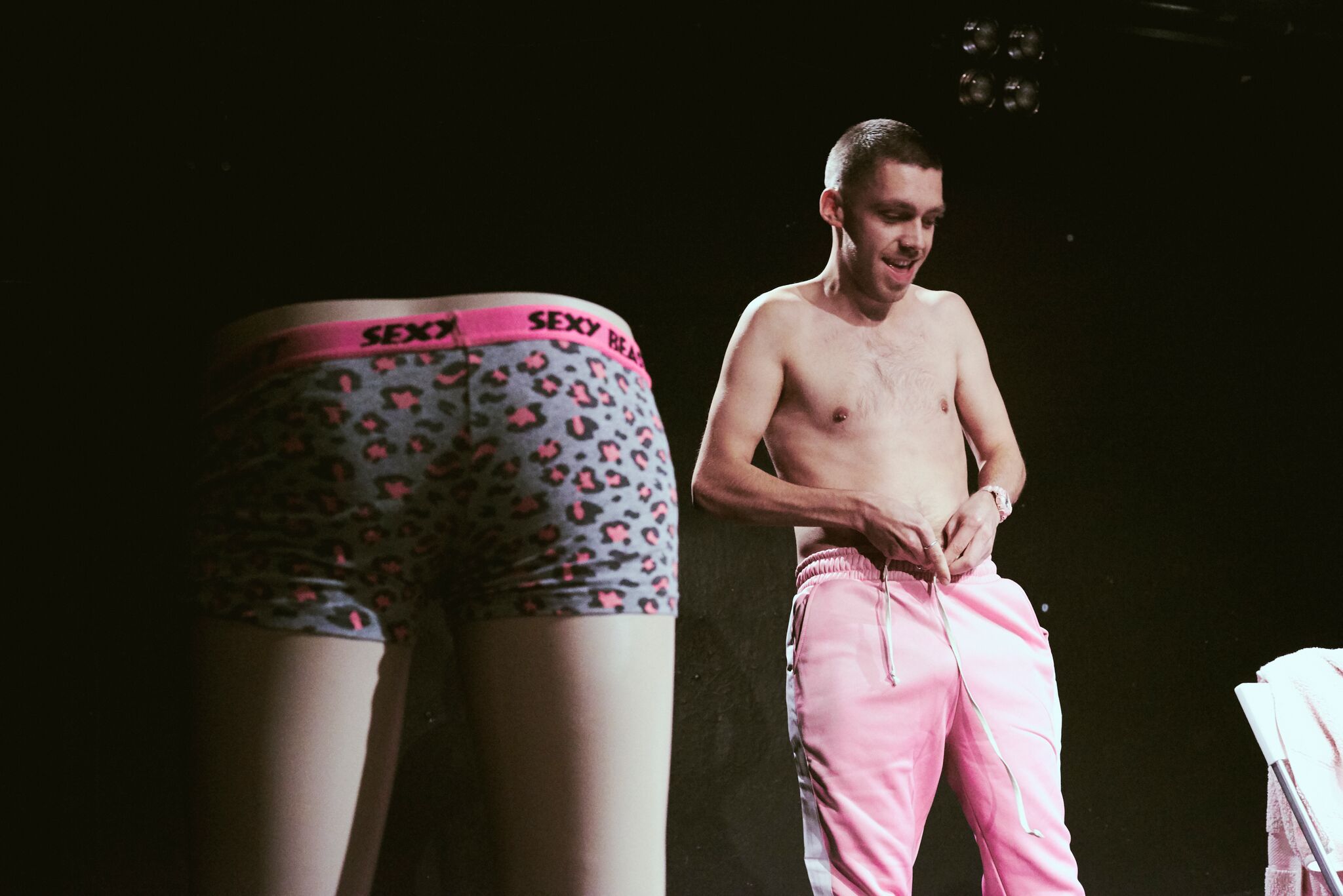 While locked in his bathroom during a tragic third date, Willy Hudson asks: “Are you a top or a bottom?”

Willy’s debut solo show puts the queer experience centre stage through storytelling, song and dancing to Beyoncé. This honest and funny story unfolds during a disastrous third date – where Willy attempts to overcome his performance anxiety.

In a world of zero-hour contracts, online dating and late-night clubbing, Bottom confronts attitudes towards masculinity, femininity and confidence in modern queer culture.

Willy describes the show as: “A ‘queer coming-of-age remix’ exploring performance anxiety and identity within queer culture. I’m trying to put queer stories centre stage, and open them up to give true representation in a funny, honest and inclusive way.

“It’s a comedy but it has a big heart. It’s about overcoming anxiety and allowing yourself to be vulnerable.”

Willy Hudson is a performer and writer from Devon. He recently graduated from The Oxford School of Drama and is an Associate Artist of the Exeter Phoenix.