In an earlier version of this story we incorrectly reported that a resident had “stolen” food from other residents at the home. After it was pointed out to us that there were specific circumstances around this individual’s case we were happy to remove the word and we apologise to the care home and owners HC-One Limited.

A SHOCKING report into a Scottish care home has revealed meal management was so poor several residents lost significant weight.

Drummohr Care Home in Musselburgh, East Lothian, received an unannounced visit on May 1 this year from the Care Inspectorate.

Their recently published findings reveal there was “a lack of oversight and management of food and fluid intake in the home”.

As a result, 19 residents were recorded as having lost weight in March this year, five of whom suffered “significant” weight loss.

Health chiefs have suspended admissions to the home as an “interim measure” to enable staff to “focus on what needs to be done”.

The Care Inspectorate report said: “There was a lack of oversight and management of food and fluid intake in the home. 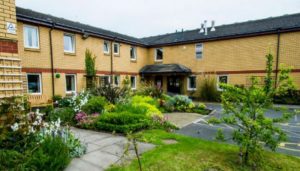 “We observed instances where residents did not take their meal and nothing else was offered,” stated the report.

“Teas were often left cold and untouched and one resident walked around taking others’ meals and drinks.

“We also noted that there was specific guidance in a care file from the dietician in respect of food and fluids that one resident could have. The instructions were not followed.”

The report concluded: “These issues, together with the lack of guidance to staff in respect of monitoring, recording and evaluating intake is concerning.”

The nursing home was graded as “weak” in all aspects of service, including quality of care and support, quality of environment, quality of staffing and quality of management and leadership.

The report was also mentioned concern for cleanliness and hygeine, adding: “At the last inspection we made a requirement about maintenance and cleaning of the home.

“Actions were taken to rectify faults or address recommendations made by other regulatory bodies.

“However, we were concerned about the lack of cleaning in the home which meant that people did not live in an odour free, safe environment.

“Previous outbreaks of infection had been reported and, whilst we could not attribute this to the cleanliness, it is essential that good practice is in place to prevent any spread of infection.

“Cleaning was needed in the general environment, equipment and personal care items, such as mattresses and seating.

“It is concerning that cleaning has not been addressed appropriately since our requirement was made in 2016. Relatives, visitors and staff have commented on the cleanliness and odours.”

East Lothian Health and Social Care Partnership, the NHS body responsible for overseeing care homes, confirmed that it had currently suspended admissions to the home in light of the recent report, until improvements have been made.

A spokesperson for HC-One, which runs the nursing home said: “The health and wellbeing of our residents is our highest priority and we take all feedback from the Care Inspectorate extremely seriously.

“We are pleased their full report included some positive comments about the home, particularly noting our staff team are “kind and caring” in their approach to residents.”

“We also recognise the need to do better in some other areas.

“To do this, we have a new home manager in place who is being supported by the wider management team, and we continue to work closely with the Care Inspectorate and relevant authorities as we implement our improvement plan.”

Drummohr is the second nursing home in East Lothian operated by HC-One to have its admissions suspended in two years.

Tranent Care Home was temporarily stopped from admitting any residents in 2016, after a Care Inspectorate report rated it “unsatisfactory”.

Staff at the home were reported to have ignored residents’ cries for help and left them in food-stained and soiled clothes.