DUNFERMLINE manager Allan Johnston has revealed his reasons for making defender Lee Ashcroft his new captain for the season ahead.

The Pars needed a change of skipper after Callum Morris left the club this summer and subsequently joined Ross County.

With last term’s vice-captain, Nicky Clark, having also departed during the close-season for Dundee United, Johnston needed to find a new leader in his revamped squad. 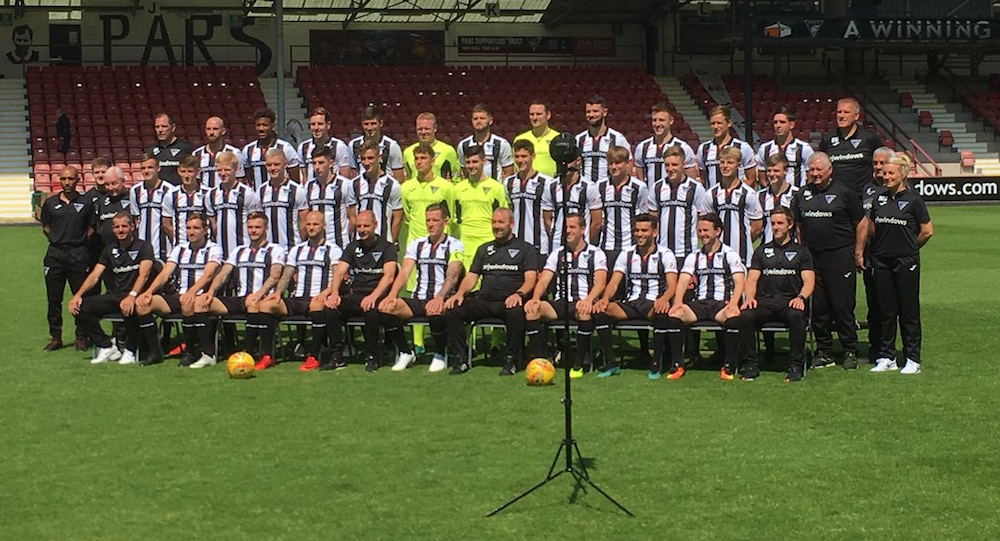 And he believes Ashcroft, who captained former club Kilmarnock aged just 21, has all the attributes required for the armband role.

Johnston, who signed the 24-year-old for Dunfermline in 2016, said: “Ashy is going to be the captain this season.

“He’s been different class in the last couple of seasons since I brought him here. He was player of the season last season and I voted for him the year before as well.

“He’s ‘Mr Consistent’, he’s a leader and he’s got an old head on young shoulders.

“So, I think he fits the role perfectly.”

Meanwhile, Johnston has urged Dunfermline to rack up a fourth straight Betfred Cup victory to confirm their place in the knock-out stages.

The Fifers followed up impressive wins over Peterhead and Dundee with a 7-1 thrashing of Brechin City on Wednesday night and Johnston is targeting a 100 per cent record with another success at home to Stirling Albion on Saturday.

He added: “If you look at the performances since we’ve started playing the competitive games they have been really good.

“We’re scoring goals and not conceding many, so it looks really bright at the moment.

“We just want to get the job done this weekend and then it’s a good start to the season.

“Stirling are a good team and there are no easy games, but we’ve got competition in all areas of the squad and that should keep the players on their toes.”