The grotesque love child of Don Juan and Don Quixote, Don Rodolfo promises to take audience members on a journey through his conquests, his adventures and every stupid thought in his idiot head.

Character Comedian, Ciarán Dowd makes his solo debut as Don, a swordsman on the journey from his violent birth and dysfunctional youth, to his first great love and the murder of his father.

Throughout the performance Ciarán and Don deal with life’s big questions. Is it better to make love or find love? How did you get your hair to stay like that before hairspray? Is it possible to stage a swashbuckling adventure in a portacabin? And how similar can a storyline be to ‘The Princess Bride’ before there are legal issues?

Ciarán Dowd has appeared in Josh on BBC1, Gameface on E4, and Drunk History on Comedy Central. This year he can be seen in Stephen Merchants feature film Fighting With My Family and Keith Lemon: Coming in America.


Ciarán is also a member of critically acclaimed sketch group BEASTS who are returning to the Pleasance Queen Dome for four nights only this with Best of BEASTS (16th-19th August). 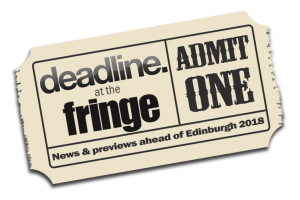