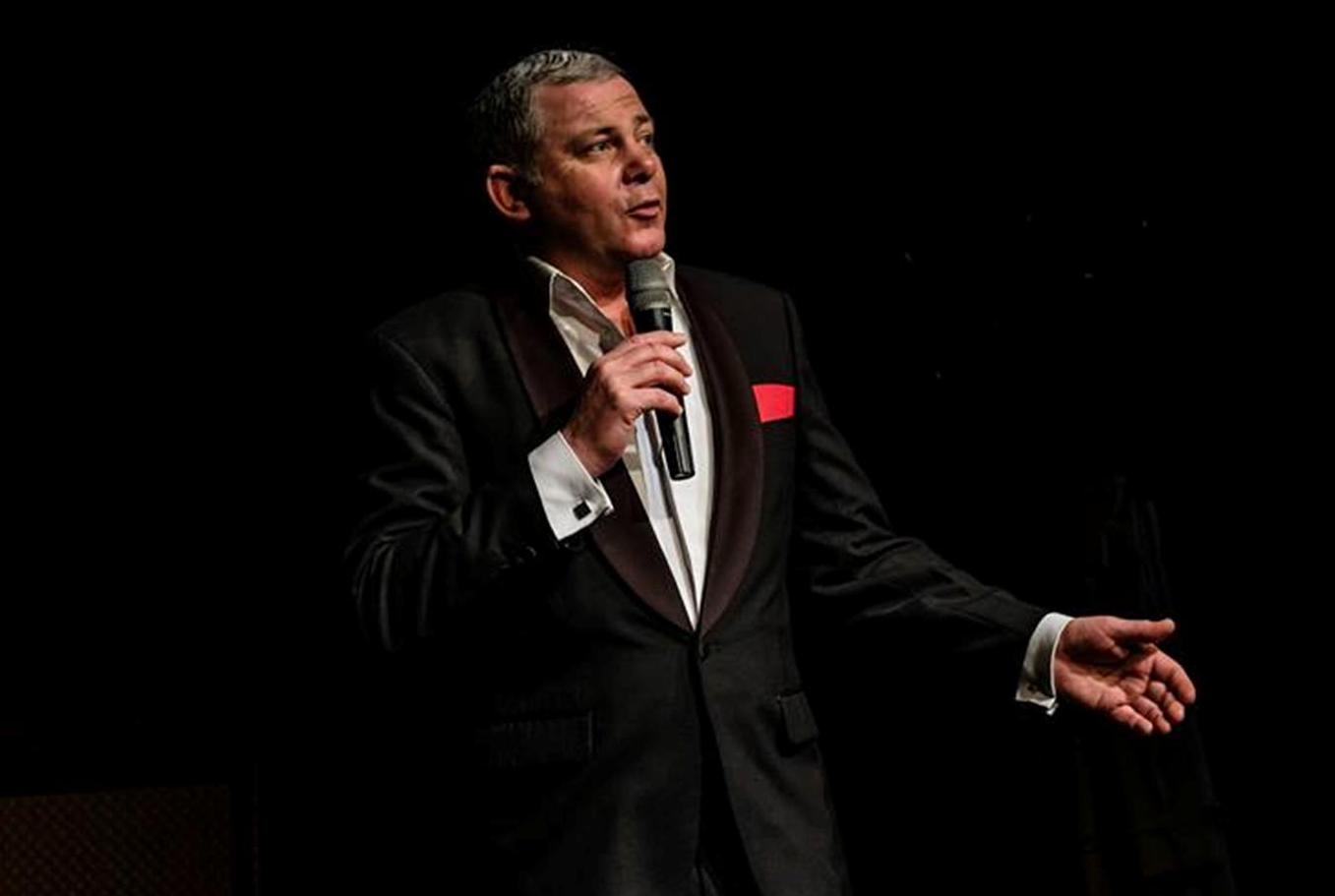 People probably think they know all there is to know about Frank Sinatra – the legend, the voice, the marriages – even the fabled Mafia connections.

Dotted with some of the greatest songs Sinatra ever recorded, Let’s be Frank! aims to give audiences the untold truths about the ‘Chairman of the Board’, exploring some of Sinatra’s darkest hours that ensnared him both personally and professionally.

Set in Sinatra’s twilight years and fighting the onset of dementia, this production, written by Tony Delicata, answers some of the questions that are continually asked about Sinatra’s colourful and chequered life. From his associations with the Kennedy Family, to his fight for racial equality.

Playing Frank is Moray Innes, just about as good a Sinatra soundalike as you will find – but combined with an acting performance of grace, poise and humility that will chime with even the most hardened of Sinatra fans.

Born in Edinburgh, Moray Innes has performed as Frank Sinatra worldwide for many years, performing many sold out concerts with his Big Band, staging a 2 hour ‘Salute to Frank Sinatra’ show. Moray has also been invited by the Royal Family on many occasions to perform as Sinatra at many Royal events.