OLLY LEE confesses that watching the Scots strut their stuff in Europe has caused pangs of jealousy.

The Hearts ace is adamant it has only made him more determined to be in their shoes next season.

Lee was left green with envy as city rivals Hibs progressed to the third qualifying round of the Europa League courtesy of an impressive 4-3 aggregate win over Greek cracks Asteras Tripolis, while Rangers also progressed in the same competition. 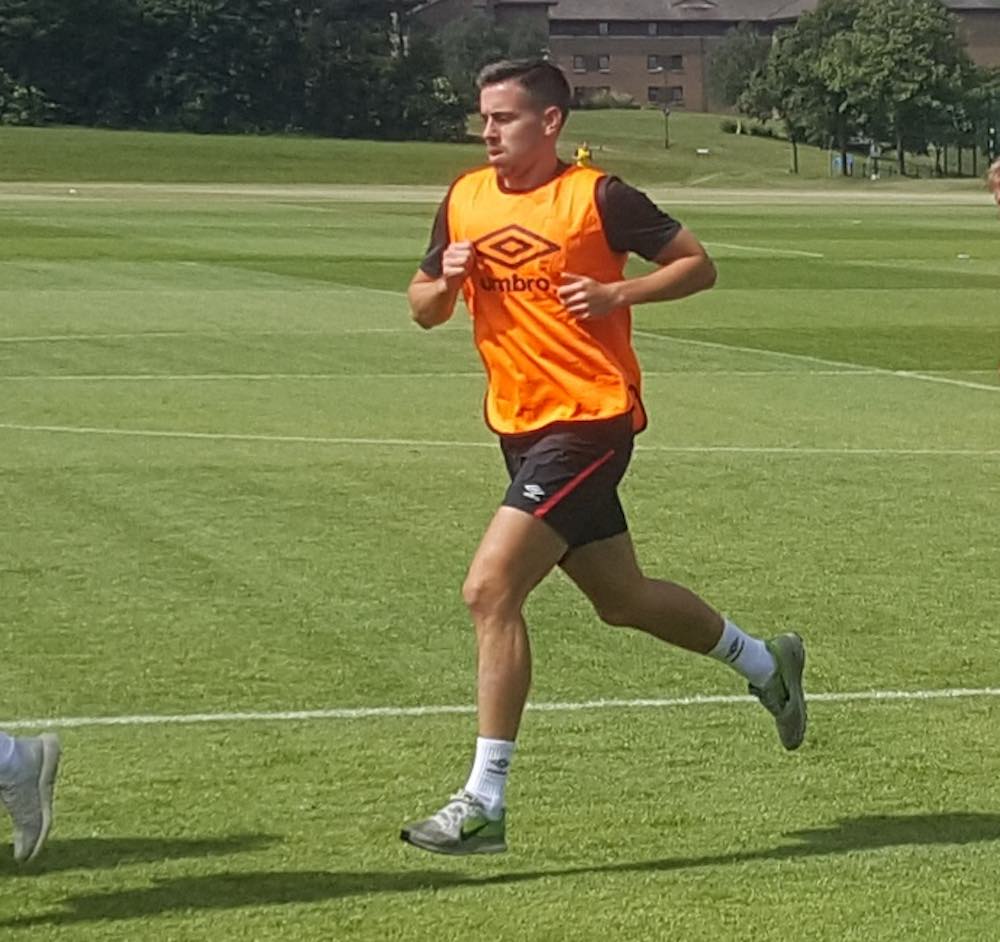 Celtic navigated their Champions League clash against Rosenborg and Aberdeen did themselves – and the SPFL – proud despite exiting after extra-time against Burnley, who can call upon the riches of the English Premier League.

Lee has found the hype and feel-good factor impossible to ignore following a positive week for the game north of the border, and is determined to shine on that stage after joining the Jambos from Luton Town during the close season.

He said: “Without a doubt, Europe is the goal for us. When I came up and spoke to the manager, that was what he spoke about and that was a big pull for me coming here. At Luton, you wouldn’t have the opportunity to play European football.

“Hopefully, on the back of a good season, we will be playing at that level and it will be a fantastic opportunity.

“Watching the other Scottish sides involved this week It makes me a little bit jealous, to be honest. I want to be a part of it. Hopefully next season, it will be us on that platform and everybody can be watching us playing.

“There is a lot of competition up here, a lot of good sides, and it’s a case of us going out on to the pitch and showing what we are capable of. There will be ups and downs throughout the season, as there is at any time, but we are very confident.”

It is an aspiration echoed by manager Craig Levein, who – while not keen to paint a target on his back should they fail – admitted a return to continental competition was his aim for this season.

Lee added: “I think we all know what’s needed. Everyone knows the expectation and that we’re playing for a massive club. That’s the reason we have come to Hearts. You don’t come up here if you are going to be scared of the pressure and expectations.

“You have to thrive on it and look forward to it.”

Lee’s lofty ambitions are not dampened by the challenge of blooding 13 new signing into the side as part of Levein’s summer revolution.

Following a slow start in the Betfred Cup group phase, Hearts blew away the cobwebs with successive 5-0 triumphs over Cowdenbeath and Inverness to safely reach the last-16.

And Lee reckons the signs are already apparent that the capital club are creating a bond, on and off the pitch.

Lee, the son of former England and Newcastle star Rob, continued: “There are little things that you can see the manager has worked on coming out into play. It’s just a case of building on that gradually to have a positive season ahead.

“We’ve got 13 new faces so it’s never going to immediately be a case of running away at the top of the league, beating everyone. But there are a lot of good players here who trust each other now. There is some good experience and a lot of good young lads coming through.

“It’s an exciting group to be a part of. We went to St Andrews for a couple of days in pre-season. Being with each other 24/7, you see different sides to people, different characters. So that was nice. It definitely helped.

“That’s been a big thing for me – how quickly I have been able to settle into the dressing room. It’s been easy to get on with everyone.”

However the proof will be in the pudding when Hearts kick off their Premiership campaign at Hamilton this afternoon, with the Jambos taking to the field on the sort of artificial turf that Lee will be forced to become accustomed to, with Accies, Kilmarnock and Livingston all utilising them.

Plastic pitches are not permitted in the English Football League – where Lee spent his whole career prior to arriving in Edinburgh – however Lee has no intention of using the surface as an excuse for not picking up three points.

He continued: “It’s part of playing in Scotland. We will play on anything. We used to play in car parks and school fields – so you get on with it. It’s probably not ideal, but you go out and you do your job. It’s 11 versus 11, a round ball – put it in the goal.”