A nerve-shredding 1-1 second leg draw in Greece was enough to see the Leith side set up a third qualifying round clash with Norwegian side Molde with a 4-3 aggregate victory.

Hibs were in command after John McGinn notched a 43rd minute goal before the home side had Michael Manias sent off after the restart. 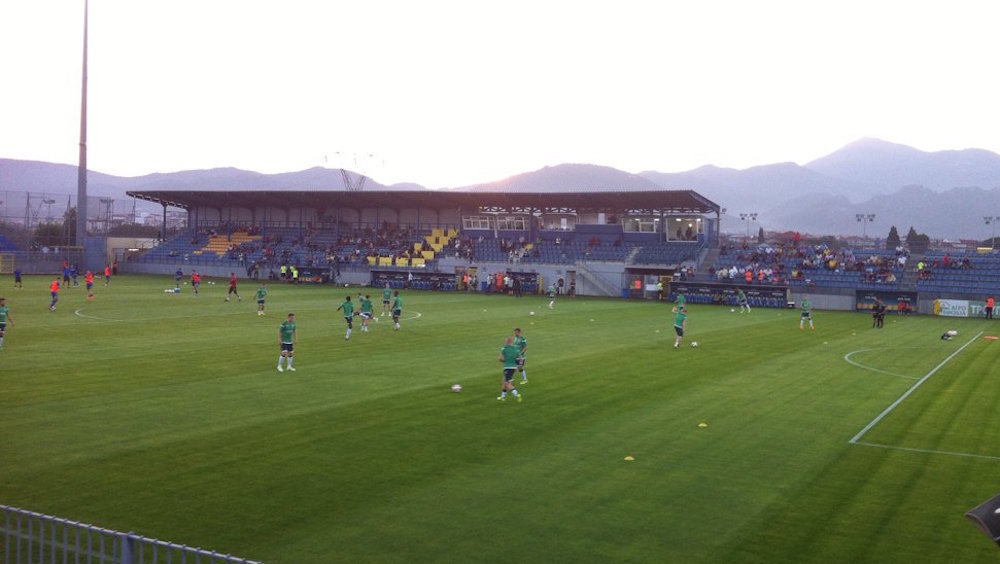 Lennon said: “I am very proud of the players, it’s a tremendous success to get through. It was everything I imagined it to be as I knew it would be a difficult night.

“We made it more difficult for ourselves, but we are good value for the result over both the ties.

“We are learning as we go and the journey now goes on.

“On the balance of play I believe we deserved it.

“It came down to game management and you need to give credit to our players, the game changed when we scored our goal and then when Asteras went down to ten men.

“When they scored it was poor defending from our point of view. We didn’t handle the game management as well as I would have liked.

“We should have been more comfortable with a man extra.”

Bogdan was at fault for the opening goal in the enthralling 3-2 first leg win but Lennon was more than happy with the Hungarian’s performance.

He added: “Adam was world-class. The save from the header was Gordon Banks-esque, I don’t know how he got that out.

“I’ve admired him for a long time. He’s had a bit of rust but tonight we saw his capabilities – and in Europe away from home you need your goalkeeper to play well. I know that from my own experiences as a player and manager at Celtic.”

A dramatic ending to the half saw Hibs draw first blood after riding their luck at the other end.

Defender Pau Hanlon prevented what would have been easy tap in for Nikos Kaltsas at the back post with a crucial headed clearance in the 40th minute before Kosmas Tsilianidis glanced a header off the bar from Giorgos Kiriakopoulos’ corner.

The visitors then stormed ahead two minutes before the interval when Flo Kamberi dispossessed the dithering Walter Iglesias before setting McGinn free, and the Celtic-target forced a shot across the goalkeeper into the net to spark joyous scenes in the stand behind the goal.

An encouraging performance got even better for Hibs three minutes after the restart when Manias, just moments after having a shot blocked by goalkeeper Bogan, collected a second booking for a late challenge on Hanlon.

However, the hosts breathed fresh life into the tie by levelling on the night in the 56th minute.

Tsilianidis turned Darren McGregor outside the area and struck a low left-footed drive beyond Bogdan from 18 yards.

Hibs were rattled as Asteras went about turning the tie in their favour. Bogdan palmed a rising drive from Ioannis Kotsiras over the bar before getting down so substitute Taso Douvikas’ header.

Iglesias then headed wide from close range before frantic appeals for a penalty were waved away after Douvikas went down under a challenge from Bogdan.

The Hibs keeper was his team’s savour again in the 83rd minute with another save to deny Kotsiras.

Lennon, whose side begin the Premiership campaign with a visit of Motherwell on Saturday, also confirmed that talks aimed at re-signing Jamie Maclaren from German outfit SV Darmstadt 98 should reach a successful conclusion.

He added: “I think it’s getting closer and hopefully we’ll have something over the line by the weekend. It’s another body and a good player in the building.”