AN untouched Scottish island whose only nod to the 21st Century is a “Vodafone signal in some parts” is one sale for just £120,000.

And possible buyers of Eilean Nan Gabhar, the Island of the Goats, can forget the convenience of open Sunday afternoon viewings.

Prospective purchasers have been warned they must organise their own transport to the island “at their own risk”.

The island, about 30 miles south of Oban on Scotland’s rugged and dramatically beautiful west coast, is the size of about nine football pitches. 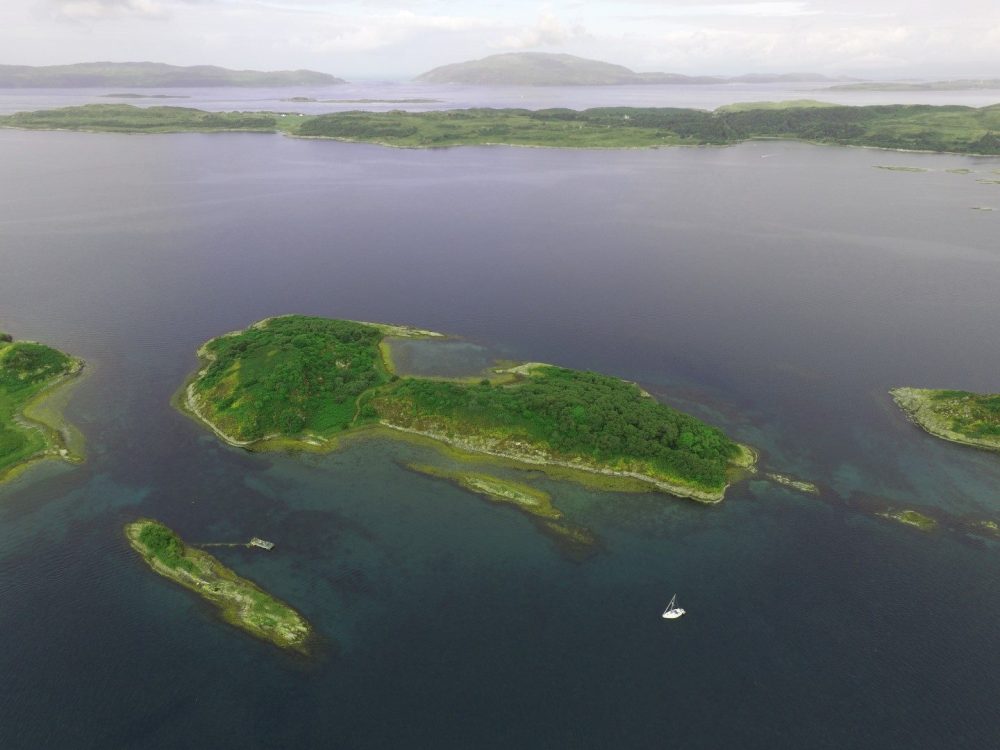 The island features a secluded bay where boats can be safely anchored, a pebbly beach, abundant flora, ancient woodland and fishing.

But the island is otherwise completely without modern services such as water and electricity, and has no buildings.

Sellers Galbraith describe the sanctuary as a “superb example of natural island beauty at its best”. 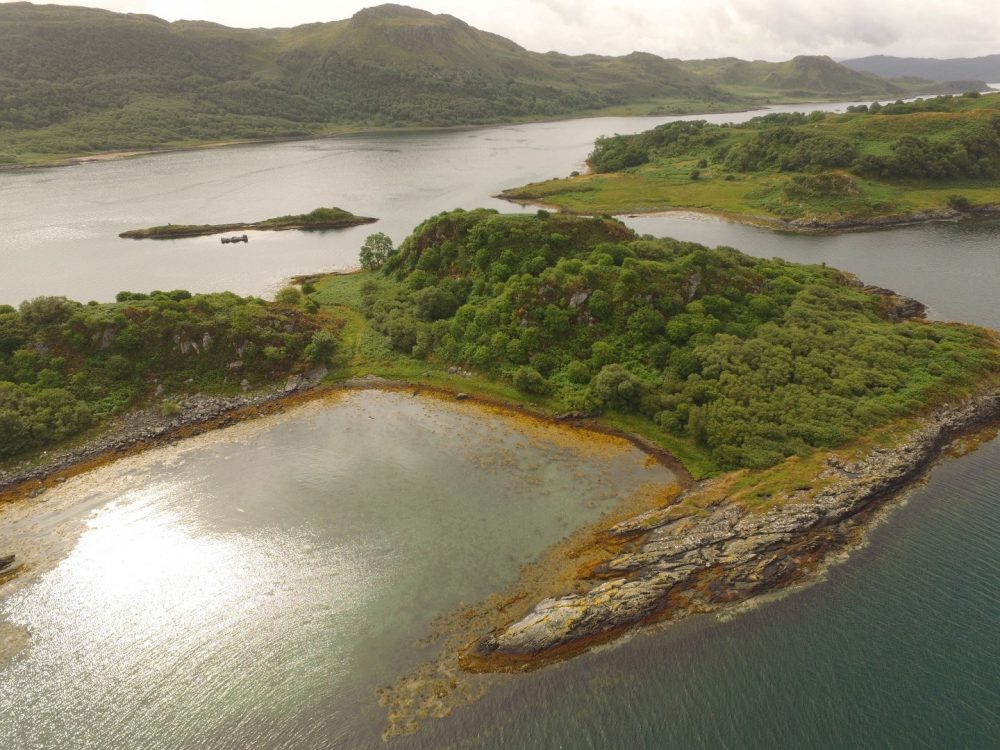 The brochure reads: “The ground is covered with a mix of lush vegetation, grassland, gorse and impressive rock formations.

“A lower area of land situated about a third of the way in from the west provides a natural link between the island’s north and south coasts and includes a rough path accessible by foot.

“Both parts appear to mirror each other, rising up to their highest points and surrounded by numerous species of trees and wild flowers including rowan, willow, beech, bog myrtle, hawthorn, wild garlic and honeysuckle.”

“The island offers a stunning landscape to explore and from which to watch the wildlife it attracts. Fishing is also possible from its coast and numerous bays.” 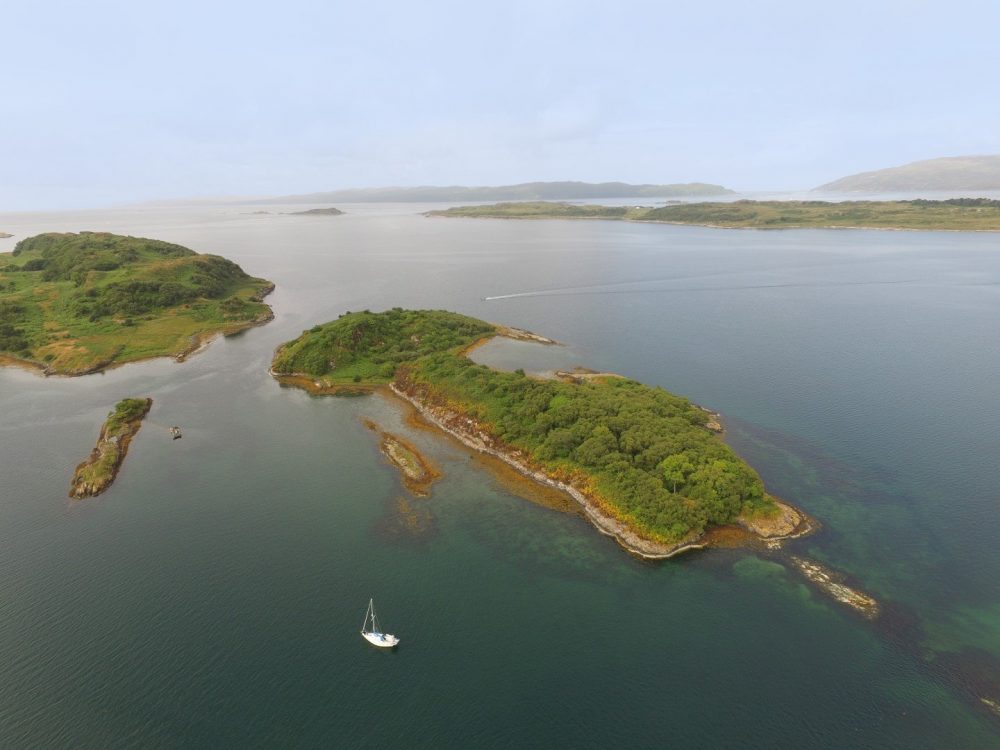 A deep ancient woodland it found on the western half of the island where views of Craignish and the Island of Rum can be found.

A sheltered anchorage can be found where a pebbly beach can also be accessed by rib boat or kayak.

The bay also provides a natural haven for otters and sea birds.

Islanders can venture south to Lochgilphead where they will find shops and restaurants or travel to Glasgow which is a further two hours away.

However, Galbraith do state that any applicants who wish to visit the island for a visit will have to do so with their own transport and at their “own risk”.

They add: “There are no services on the island and no buildings of any kind, however, the selling agents have been informed that a good Vodafone signal can be accessed from parts of the island as well as 3G coverage.”