STIRRING video shows a group of pensioners belting out “I belong to Glasgow” on a packed bus – while raising an Irn-Bru in the air.

The jolly commuters were filmed singing and swaying around on the First bus traveling from Glasgow city centre to Drumchapel on Wednesday evening.

The white-haired singers are shown smiling joyously at each other as they sing the traditional Scottish song in harmony.

While swaying their hands, the lead singer, known as Robert, jumps out of his seat to proudly sing the anthem as loud as he can down the aisle.

While clutching onto one of the metal rails, he is then handed a can of Irn-Bru which he lifts into the air to his adoring audience.

An elderly woman s then shown holding the can up while she sings along too.

The man then sits down in his seat smiling and laughing as their performance comes to an end.

The clip was filmed by fellow commuter Andrew Mackay, a 23-year-old call centre worker, who shared it on Twitter last night (wed) captioned: “So, I was on the way home from work…” alongside “#Glasgow #Scotland #OanYersel”. 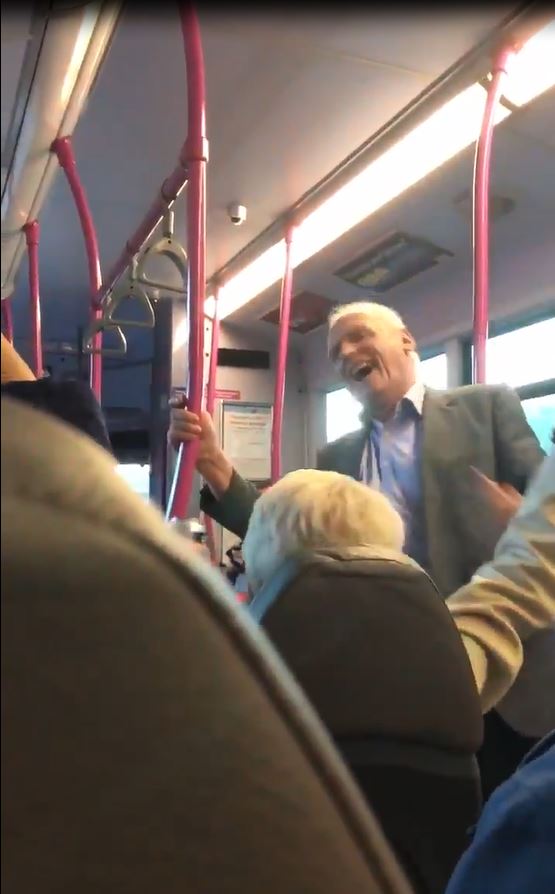 The clip has since went viral attracting over 53,000 views and thousands of comments.

Alasdair McKenzie wrote: “Every day in Glasgow is a festival #quality #GlasgowFringe.”

Chris Charlton said: “Oh I love this! Thanks for the smile. 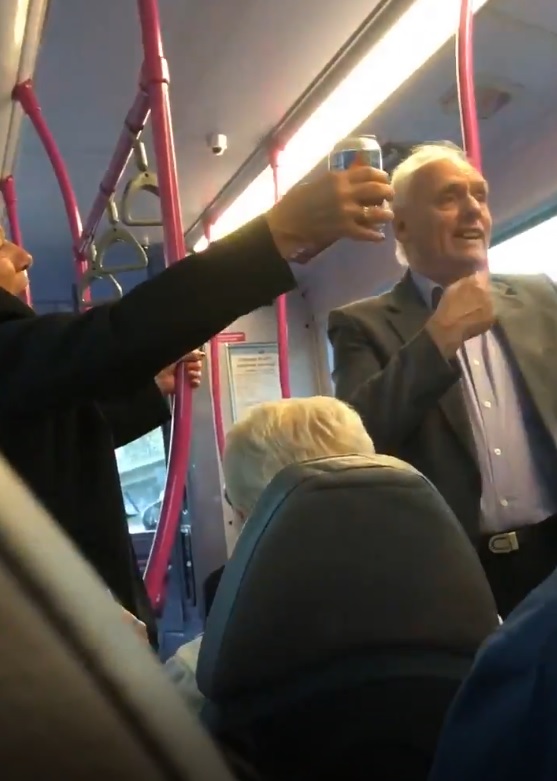 While one other viewer, known as Joburg Bhoy, joked: “50 shades of bevy.”

Speaking today Andrew said: “I got on the bus last night near Glasgow Central on the way home from backshift. It was the 1C towards Drumchapel.

“As I was getting my ticket, I realised people were singing.

“At first I was ready to pop my headphones on and put it fall blast but then I realised it was a bunch of pensioners.

“That made me smile. I didn’t play any music, I listened for a wee bit, then I started enjoying it.

“This woman was giving it ‘Welcome to the party bus!’ when people were getting on, which was hilarious. 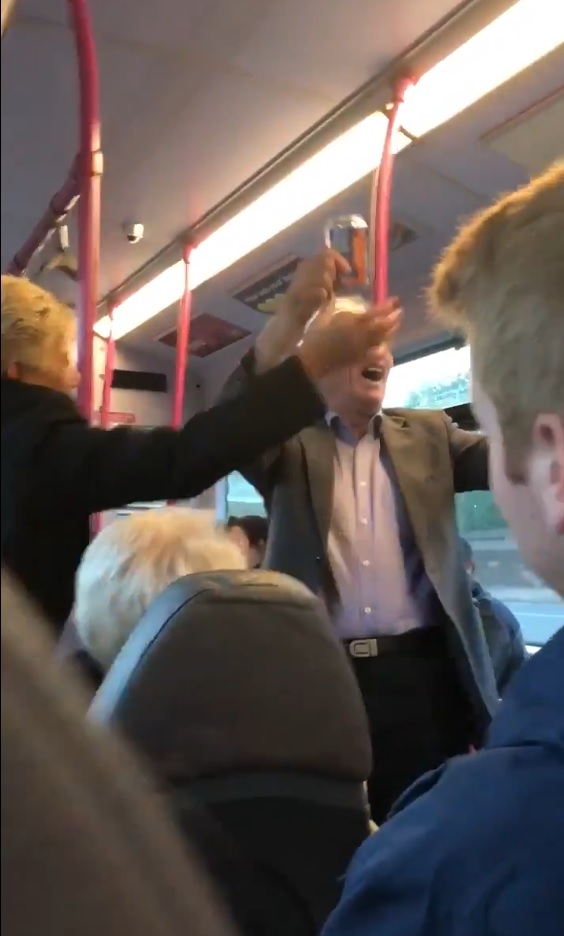 “It was then everyone was starting to laugh.

“They were definitely a group of friends, they were organising a day out for the same time next week.

“One of the women on the right side of the bus said ‘Take it away, Robert’ and by that point I was grinning ear to ear, hoping he would and the video is what happened.

“Fair to say Robert proper did take it away!”

Andrew added: “Another thing that really made me smile is after Robert, the guy singing, got off one of the women who was singing sorta sighed really heavily and asked her friend ‘How long have we been out?’.

“The woman said ‘We’ve been out since 11:30’ which I thought was really funny because that’s when my shift started that day. S

“So they’d spent the duration of my shift out.”