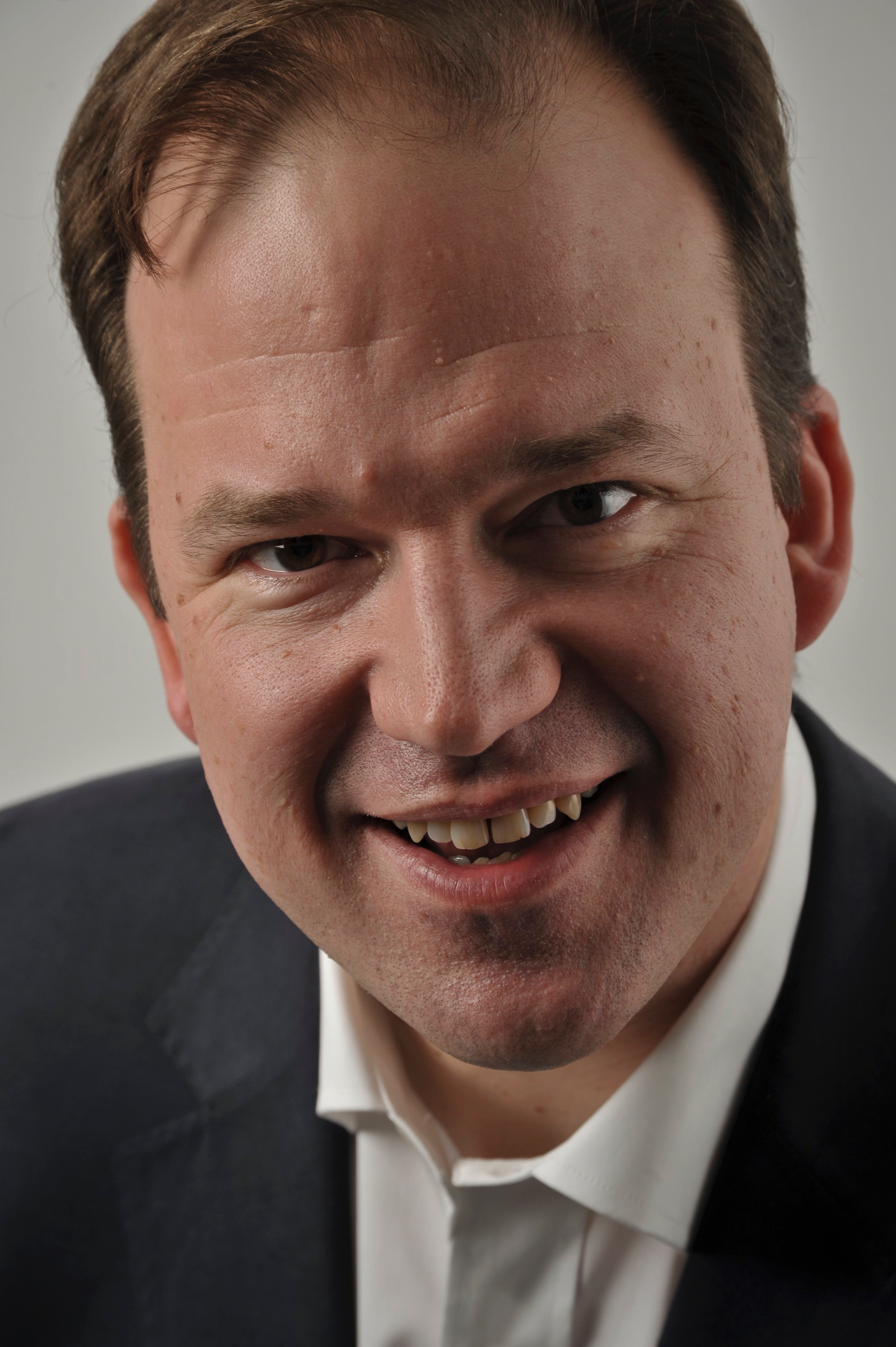 Jesse Norman. the Parliamentary Under-Secretary for the Department for Transport at the Edinburgh Book Festival to promote his latest book, Adam Smith – What He Thought and Why It Matters.

The event is supported by an anonymous benefactor. Money donated from someone who wishes to not be named. Magnus jokes that this might be akin to Adam Smith’s Invisible Hand.

The audience is mostly made up of an older demographic with the odd splattering of the young political. Norman, also the MP for Hereford and the South Herefordshire, delights in the fact that he is in Edinburgh, close to Smith’s home ground.

“I am not here as a politician, I am here as someone who takes an intellectual and hopefully practical interest in 18th century ideas and their implications.” he declares as he introduces the book.

“Smith is absolutely not just the father of economics, he is also probably the founder of social psychology as well.” Norman insists.

Norman’s point for researching Smith sounds admirable. “Part of the purpose of my book is to slaigh these dragons of the left and the right, so that we can focus on what he did say, so that we can use it to think about today’s modern policy problems.”

Norman outlines a brief history of Smith from his early years of exploring Europe with the likes of Voltaire to his involvement in advising the government on the spat with the US colonies. He also outlines Smith’s two most admired pieces of work.

The 1st, he suggests, is, “The Theory of Moral Sentiments, often misunderstood as a work of moral philosophy but one that is really a book about moral psychology.” This, Norman explains, is where Smith suggests we get our moral ideas, our values and our norms from.

Smith, according to Norman, has a revolutionary idea; we don’t get these values from external authority such as God, or the aristocracy. We obtain our moral norms and standards from interacting with each other. The Theory of Moral Sentiments was published in 1759.

The 2nd, “The Wealth of Nations, is an astonishing piece of work”, says Norman. This work, Norman outlines, describes the theory of the evolutionary development of humans and the stages we have been through from the early hunter gathering years to modern (1776) economic times; what Smith calls, commercial society.

This piece also launches a violent attack on the commercial system of Great Britain. Norman suggests that “Smith’s work has been wildly misunderstood as portraying him as a lascifair economist, a very tooth and clay, cut people loose, type.”

He presents that people’s interpretation of the Wealth of Nations, has given rise to a number of caricatures. One of which portrays Smith as a market fundamentalist and an apologist for selfishness and human inequality. This, Norman exhurts, is not what Smith was, or what he stood for.

Norman is attempting to bring Smith back to life and seek to challenge and address the current mismatch in policy, economics and human behaviour. However, I remain sceptical about how true a picture Norman presents and whether this is the best way to influence modern politics.

Adam Smith, What He Thought and Why It Matters, published by Allen Lane 2018 is not only a biography of the great historical economist, it describes an influential and enlightened thinker whose ideas would bring benefit to closing the cavern between modern politics and human behaviour.

BOOK FESTIVAL: Markus Zusak on why his new book is better than the last