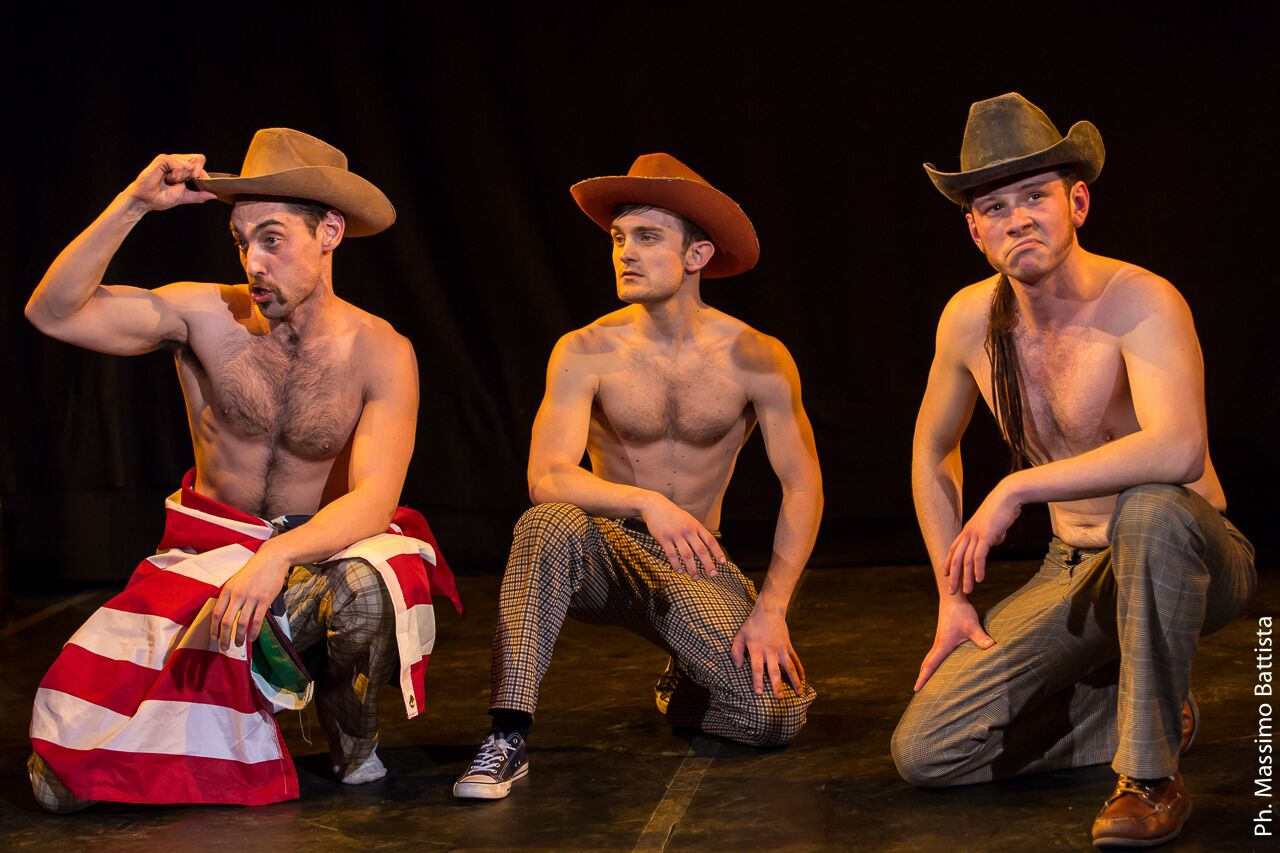 Police Cops is a fast-pace comedy that spoofs almost every police show of the 70s and 80s. This parody is a bit like Hot Fuzz meets 22 Jump Street but with way more comedy montage sequence’s. It pays homage to a lot of stereotypical police characters from the previous decades.

The Pretend Men are back in Edinburgh with Police Cops – and new this year, the sequel Police Cops in Space. They filled the Assembly theatre venue in George Square with roaring laughter as the three young men went from becoming young brothers, to Police Cops, to an evil mexican villain, and even a not-so-innocent cat.

The plot follows a young American boy who promises his older brother Billy that he will become “the best police cop ever”, when he sees him shot on a street in a fatal accident. After growing up and graduating police cop training he is then set a difficult mission by his old-school boss, and has to track down a retired cop to help him – that he finds drunk in a bar.

The Pretend Men use props, and a variety of questionable accents to jump between characters, adding to the hilarity of the show. The crowd are only more entertained when the group have fun with their dialogue and break the fourth wall, often with authentic improvisation responding to the audience’s approval.

This is a young show, enjoyed by all ages.