SHOCKING dashcam footage shows the moment a tiny child sprints across a busy road – to chase an ice cream van.

The boy, thought to be aged two or three, emerges from behind a parked car and does not look left or right as he runs as fast as his legs will carry him.

Mercifully, a nearby set of traffic lights were on red, meaning vehicles were slowing down when the boy made his dash in Sheffield.

The tot catches up with the ice cream van at the lights and hops in and out of the road in anticipation of getting a treat.

A stranger intervenes to take hold of the boy and shortly after that his panicked mother runs along the pavement to take care of him.

It is thought the boy, who was filmed on August 9, had got away from his mother while she was ordering at a nearby Chinese takeaway.

In the clip, filmed by Andrew Metcalfe, 35, the boy can be glimpsed running on the opposite pavement, apparently in the company of an older boy.

Suddenly, the boy darts into Bellhouse Road from behind a parked car. He is totally oblivious to the traffic apart from the ice cream now stopped at the lights.

Thankfully, no traffic is coming from his right or he would almost certainly have been knocked down. Cars coming from the left, including Andrew’s, are slowing because of the lights and he makes it to the other side unscathed.

The excited little boy stands in the road next to the ice cream van until the driver gets up from his seat, leans out of the window, and points to him. A man who had been waiting at a bus stop gets a hold of the lad.

Finally, the boy’s mother runs into the scene and grabs her son, obviously giving him a ticking off as she walks away, accompanied by another youngster.

Andrew, a coach driver from Sheffield, uploaded the clip to social media with the caption: “Mum was in the Chinese waiting for her order.”

Diane Clarke responded: “Omg, is this for real?”

Tammy Richelle Lowe, in an apparent reference to her own child, commented: “I would have a heart attack if Stanley run in the road after an ice cream van. Or at all.”

Danielle Lord said: “What a stupid woman. Keep an eye on your kid for christ sake. That child should have been on a wrist rein or at least kept her eye on him. Some people.”

Andrew said today: “Thank God he wasn’t hurt. Some part of me was mad that someone could let their child out of their sight.

“I thought, ‘What if it was my son?’ and I just froze. Then I thought, ‘I need to do something’ and then my mind turned to, ‘If I go and get hold of him I could end up in jail accused of been a paedophile and the mother might have accused me of kidnap’ so I just froze.

“Today’s society is crazy I know. I think that’s why no one else did anything as well because the man at the bus stop was unsure on what to do probably thinking same as me.” 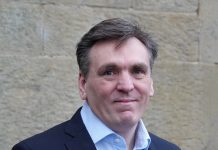 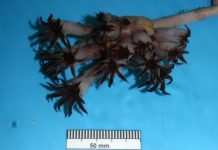 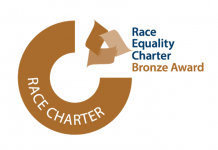