Hearts manager Craig Levein has revealed he is planning to be back in the dugout after the international break despite needing urgent medical treatment on Monday.

The 53-year-old posted his first message on Twitter since February 2016 to give an update on his well being and offered thanks to the staff at the Edinburgh Royal Infirmary for their care as well as recognising the ‘overwhelming’ support from the Scottish football fraternity.

Levein, who is now recovering at home, also effectively confirmed that he was hospitalised with a heart problem after specifically paying tribute to the coronary care unit (CCU). 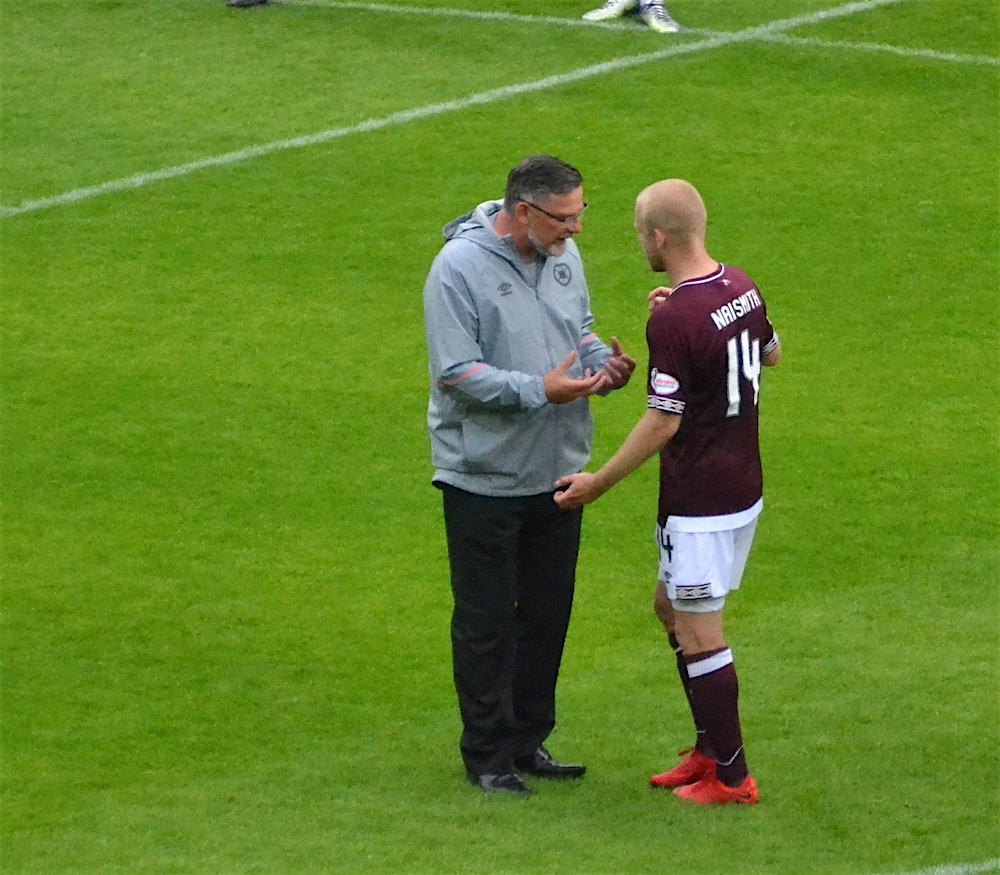 Hearts assistant manager Austin MacPhee will deputise in Levein’s absence for tomorrow’s visit of St Mirren as the early Premiership leaders attempt to maintain their flawless start with a fourth successive win.

However, the former Scotland manager admits he is hoping to be back in the technical area for the September 15 trip to Motherwell.

Levein said: “Out of Twitter retirement for a short period. I’d like everyone to know that I’m feeling great and aiming to be back in the dugout for the Motherwell match, all being well.

“I’d like to thank the paramedics and all staff in the CCU at ERI for their care and professionalism.

“I’d also like to thank the professional footballing family for their amazing support, it’s been overwhelming.

“Huge respect and gratitude to the Hearts supporters and those of other clubs, including our friends across the city (Hibs) who have taken time to wish me well.”

MacPhee stood in for Levein at the club’s weekly press conference on Thursday morning and admitted the manager was itching to return to work and would pick the team for Saturday.

MacPhee said: “You could have let him out of there on Monday afternoon and he would have been here.

“I don’t know if there was a lock on the door. He is doing well and is in good spirits and I’m sure he’ll be back soon.

“Craig will pick the team for Saturday. We’ll have a conversation but he’ll make the decisions.

“I’ve had my teeth knocked out before so I’m not asking him whether he has been asked to take a complete step back.

“I’m just answering the phone each time he phones.”

MacPhee visited Levein in hospital on Monday once it was known that the former Hearts captain had already begun the recovery process.

He added: “He was in good spirits when I saw him on Monday afternoon, and wanted out.

“He wanted to talk about football, training and know about what I was doing with the transfer targets.”

MacPhee said: “He likes a scone Craig, a dry one like his sense of humour.

“There weren’t any available on the city bypass so I went for something more traditional going to the hospital and I got him some grapes, they were actually maroon of all colours.

“I thought I did quite well and then Ann went to see him on Tuesday and had got him a Manchester United player. I was upstaged but we all have a different budget with gifts.”

The sobering start to the working week is not something MacPhee, neither his Hearts colleagues, will want to repeat in a hurry.

MacPhee added: “I was shocked on Monday when Ann Budge phoned me.

“Thankfully, within a couple of hours he was already on the road to recovery.

“We spoke about 7:50am in the morning but by the time we addressed the players at 10.30am, the situation was much more positive and he was already on the road to recovery. As a consequence, there was much relief.”

Levein trusts his coaching staff and already delegates much of the day-to-day responsibility to MacPhee and coaches Jon Daly and Liam Fox.

Therefore, MacPhee insists Levein’s absence should not have an adverse effect on the team. 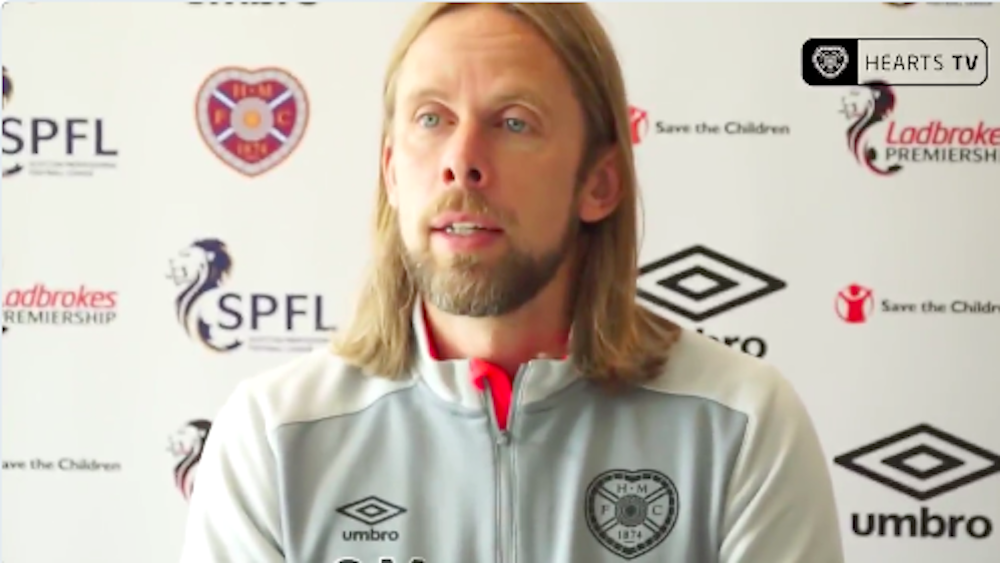 He added: “Craig is unquestionably the key man but he has built a structure and given us experience that allows us mentally to be relaxed and comfortable in this situation.

“He is by no means a control freak. He works as much on developing the young staff around him as developing the players. So, in a moment like this, we know what to do.