GORDON Ramsay has been outed by his daughter as being incredibly polite – to Google.

The usually foul-mouthed chef was caught out by daughter Holly typing “please” on the end of each sentence in the search engine.

The 51-year-old Hells Kitchen star was caught in the act by his daughter Holly who filmed him asking Google: “Newquay to Tenby in miles please.”

However, the hot headed TV star put it down to “manners” in a hilarious video response posted on his Instagram.

The chef was having dinner with his family at his Heddon Street Kitchen in Mayfair, London, last night when Holly caught him out.

The short four-second clip shows Ramsay’s phone asking for directions with “please hilariously on the screen.

Daughter Holly captioned the clip: “Get you a dad who says please to Google.”

The clip then shows a bemused looking Ramsay as he pulls the phone back, and one of his children off-screen can be heard saying: “You don’t say please to Google.” 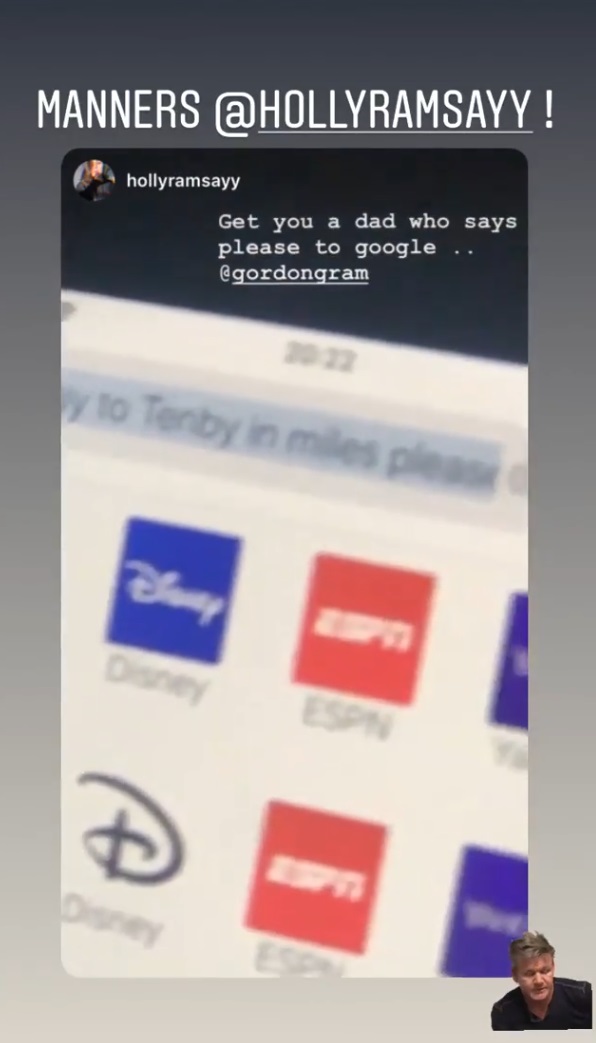 Ramsay then reshared the video on his own Instagram with the simple caption: “Manners.”

The Scot has sparked controversy multiple times over his lengthy career – due to his rude outbursts and frequent swearing – leaving his cooking shows heavily bleeped.

In 2009 the chef was in hot water after he swore every two-and-a-half seconds in his Channel 4 show.

He swore a staggering 243 times in one episode of Gordon’s Great British Nightmare and faced calls for him to be fired at the time. 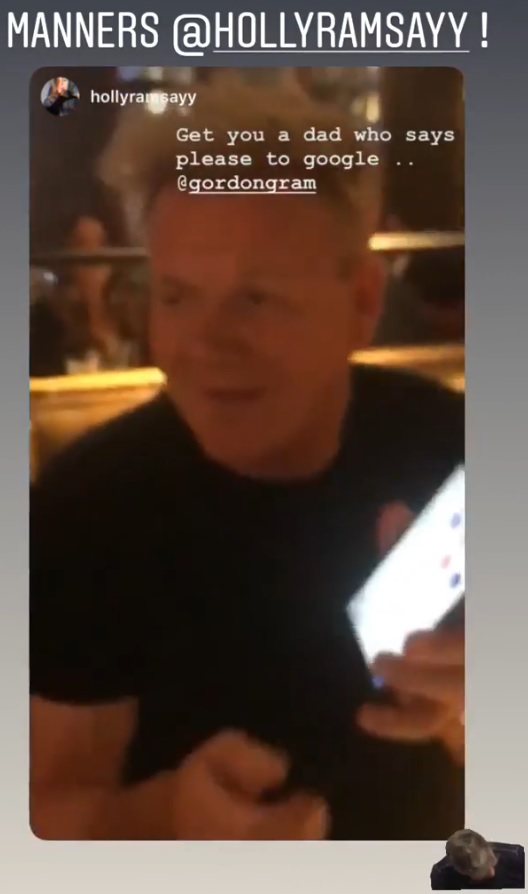 In April 2017 Ramsay claimed on This Morning that he doesn’t mean to swear – it just “slips out”.

In 2016 Google thanked an 86-year-old British grandmother after it was revealed she typed “please” and “thank you” into an internet search.

May Ashworth’s grandson found her laptop open and took a photo of the unsually polite request which asked: “Please translate these roman numerals mcmxcviii thank you.”

Grandson Ben John, from Wigan, later revealed that his gran thought being polite would make the search quicker.

Share
Facebook
Twitter
Pinterest
WhatsApp
Linkedin
Previous articleHearts boss targets dugout comeback and expresses his thanks after receiving treatment for heart problem
Next articleFormer addict reveals he turned his life around after waking up from overdose after £1,000 binge