Now, there are millions of people around the world who love passing some time playing casino games and having shocking bets. These could be slots or table games such as blackjack, poker or roulette; or dares between friends and family. Celebrities are just as entertained by casinos as the average joe, except they have more money to play with, and to potentially lose. So, it won’t come as a surprise that over the years there have been some big losses incurred by celebrities.

Gladys Knight, known as the “Empress of Soul”, is a seven-time Grammy Award winner but over the years she has been a big loser at the hands of casinos. She learnt to play blackjack early on in her career and became quite fond of sports betting as well as baccarat. At one time it’s believed she was spending around $40,000 a night playing table games such as blackjack, as she went in search of those big wins. While her biggest losses have never been reported, it’s estimated that she will have lost well into the millions at the blackjack tables of casinos spread around America.

Charles Barkley is one of the biggest names in NBA history and is rightfully an NBA Hall of Famer. However, while he was a winner on the court, he has since incurred many losses at casinos. He’s spoken previously about six-figure sittings during his playing days, not helped by living so close to Atlantic City. Barkley has also opened up about winning millions in Vegas, but losing three times as much, with his estimated losses likely to exceed $10 million at least.

Leonard Tose is famous for making his fortune through the trucking industry, and for owning the Philadelphia Eagles from 1969-1985. Tose lived a lavish lifestyle, as you’d expect, and this saw him frequent many casinos over the years, especially in Atlantic City. It’s believed the trucking magnate lost in excess of $50 million over the years, with a considerable amount of that changing hands at Atlantic City’s Resorts International and the Sands Casino.

Pamela Anderson is on of the most famous faces in the American TV and movie industry. She made her name on hit TV show Baywatch and away from filming and modelling she’s well known for enjoying a flutter at the casino. Back in 2007, she decided to hit the Las Vegas Strip and entered a poker game. Unfortunately, in that one sitting she managed to lose around $250,000. While a quarter of a million dollars is a huge amount to some, she cleared the debt swiftly.

Jennifer Tilly, an Academy Award nominee, is also a professional poker player alongside her role as an actress. She’s picked up plenty of wins over the years on the World Series of Poker circuit and is a Ladies Event bracelet winner. However, as you’d expect, she has picked up a fair few losses in her time too, resulting in her quitting the game for a period of time due to the stress losing caused. She made her return shortly after.

Cars That Retain Their Value Well 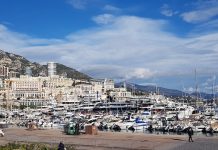 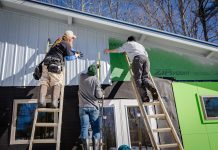