ANGRY residents of Skye have completely destroyed over 100 rock stacks created by tourists and replaced the stones on the mountain side.

Remarkable video shows a large group of locals in The Fairy Glen putting rocks into wheelbarrows and then throwing them back where they were originally taken from.

They claim the world-famous visitor attraction had been robbed of its natural beauty by the trend for creating the stone piles.

Before-and-after pictures show the glen completely covered with rock stacks and then returned to its original state. 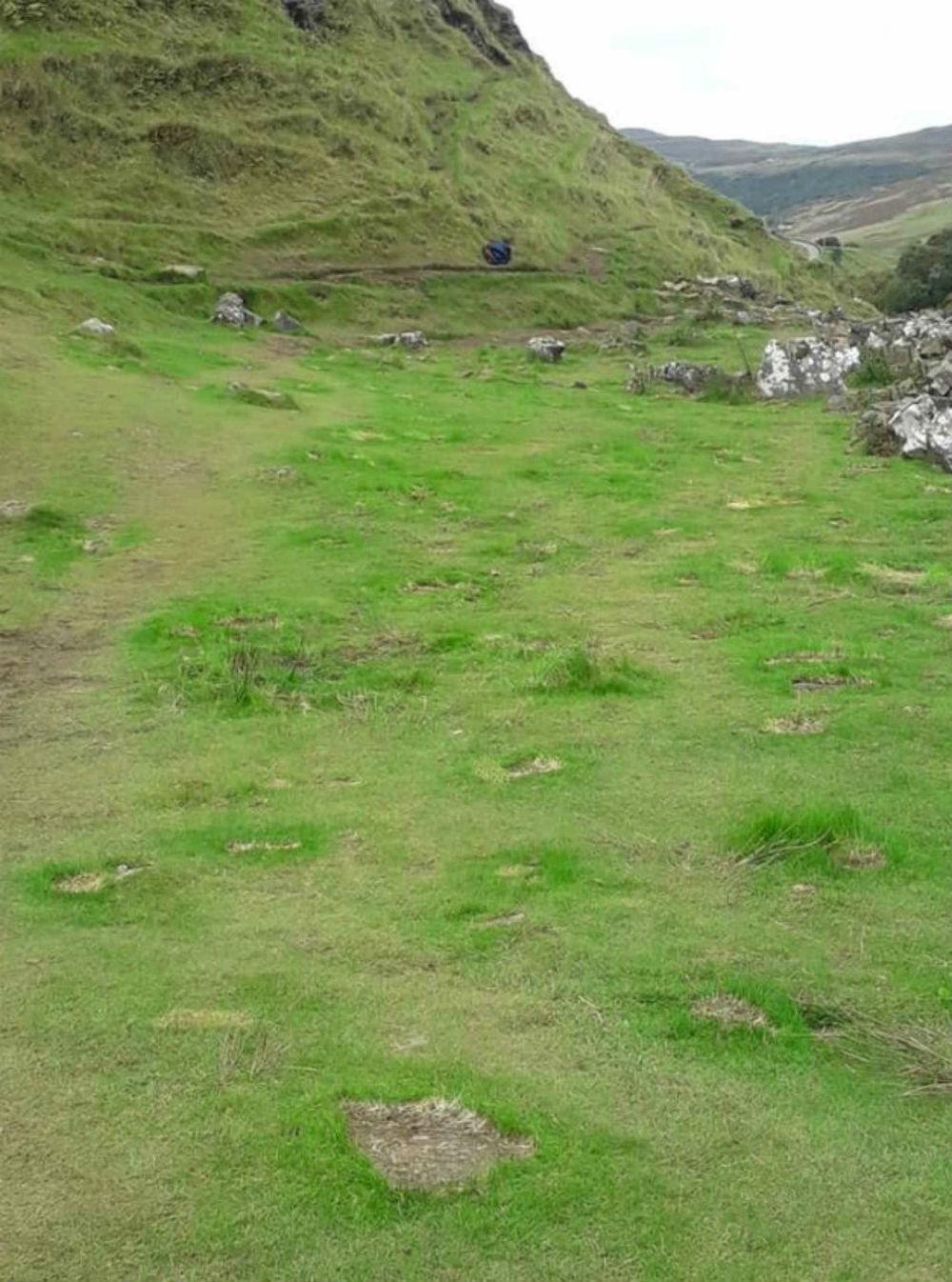 Around 20 volunteers turned up on Saturday to knock down the piles and put the rocks back among the scree where they were originally found.

They handed out explanatory leaflets to tourists, some of whom took part in the restoration. Tourists were told in the leaflet: “Please remember that this is working croft land, not just a ‘film location’.”

The video was uploaded to the Staffin, Isle of Skye, Scotland Facebook page, with the caption: “A big thank you to everyone who came and helped today.

“We were expecting 3 or 4 people not the 20+ that turned up from Portree, Kenselyre, Uig, Kilmuir and Staffin (sorry if I missed anyone).

“Thanks to Linda who printed off information leaflets to hand to tourists who watched us destroying their handy work.”

More than 200 people took to the comments to thank the residents who decided to knock the stone piles over.

Rainbow Qasaar said: “Thank you so much! Broke my heart to see it like that. You are all amazing.”

Deborah Stevens commented: “What an amazing job you did. When we visit we will be sure not to move a single natural thing.”

Adam Williams said: “What a superb effort! The sign will hopefully help for a while. Great to see positive community action.”

Scott Rix said: “Well done everyone involved in putting things back to the way it should be.”

Before and after images show the difference that’s been made as the area is now completely clear.

On Thursday, local resident Claire Irons took a picture of the masses of stones that had appeared on the glen.

She posted the picture on Facebook along with a post outlining how she had knocked some over after one nearly landed on her dog.

She said: “I started knocking them down only to cause a group of tourists to start having a go at me.

“I explained that moving the stones to make the piles were unsafe and could kill a toddler.

“Apparently I am spoiling their fun and enjoyment of the place and they demanded I stopped.”

She then outlined what she thought the tourists view on this was.

She added: “If a child got then it was the child’s fault and erosion doesn’t matter.

Stone piling is fast becoming a growing trend in Scotland with piles being formed in various beaches and countryside hotspots, mainly for people to post on social media.

The trend has caused a huge debate lately with many environment experts coming out against stone piling.

The Isle of Skye has become so overcrowded in recent years that police recently advised tourists not to come unless they had booked accommodation.

Officers said visitors were regularly arriving at the police station asking them for guidance on where to find a bed for the night.

There have been numerous complaints about visitors parking irresponsibly near popular sites, churning up roadside verges and partially blocking already narrow roads.