A PROGRAMME aimed at improving the safety of children in the water by learning to swim has been praised by European swimming chiefs.

Learn to Swim, led by Scottish Swimming and supported by Scottish Water, which is delivered by leisure trusts and aquatic providers across the country, has won plaudits from parents to politicians for its approach to teaching swim

Speaking after learning about the programme during a recent visit to Scotland, Pia Holmen, CEO of the Danish Swimming Federation and a Bureau Member of Ligue Européenne de Natation (LEN), said: “The LEN family is impressed and grateful for Scottish Swimming’s hard work in the area of Learn to Swim.

“LEN is not only about swimming fast in the pool. We are also working on a European Learn to Swim programme. Everybody has the right to learn to swim, and we are dedicated to this cause.”

Pia Holmen is also on LEN steering group for the ‘Getting Europe Swimming Safely’ project, which aims to reduce accidents attributed to drowning across the continent.

The Learn to Swim Framework – already adopted by 25 aquatic providers and Leisure Trusts across Scotland – is the most comprehensive teaching programme of its kind in the UK.

The programme helps to create quality learn to swim environments for children from birth upwards where they can become competent, confident and safe swimmers with opportunities to progress through the aquatic pathway or to swim for fun.

Learn to Swim Ambassador Duncan Scott has led the way in championing the programme citing the important of learning the basic skills on his way to becoming a Commonwealth gold medallist.

Duncan – who won four medals at the recent European Championships in Glasgow and became Scotland’s Sportsperson of the Year for 2018 – is in no doubt about the value of the programme.

He said: “Before I became Commonwealth and now European Champion I first had to learn to swim. Swimming is an essential life skill, but a life skill that is fun to learn and you can start swimming before you start school.

“I am very proud to be the Ambassador for the Learn to Swim programme, and would definitely endorse that getting children into the pool as early as possible is the best way to start to love swimming.”

Sharon MacDonald, Scottish Swimming’s Director of Development, said: “Ultimately swimming should be fun, enjoyable and memorable. If children enjoy it from the beginning they are more likely to continue in the sport and, through the Learn to Swim Framework in partnership with Scottish Water and the aquatic providers, we are creating quality and fun environments that develop safe, competent and confident swimmers.”

Brian Lironi, Director of Corporate Affairs at Scottish Water, said: “Learning to swim is such an important safety skill and it’s vital the basics are learned at an early age. Safety both around and in the water is the paramount reason we’re involved in the partnership with Scottish Swimming.” 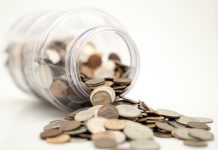