Ahead of Celtic clash, Neil Lennon insists it would be ‘folly’ to consider Hibs as SPFL Premiership challengers before at least 30 games are played

NEIL LENNON insists it would be ‘folly’ to suggest Hibs can compete for the title this season – unless they are still in the race with five games to go.

Some are viewing their trip to face champions Celtic as a barometer for how serious the Easter Road men’s chances can be treated.

With the Hoops stuttering so far this term and Hearts taking advantage to top the table two points ahead of Hibs, much has been made of the challenge from the east. 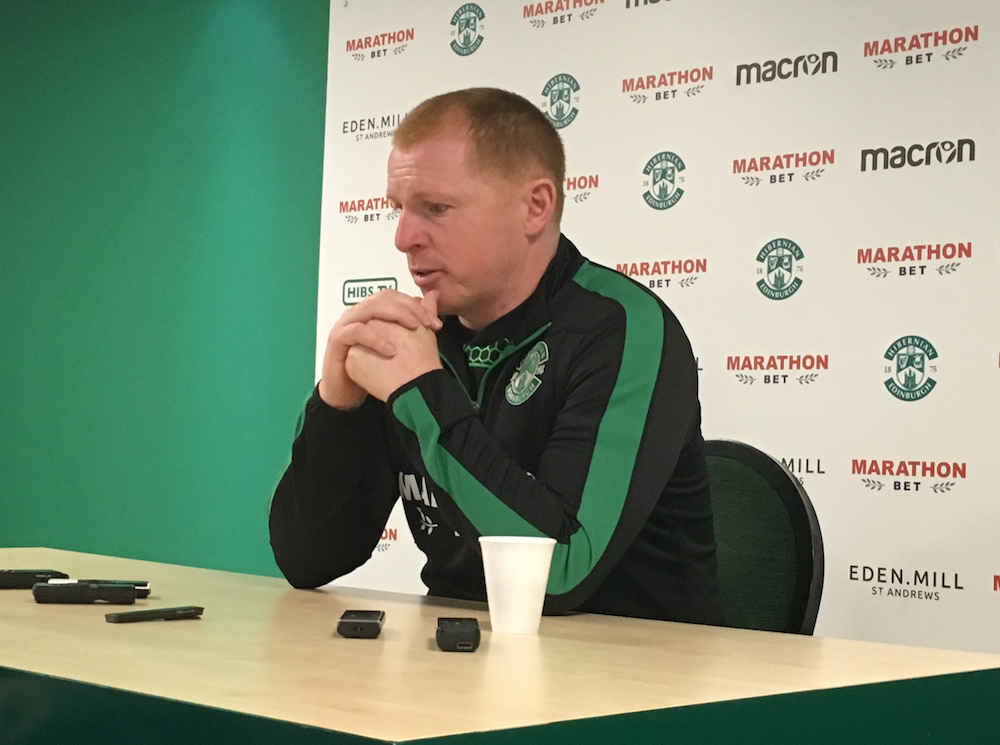 But, even if they keep up their own impressive start to the campaign with a positive result at Parkhead, Lennon has dismissed suggestions they should be viewed as genuine contenders.

Asked when he would think Hibs had a chance of a shock success, he said: “After 30 games. We would have to be 30 games into the season and maybe even after then.

“You are looking at 33 games before the split and if you are in or about it then, with five games to go, then you have to say that you are in with a shout.

“Apart from that, any time before that is just folly for me.

“We are only eight games into the season, not even a quarter of the way through, and people are talking about title contenders!

“Sorry, I don’t buy that. We are not buying that. We will continue on as we are.

“I’m not sure we have the experience yet to go the whole way.

“We had a good season last year and if we can end around that or emulate it or better it then I will be absolutely delighted considering the quality we lost during the summer.”

Both teams go into today’s encounter on the back of 6-0 victories, with Hibs dishing out a hammering to Hamilton Accies a fortnight ago and Celtic overcoming European disappointment by thrashing St Johnstone.

After achieving the most success of any team against the Hoops last season, with two draws and a win apiece in the league, Lennon believes his team should relish the trip west.

However, with the departure since of the likes of John McGinn, who was crucial to those performances, he accepts it could be a very different story this time round.

He added: “I am looking forward to it. I think it is a game that the players should look to on the fixture list.

“You are playing the champions at Celtic Park, which is a great stadium and it is a great pitch and great opposition. That is what you are in the game for.

“I don’t think there is anything to fear but there are concerns about playing a quality team and what they could to you.

“We are in good form and the boys are in good condition. I want them to compete, as we did that well in the four games against Celtic last season and we are looking for more of the same.

“But we could go to Celtic Park and get dismantled.

“Celtic can do that to anybody or we can go there and with the best will in the world perform to a level above what we are capable of.”