HIS STORY could have been more tragic; a promising artist whose growth, stunted by childhood riding accidents, caused him to feel like a misfit and gravitate to the lively, debauched districts of the French capital.

But instead, Henri de Toulouse-Lautrec’s impact on the post-Impressionist art world of the late 19th century was so energetic and vital it led to a revolution in design and the birth of celebrity culture.

Lautrec (1864-1901),was born into an aristocratic clan – but sought solace in the arms of the flamboyant prostitutes and drinking dens of the bohemian music hall and cabaret district of La Belle Époque, Montmartre, where writers, artists and musicians whiled away their days and nights.

And while his story did not end well – he died early at  just 36, a consequence of syphilis and the absinthe abuse that characterised his later years – the diminutive painter brought colour, confidence and showbiz splendour to a market that helped spawn creative advertising as we know it today.

Now the Royal Scottish Academy has daubed yellow paint on it’s walls, reflective of the spinning leaves outside and the warm interiors of the artist’s haunts, to showcase Pin Ups: Toulouse-Lautrec and the Art of Celebrity, their new autumn/winter show.

The exhibition, a 75 strong collection of works by Lautrec and other contemporary artists, including, Pierre Bonnard, Scottish colourist JD Fergusson, Theophile Alexandre Steinlen, Jules Chéret, ‘father of the modern poster’ and Brits, Walter Richard Sickert and Arthur Melville, looks at the pioneering poster designer, whose effect on commercial art was as profound as 1950s Warhol.

Bright and uplifting it charts the artist’s action-packed career, showcasing his lithographic posters, portfolio prints and illustrations. The flouncy-skirted dancing girls in their finery, echoing the influence of Manet and Degas, among his artistic inspirations, and the decadence of a celebrity culture that existed way ahead of our own, are revitalising and compelling. More detailed etchings of dancers and singers have a different appeal.

Lautrec’s canny fusion of his own artistic ambition and the need for venues and performers to advertise shows was a win-win scenario in the pleasure hub of the French capital and many of the women in his works became big stars in their own right.

Highlights of this exhibition include Moulin Rouge – La Goulue, on loan from the V&A in London, Lautrec’s first poster and experiment in lithography, which turned him into a household name from an unknown overnight.

Other muses, including singers, Jane Avril and Yvette Guilbert, and his representations of their fin de siècle Parisian appearances, also feature in this historically revealing collection.

And a poster of the famous nightclub singer and poet, Aristide Bruant, a wizard at self-promotion who solicited Lautrec’s help in marketing his show, versions of which are still plastered across living rooms and student’s bedrooms, is also displayed.

Lautrec, painter, print-maker and caricaturist was born in Albi near Toulouse, and only fell into poster art by accident. Desperate to leave home and set up as an artist in bohemian Paris, his mother introduced him to Leon Bonnat, who let him study at his studio.

Later he worked with artist Fernand Cormon, and met Vincent Van Gogh, Emile Bernard and Louis Anqetin, who all went on to establish names for themselves as respected avant garde painters.

Frequenting the sassy nightclubs of Montmartre, including the Moulin Rouge, so famous for the raucous Can Can, the Ambassadeures and La Chat Noir, he picked up on a business opportunity to promote clubs and artistes and aligned it with his penchant for lithography – an emerging and exciting new art form.

While poster art became his hallmark, Lautrec’s painting talent was formidable.  In 2005, one of his early works of a laundress, fetched £13 million at a Christie’s auction in New York.

But even in his lifetime the artist had won commercial and public acclaim, exhibiting in solo and independent shows in Paris, Brussels and London, where he met and befriended the writer Oscar Wilde.

Known for his sense of humour and warm personality, Lautrec lived for much of his time with fellow artists. Later in his career he resided permanently in the city’s brothels, observing and painting the prostitutes in their day to day life.

Lautrec’s imaginative take on La Belle Époque, Montmatre was more than a match for the hoopla and showmanship of the cabaret he observed and too this day remains vital and impressive. As for our own celebrity culture, a century and more on: the Kardashians and Beckhams might well have benefited from the deft hand of a professional image maker like Toulouse-Lautrec. 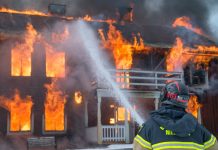 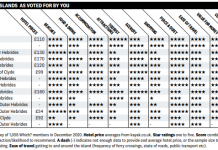