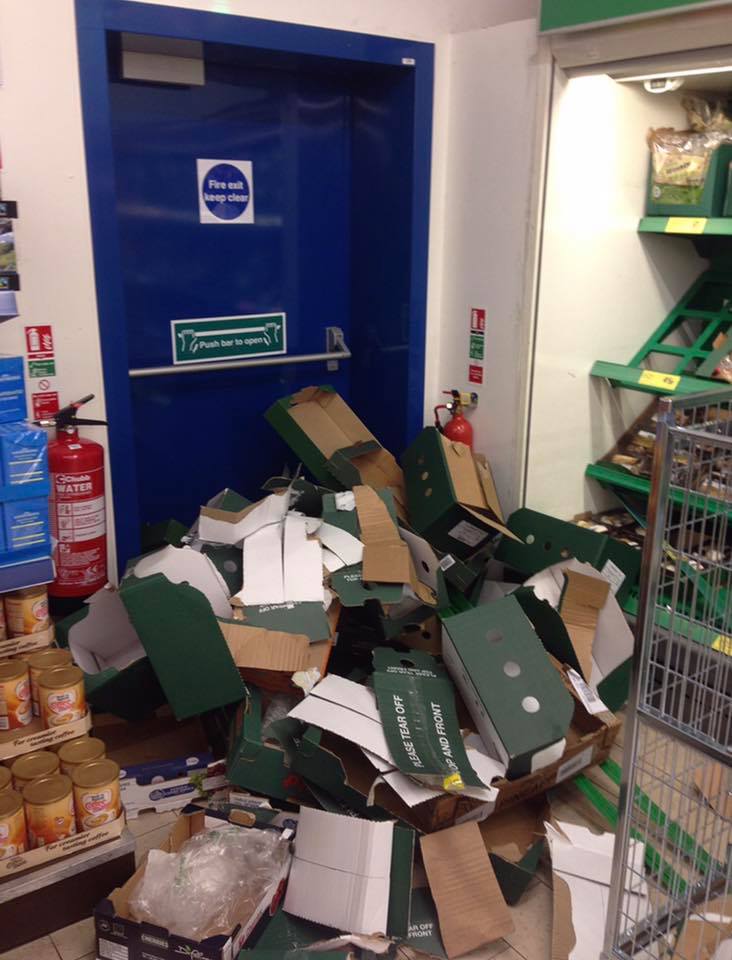 The most recent image was taken on November 11 at the Lidl in Midsomer Norton, Somerset.
But Dan, 43, claims the chain has ignored repeated complaints about the safety hazard.
Avon Fire and Rescue confirmed today that “appropriate action will be taken” on reported issues regarding fire safety.
Dan posted the collection of pictures with the caption: “Best you don’t start a fire in Lidl UK.”
In the images the pictures reveal empty boxes for holding products abandoned in a stack blocking the fire exit with a metal trolley for carrying products.
A few of the images were of heavy metal cages filled with empty cardboard boxes blocking the fire escape. 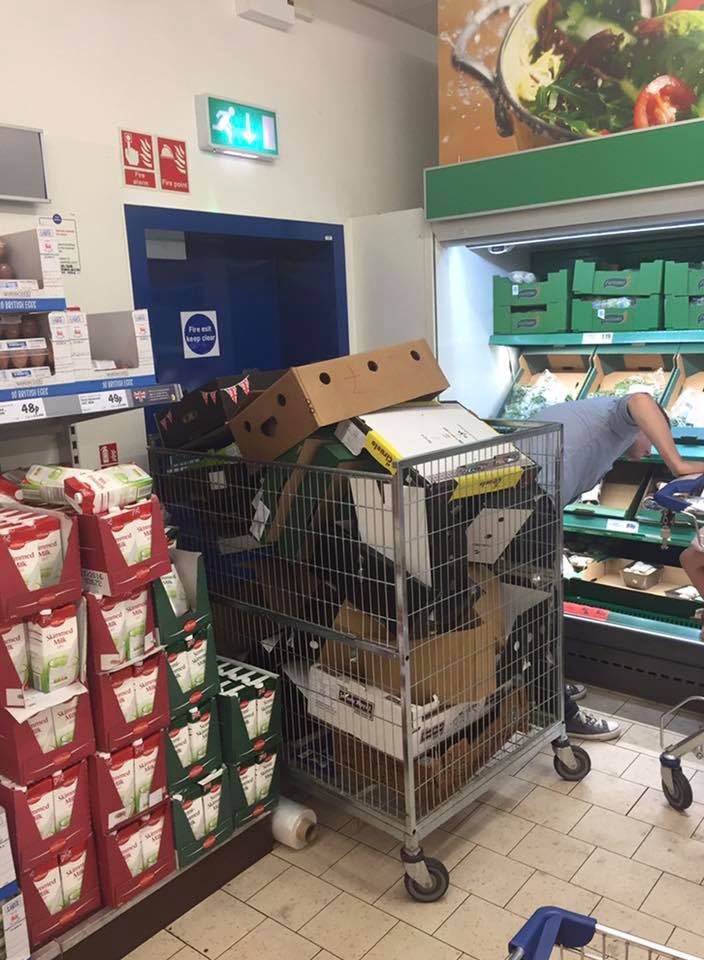 Helen Yates commented on Dan’s post on social media writing, “Gosh that’s bad.”
Julian Jefferson added: “Bloody hell.”
Speaking today (Mon) Dan said: “It’s bad every week. The staff couldn’t care less. They’re too focused on seeing how quickly they can scan your shopping.
“It was over the course of a year or so. I don’t go to that Lidl often but when I did it was always blocked the door.
“The first time I politely pointed it out to a staff member and they ignored me. So I sent it to Lidl FB page – they apologised and said they look into it.
He added: “Kept happening each time I went so when I remembered I took pics of it. There were countless occasions when it was blocked but I didn’t take a pic for whatever reason. I messaged Lidl again – and got the same response as before. 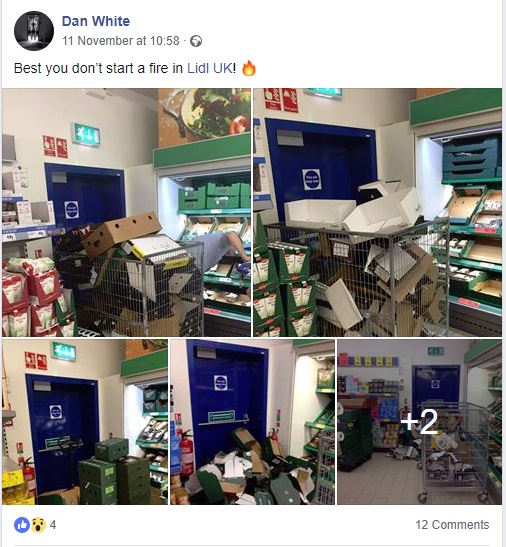 “I brought it to their attention four years ago. But nothing’s changed. Virtually every time I visit it’s the same, and is not an isolated incident.”
Steve Noble, Station Manager for Technical Fire Safety, said: “Avon Fire & Rescue Service enforce the Fire Safety Order throughout our service area and we always aim to take a proactive approach to working with business and other premises in ensuring they comply.
“Any blocked fire exit in a commercial or residential property is a serious concern and appropriate action will be taken when issues are reported to us.
“This can range from enforcement action to working with a business to coach to compliance.”
A spokeswoman for Lidl said: “We sincerely apologise to our customers and would like to reassure them that this is being addressed as a priority, to avoid any recurrence in the future.”
“Healthy and safety is of the utmost importance to us and we have strict procedures in place to ensure that our stores operate to a high standard.
“We were therefore extremely disappointed to learn of this matter.”