A MUM claims she opened a bag of Poundland rabbit muesli for her hungry pet – and a dead mouse fell into the bowl.

Caitlin Cameron posted pictures of the mouldering mouse covered in what should have been dinner for Simba the rabbit.

The 21-year-old’s snaps show a furry body with tail and paws and a large, open bag of rabbit muesli.

Caitlin, mum to two-year-old Kayden, wrote on Facebook: “I am raging. So I got my rabbit food from Poundland not thinking anything of it

“I open the packet to feed Simba and start putting some in her bowl and here comes a dead mouse.

“Don’t buy any food for your pets. I’ll be phoning the company, it’s a joke, I’m raging. Please share.”

Speaking today, she added: “I was shocked at the start. I shouted on my boyfriend and my friend and they came through and then I phoned Poundland themselves.

“They said sorry, told me to go in and take the food with me. That I’ve done and they tried to give me the £1 back and said the manager will contact me tomorrow which I think they won’t do.”

Caitlin reckons Simba is now off her food as a result.

“My rabbit hasn’t eaten at all just now,” she said. “Because of it I’ve to take her to the vet tomorrow to be checked.

Charly Bisset said: “Omg that’s disgusting. Wtf hope they do sumin about it.”

In February last year it was reported Poundland was fined £40,000 after mouse droppings were found near baby food in one of its stores.

The breaches were recorded at a branch in St John’s Shopping Precinct, in Liverpool, in October, 2016.

Poundland admitted the breaches of food and safety health, after deciding that internal procedures were not being adhered to.

A spokeswoman for Poundland said: “We’re sorry to hear of this.

“The store has spoken to Caitlin and refunded her £2.

“We’re clearly as keen as her to know from our supplier how this happened.” 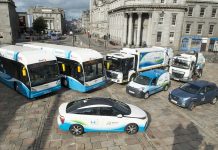