A DISAPPOINTED wannabe Romeo has been exposed after he billed his date for her £5 drink.

Angela Doyle from Norwich, went on the date, but later decided she “wasn’t feeling it,” prompting a response she wasn’t expecting.

The man who goes by the name M. Barry texted her back explaining it’s expensive being constantly rejected and asked for her to transfer £4.95 for the Gin and Tonic he paid for.

Angela’s daughter, Sophie, shared the rather awkward message to Twitter on Tuesday where it has received a huge response.

She captioned the post: “Mum went out on a date and wasn’t feeling it. The guy fully texted her and asked her to send him £4.95 for her G and T.”

The message Angela sent Mr Barry reads: “I wish you lots of luck in finding your special person. Take care and it was nice meeting you” it finishes with a big cross.

However, the man replied to Angela writing: “Oh dear. It’s expensive being a man being rejected all the time.

“Please be kind enough to put 4.95 in my account to pay for your drink. Account is natwest M barry.

Then he provides his sort code and account number and finishes with “thanks”.

@MaebyKate wrote under Sophie’s post: “She dodged that bullet. Surely £4.95 doesn’t cover her pain and suffering for not bailing mid-date.”

@Wash_Hogwallop added: “We now know that £4.95 is above the ceiling of what he’s willing stake to win a heart. Ouch baby, very ouch.”

@cath_sanders posted: “This is the kind of guy that adds everything up while dating and expects a refund if and when things end.

“£4.95 for god sake I’d be really annoyed to receive such a rude message and be glad the date went no further.”

However, some users shared their own experiences of people asking for money they spent during relationships back after it was over.

@lornamcwalk wrote: “When I split from my boyfriend at 17, his mum rang my mum and asked for £365 to cover the meals I’d had at their house over the last year.”

@CarrollJackie99 said: “Some people are weird. My daughter’s first husband was having an affair with an ex and they split up.

“His mother wrote to her asking her for £395 for the divorce fee. I couldn’t possibly tell you her reply, not even on twitter.”

Speaking today Angela said she declined to comment except to say that she didn’t want to upset the man involved.

She said: “I’m actually a bit embarrassed about what was said. I also wouldn’t want the guy involved feeling any more rejected or upset.” 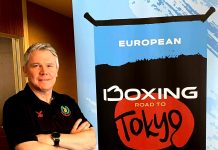 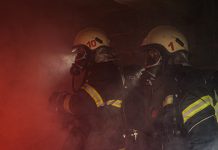