Aberdeen winger Niall McGinn admits he was thrilled to realise a career ambition of scoring for Northern Ireland at Windsor Park.

Rangers midfielder Steve Davis then sealed the victory from the penalty spot.

McGinn has now netted four times from 54 caps although his previous three strikes were scored overseas.

He celebrated his first against Portugal in 2012 and also found the net in Hungary two years later.

A goal in the Euro 2016 finals against Ukraine remains among his highlights but he 31-year-old was over the moon at crossing off his objective of scoring in front of his own fans.

McGinn, who had notched two goals in as many games for the Dons before joining up with his country, said: “Personally, I was delighted to get my first goal at Windsor Park.

“It’s massive, I’ve always wanted to score here, I’ve probably scored some important goals away from homes, and obviously the Euros as well, but it has always been a big thing for me to get a goal at Windsor and thankfully I’ve done it.

“I’ve been confident and came here in good form having scored a couple for my club.

“I think patience was key, we created a couple of chances in the first half and we got balls in the box.

“My goal gets us off to a good start in the second half and then we had Davo killing it off with the penalty – and it was a a great night all round, a good performance and clean sheet.”

Rangers player Davis, who captained the team, was also delighted to find the net in his 108th cap in front of the Windsor Park Kop.

He said: “I felt okay, I had hit a couple of penalties earlier on in the season, it’s always a good opportunity to score and it was nice to see it hit the back of the net.

“The fans here have always given me confidence and I’ve had a great relationship with them, it’s always nice to score in front of the fans in the Kop.” 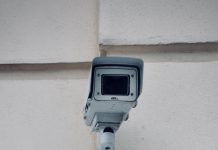