RARE ROCKS discovered on a remote mountainside have alerted scientists to the dangers posed by a little-studied type of volcano.

Researchers from the University of Edinburgh claim the volcanic rocks found in East Africa have provided vital clues into the hazards associated with active volcanoes.

The volcanic remnants were formed by intense eruption in the now dormant volcano Aluto in Ehtiopia.

However, the eruption that led to the creation of these rocks are now thought to be more dangerous than previously thought.

Their findings provide fresh insight into the hazards posed by a certain type of volcanic activity that was was poorly understood that was common with relatively small but steep volcanoes.

Previous studies had suggested that Aluto last erupted more than 2,000 years ago and the eruptions were quite small and presented a low risk to all but those living very near them.

These small, ultra-light rocks were found a long way from the volcano, suggesting they were carried in a hot jet of volcanic material – known as an eruption column – and fell from the sky.

Eruption columns are formed only during powerful eruptions, and collapse to form fast-moving avalanches of super-heated rock, ash and gas, researchers say.

The rocks are composed of a thin layer of volcanic glass surrounding a porous, foam-like interior.

This structure reveals that the rocks were still hot and sticky when they hit the ground, researchers say.

Their findings could build a clearer picture of the risks posed by these rare volcanoes, which are among the most common types found in East Africa.

Others are found in Iceland and on Mayor Island, New Zealand.

Researchers from the University of Edinburgh used a range of precise techniques to analyse the rocks and better understand the eruptions that formed them.

The study, published in Nature Communications, was funded by the Natural Environment Research Council.

PhD student Ben Clarke, of the University of Edinburgh’s School of GeoSciences, who led the study, said: “Many people live on and around these volcanoes, which also host valuable geothermal power infrastructure.

“Our work suggests that future eruptions at these volcanoes have the potential to cause significant harm, further from the volcano than we previously thought.

“Continued interdisciplinary research to understand and manage this risk is required to safeguard people and infrastructure in Ethiopia.” 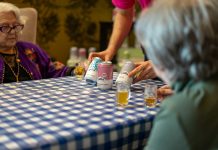 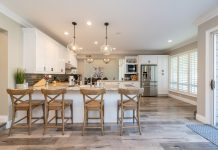 House building; How to Improve Your House Design with Equity Release Money? 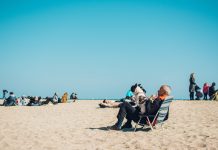 Building Your Retirement Plan? Should Equity Release be Part of It?